Emma of Normandy: A Life 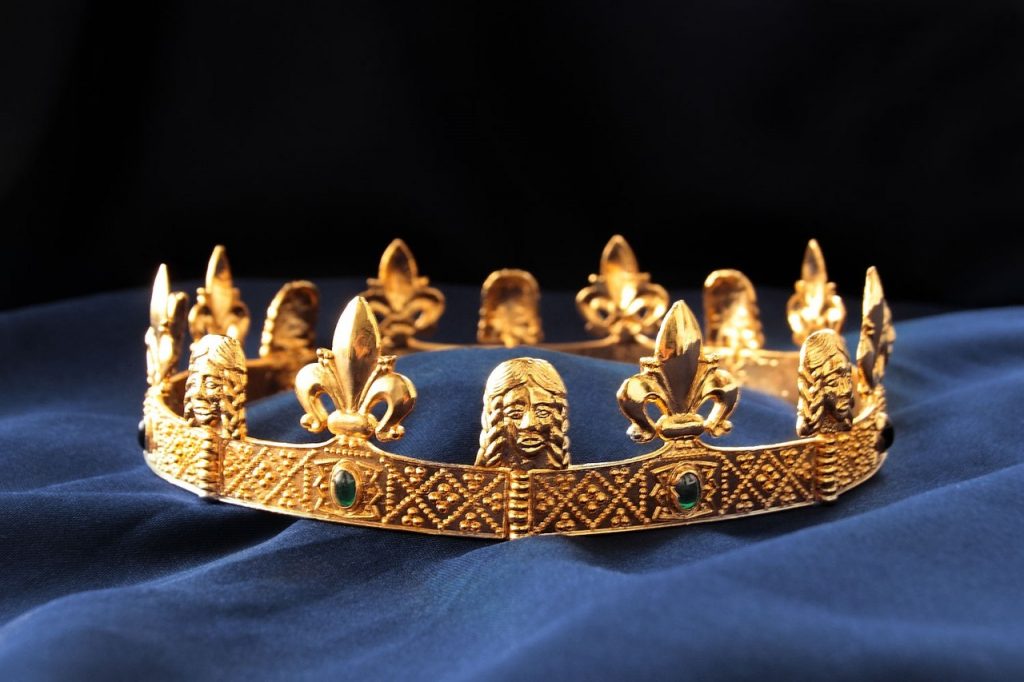 Her first marriage in 1002 was to King Æthelred II—a widower with 10 children, several of them adolescent sons who must have been more than a little alarmed to see dad take a new bride who was young enough to be his daughter and who would likely give him sons to one day vie with them for England’s throne. On Emma’s arrival in England, she surely had to negotiate some thorny family relationships at the same time that she was learning to navigate the sometimes deadly interplay between the king, the nobles, and the ecclesiastics who jockeyed for power in 11th century England. And, along with everyone else, she had to  avoid the marauding viking armies who regularly ravaged the kingdom. 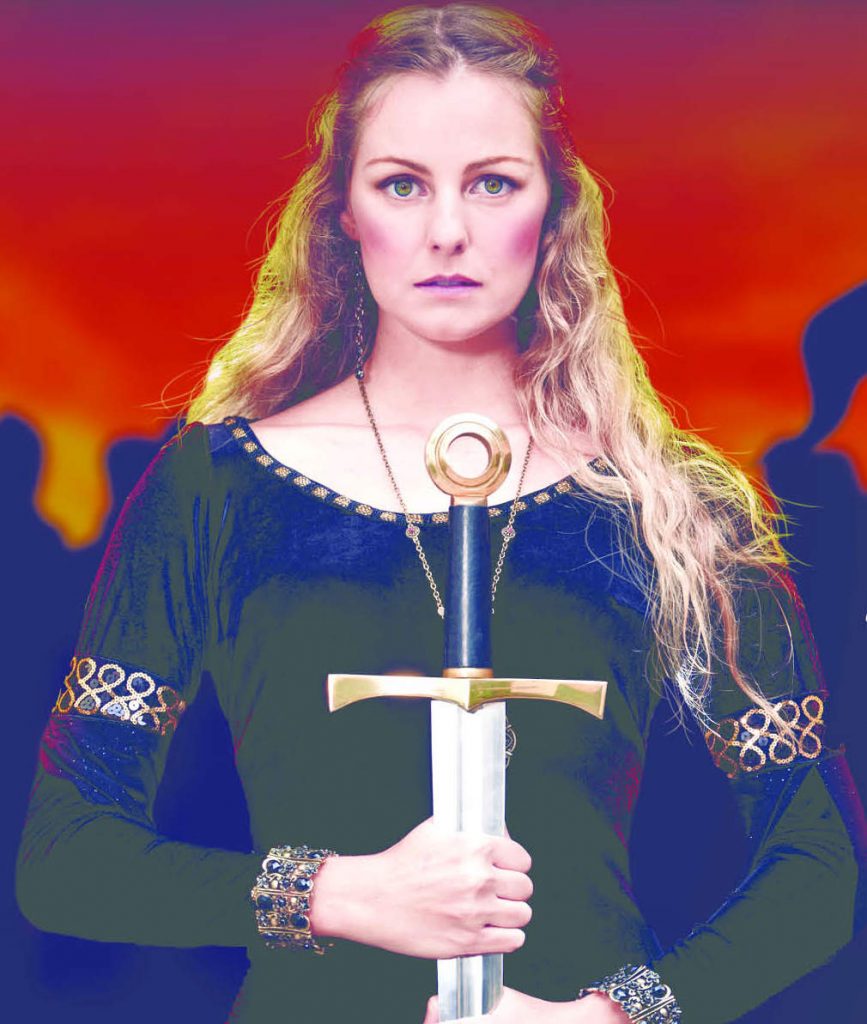 A modern interpretation of Queen Emma from my novel The Price of Blood.

The years of that first marriage could not have been easy ones for the young queen, but Emma was well prepared to face them. She appears to have been a polyglot who spoke Norman French, had probably learned Danish from her mother, and no doubt picked up the English tongue quickly if she didn’t know it already. There is evidence that she could read Latin, which was the language of literature and law in England and the rest of Europe. Before she was 20 years old, she was a wife, a queen, a stepmother, a mother, a landowner, a patron of the church and the arts, and the manager of a vast household.

By 1013, though, with England at all-out war against the invading Danish king Swein Forkbeard–and losing–Emma was forced to abandon her many English properties (and their incomes) and flee to Normandy with her children. 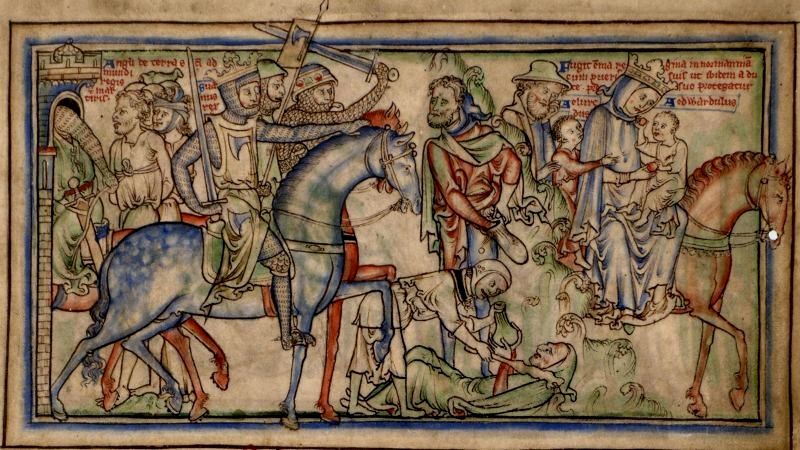 Emma and her children flee war in England. From the 12th c Life of Edward the Confessor (Wikimedia Commons)

There she persuaded her brother, Duke Richard II, to offer refuge to her husband and his court when no one could possibly have estimated how long such an arrangement might have to last. Once again there must have been some family tensions to navigate.

Swein died suddenly, though, in early 1014 and Æthelred, invited back to England, ousted Swein’s son Cnut and the remnants of his viking army that were scattered all across the kingdom. Emma returned to England as well, but there were more trials to face. In 1015, while the king had some of his powerful lords murdered and his eldest son responded by rebelling against him, (more family strife–it never got easy), the Danish prince Cnut, determined to win himself a kingdom, returned with a massive army. In 1016, probably to no one’s sorrow, King Æthelred died and Emma’s stepson Edmund, now the king, took up the fight against the Danes. When Cnut laid siege to London, Emma was trapped inside the city, and there are indications that the widowed queen played a role in the citizens’ successful resistance, although we cannot be sure. Stories differ. What is certain is that her stepson, King Edmund Ironside, lost a major battle at Assandun in late 1016 and died soon after. When the dust settled, in mid-1017, Emma married Cnut, the victorious new king of England, and her second reign as queen began. 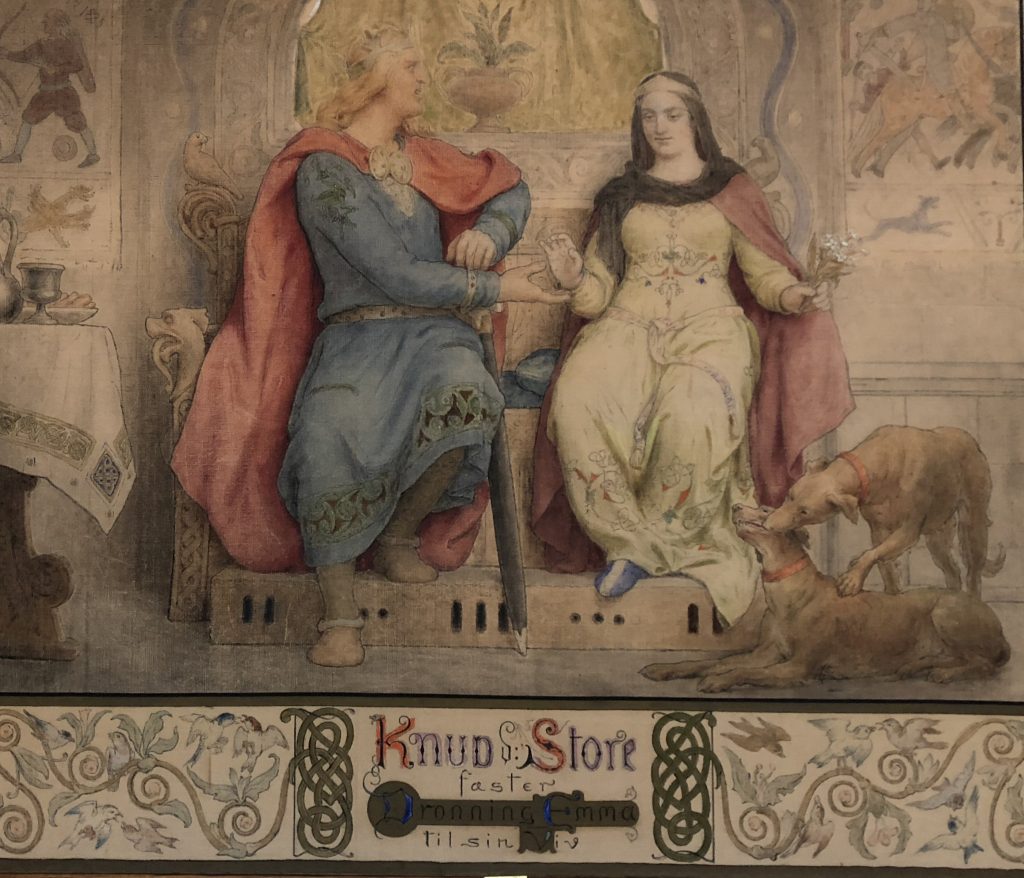 Emma made certain that her children by Æthelred—Edward (12), Godgifu (7), and Alfred (4), were given refuge in Normandy with her brother. As a result, the relationship between Emma’s children and their Norman kin would be very strong, and in 1066 their cousin William would use those ties to bolster his claim for the English throne, and we all know how THAT turned out. But that was way in the future—there would be 4 kings of England between the reigns of Cnut and William the Conqueror.

As queen consort and advisor to Cnut, and as patron to churches and abbeys in England and in Europe, Emma was even more powerful during Cnut’s reign than she had been during Æthelred’s. According to Emma, it was a marriage of equals.

Cnut’s hold on England was eventually secure enough that he could journey to Rome and lead armies in Scandinavia, leaving England in the hands of regents, one of whom was likely his queen, Emma. She and Cnut had two children: Harthacnut, who would become king of Denmark and England; and Gunnhild who would marry the son of the Holy Roman Emperor.

Still, there must have been some tensions within the royal family itself. When Cnut married Emma he already had a wife, Ælfgyva of Northampton, who had given him sons and who was lurking somewhere in England or Scandinavia. Aware of this problem from the start, Emma demanded a pre-nup from Cnut guaranteeing that any sons she might have would be his heirs; but when Cnut, whose empire included both England and Denmark, died in 1035, the only one of his sons in England was Ælfgyva’s boy, Harold.

Urged by his mum, Harold immediately presented himself as the claimant to Cnut’s English throne, earning the nickname Harefoot. Because Emma’s son, Harthacnut, was in Denmark preparing to defend it against imminent invasion by the Norse and the Swedes, the English magnates decided to divide England in half: Harald to govern north of the Thames, where his support base was, and Emma to govern as regent for Harthacnut in the south. To complicate things even more, Emma’s sons by Æthelred arrived in 1036 to stake their own claims to the throne, and the outcome was disastrous. Alfred was captured and killed by men loyal to Harold, Edward fled back to Normandy, and Emma was driven out of England by Harold, taking refuge with her noble kin in Bruges.

Even in exile, though, Emma was working to place one of her sons on the throne of England. She summoned Edward and they discussed it, but his younger brother’s tragic fate at English hands convinced him that he wouldn’t have support from the English. In 1040 Harthacnut joined Emma in Bruges, fully prepared to make the attempt to oust Harold, his half-brother, from the English throne. Just as Emma and her son were about to lead an invasion force to England King Harold Harefoot conveniently died. Harthacnut, age 22, claimed the crown of England with Queen Emma beside him to offer support and counsel.

Emma was now mater regis, mother of the king, and once again a significant force in English politics. In 1041 Harthacnut invited his half-brother Edward to England from Normandy. This was probably Emma’s suggestion, and it may have been because Harthacnut was not well. 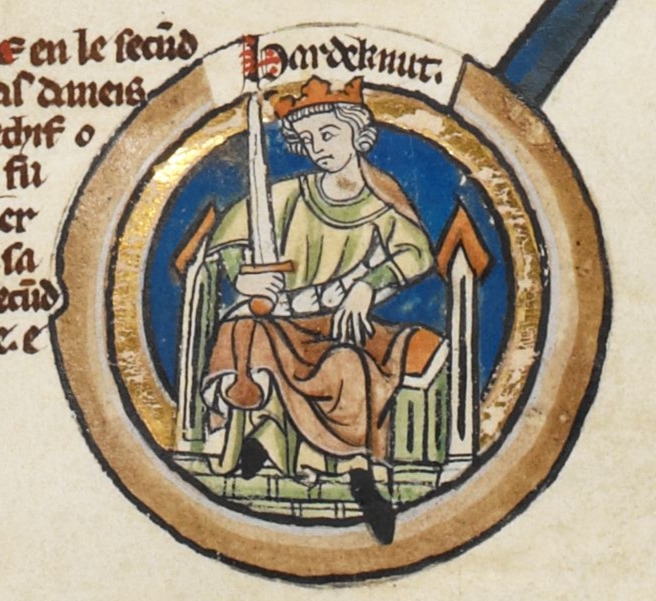 For a time, Emma was once more a powerful political figure, second only to her sons. We know this because of her signature on charters and because she commissioned a book—a remarkable example of 11th century political spin that related events in England, from the war with Swein Forkbeard in 1013 to the beginning of Harthacnut’s reign in 1040, as Emma wanted them remembered.  Known now as the Encomium Emmae Reginae, it might have been read aloud as entertainment at court, the Latin translated aloud into Danish, Flemish, French and Old English. 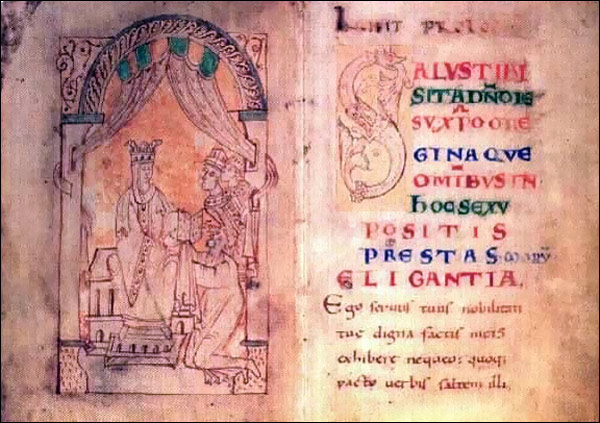 Emma receives her copy of the Encomium Emmae Reginae from the writer as her sons look on. (Wikimedia Commons)

But in 1042 Harthacnut died, and Edward, almost 40 years old, became sole ruler of England. He did not want any help from his formidable mother, thank you very much, and it especially irritated him that mummy had control of the royal treasure. In 1043 he rode to Winchester to confront her, taking with him three powerful earls and a force of armed men. (Did I mention that Emma was formidable?) With their help he confiscated the royal treasure and divested his mother of most of her lands, ordering her to live a quiet life; for a while she did. But she was back at court in 1044, perhaps having persuaded Edward that he had been too harsh in his actions toward her. Eventually, though, her name disappears from the witness lists and it must be presumed that, after Edward married in 1045, Emma finally decided to step aside. (Two queens is always one too many. More family strife.) Maybe she hoped to retire and help raise the king’s children. If so, she must have been awfully disappointed when there weren’t any.

Emma outlived all of her children except for her son, Edward the Confessor, and a daughter, Godgifu–both children of AEthelred.  She was buried at the Old Minster in Winchester next to Cnut and Harthacnut, and when that building was pulled down their bones were preserved with others in mortuary chests in Winchester Cathedral. 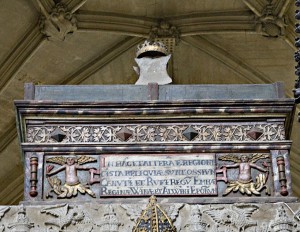 In the past decade Queen Emma, for centuries relegated to the footnotes of history, has been re-discovered. Helen Hollick based her novel The Forever Queen on Emma’s life story. I built my Emma of Normandy Trilogy around her years as Æthelred’s queen. Now, British composer William Blows has written a symphony titled Queen Emma which celebrates her life. She is no longer a forgotten queen. And in Winchester, the bones in those ancient mortuary chests are being examined to see what DNA testing can tell us about the royals of Anglo-Saxon England, including the formidable queen, Emma of Normandy.

Predatory Kinship and the Creation of Norman Power, 840-1066, Eleanor Searle

10 Responses to Emma of Normandy: A Life