The Ghosts of Christmases Past 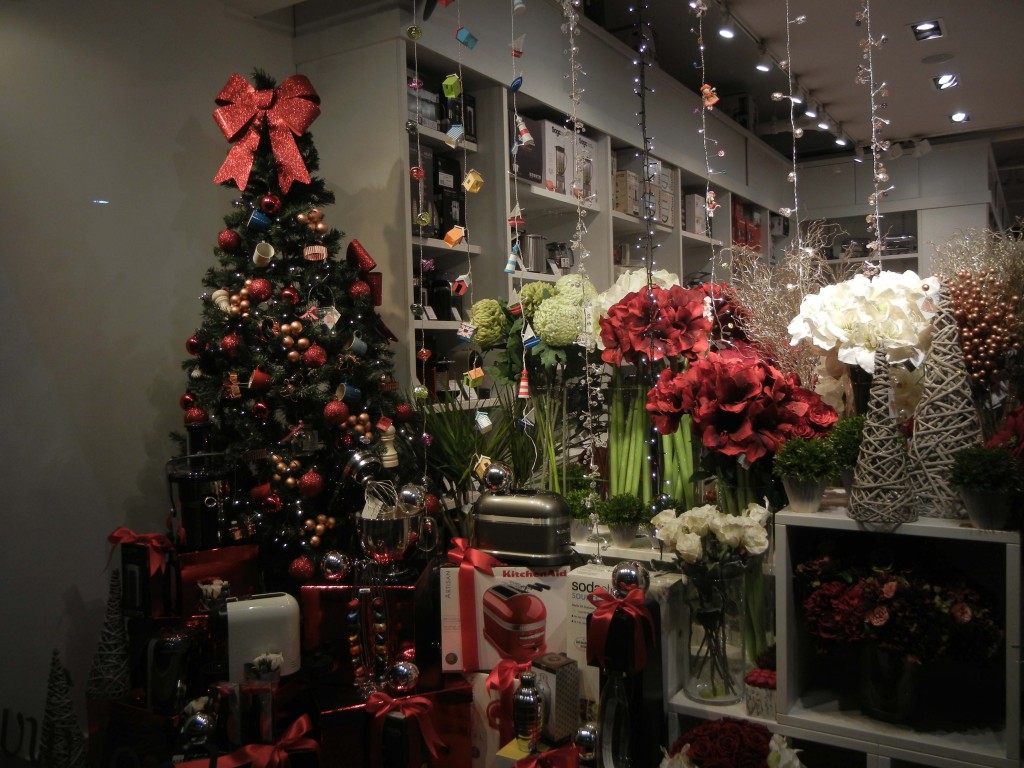 Did you notice that, this year, the Christmas shopping season began considerably earlier than in the past?  Christmas decorations now appear in store windows right after Halloween – pumpkins to pine trees in the blink of an eye. Many shops ignored the traditional start of holiday sales known as Black Friday, and had their doors wide open even on Thanksgiving Day.

This frenzy of shopping throughout November and December is relatively new, if you consider the past 1200 or so years of Christmas traditions. In centuries past, the four weeks before Christmas – Advent – were a time of prayer and fasting, culminating in a feast on December 25. In the 9th century, it was the Anglo-Saxon king, Alfred the Great, 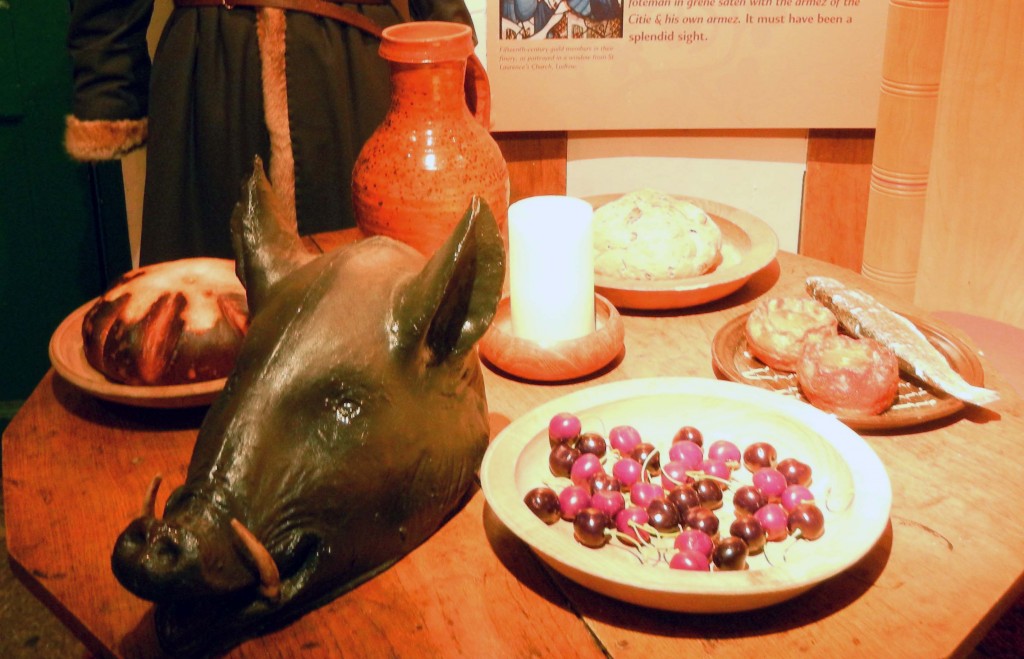 who extended the Christmas Day feasting into January, so that the celebrating lasted a full twelve days, starting on Christmas day and lasting until Epiphany on January 5. The Anglo-Saxons must have needed all the carbs (from beer) and protein (from boar) they could get to last them through the long, lean days of winter until the next great feast at Easter, but the celebration did not start until December 25.

The medieval Christmas feasting that was embraced in England from the time of King Alfred (9th century) all the way through the reign of Charles I (mid-17th century) stopped abruptly, though, when the Puritans came into power. The stern Puritans believed that the celebration of Christmas was an abomination, and so they cancelled it. From 1644 until 1681, there was a law on the books in England forbidding excessive celebrating at Christmas.

And it was those same stern Pilgrims who founded the New England colonies across the sea. They must have been admirably courageous, stoic and resilient to endure those early, desperate years in the American wilderness. But they were also hard-nosed, flinty-eyed, no-nonsense, religious zealots. (I write this as one who, my genealogy-minded sister has informed me, had an ancestor on the Mayflower.) On Christmas Day in 1620, at Plymouth, the Pilgrims showed their contempt for Christmas by spending the day building their first structure in the New World. No feasting, no singing, no holiday, and not even a religious service. It stands to reason when you think about it. The need for shelter against a cold New England winter must have trumped any thoughts of celebration. Nevertheless, even as late as 1870, Boston public schools were open on Christmas Day, and students were expected to attend or else.

In the southern colonies of America, the story was a little different. Jamestown was founded in April, 1607, not by Puritans but by members of the Church of England. Their first Christmas was not recorded, possibly because by Christmas of that first year, only 38 of the original 104 settlers were still alive. The deaths of two-thirds of their company over eight months must have been a bitter blow. But the intrepid John Smith describes a 1608 Yuletide feast of shellfish, meat and poultry that he celebrated with the Indians when he and a dozen of his companions were foraging for food outside the settlement. Bleak as it may have been, Christmas Day was observed in early Virginia.

When the later colonies were founded, they celebrated Christmas with the traditions they brought with them from the old world, whether they were Dutch or English, Polish or Portuguese. As the colonies became a melting pot of nationalities and religions, the earlier Puritan prohibition against celebrating Christmas faded, and even in Boston folk kept Christmas however they wished. Thomas Jefferson described his 18th century Virginia Christmas as “a day of mirth and jollity”.

Over in England, where the Industrial Revolution had emptied villages, the exhausted, dispirited urban populace had no energy for celebration. Luckily for all of us, Charles Dickens published A Christmas Carol in 1853, and he is credited with reviving the spirit of Christmas in Britain. In America, the March girls in Louisa May Alcott’s Little Women (1868) celebrated the season not by shopping, but by making presents for Marmee, giving us a tender picture of a thrifty New England Christmas. By the time President Grant declared Christmas a Federal holiday in 1870, the kinds of excesses that had offended the Puritan settlers no longer characterized the feast. It had become a time of nostalgia and hope, of family warmth and communal ties, of tradition and good cheer. Alas for us, it would become the Season of Shopping soon enough.

One Response to The Ghosts of Christmases Past