Last Friday we woke to fog shrouded windows and beyond them, to frost on the rooftops of Fussen. Later, as we drove north along the Romantic Road, the outside temperature registered -.5 degrees. Frost covered the trees and fields, but a scattering of dun-colored, velvet-pelted cows seemed unperturbed by the chill. Our itinerary called for stops at three of the many towns along the well-travelled Romantische Strasse, and by the time we made it to the first stop, Nordlingen, the sun had burned off the frost and the fog, but it was still cold. 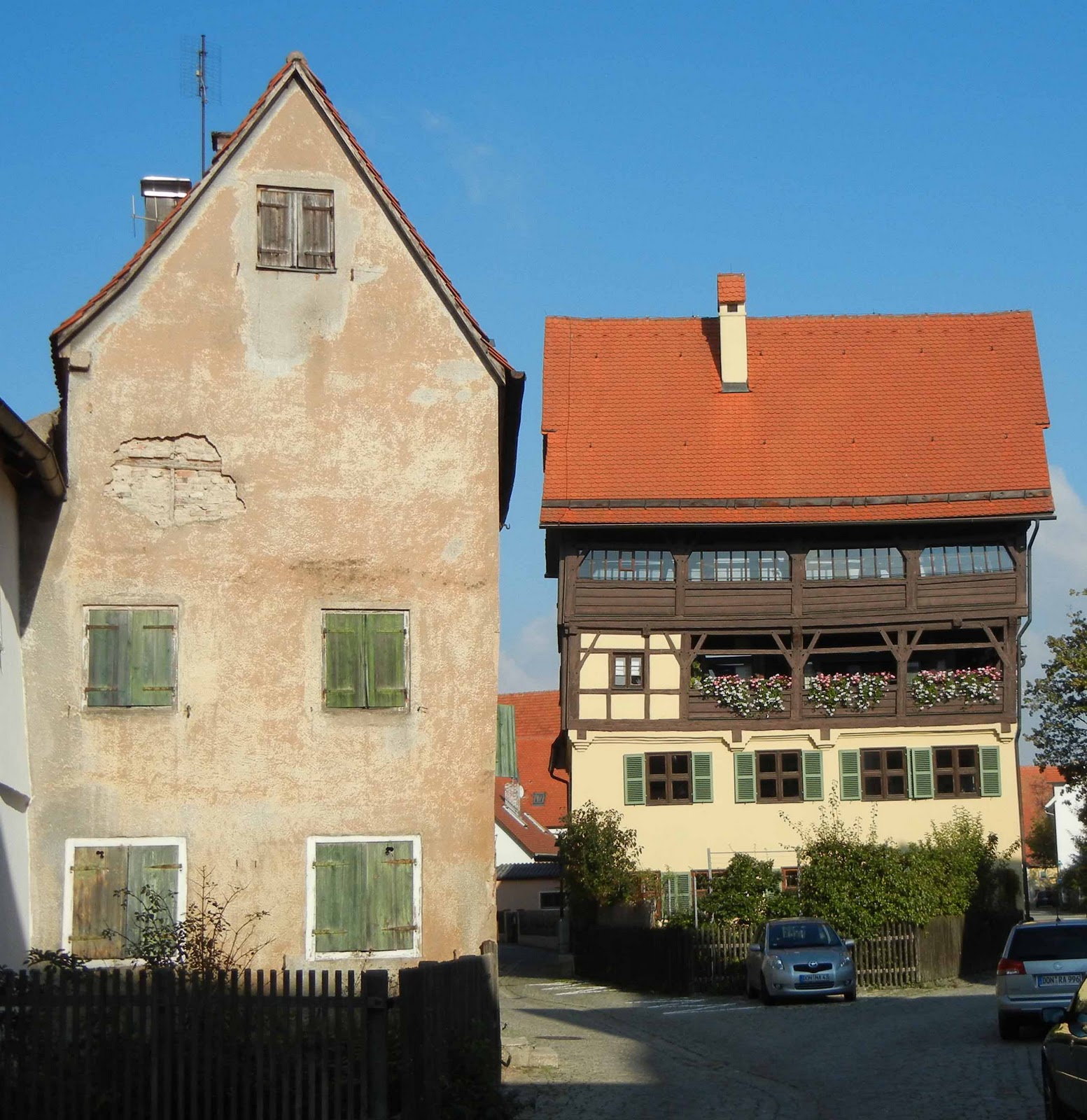 Nordlingen is a modern-day village dropped into a medieval setting. It doesn’t feel like a tourist destination, just a place where people have been going about their business in the same houses for the last 700 years. It sits within the impact crater of a meteor that hit 15 million years ago, and I climbed the tower of the gothic St. Georgskirche, 320 steps, to see if I could spot the edges of the crater. No luck. The Rieskrater Museum had some great photos, though.