The cruise portion of our trip began in Nuremburg – a large, bustling, industrial city that suffered greatly in the 1930’s and 1940’s, first from Hitler’s megalomaniacal hatred, and then from the War. 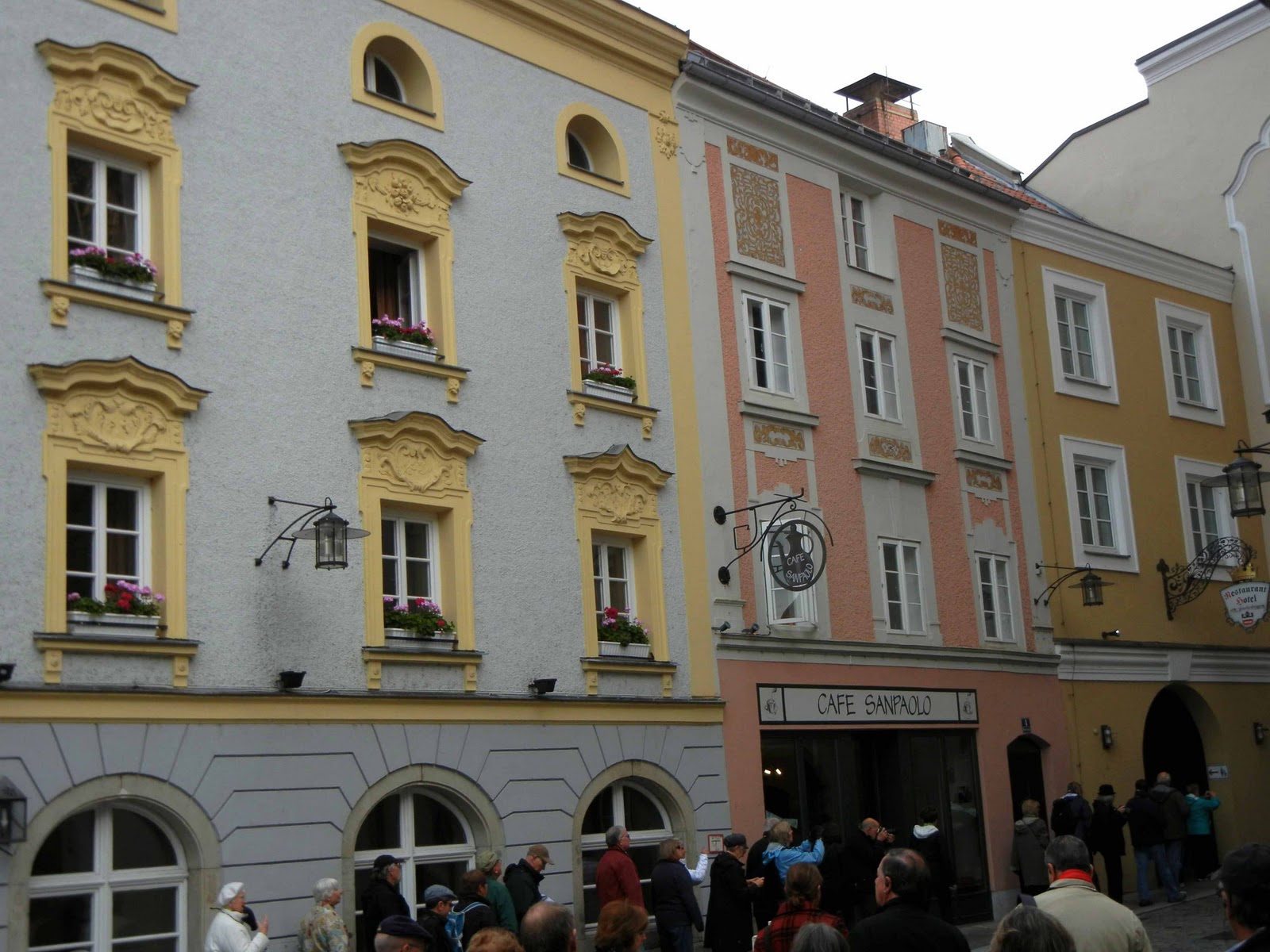 And then there’s Passau, the last significant German town on the Danube before the Austrian border. Passau is not medieval. Well, it was once. But it burned down in 1662, and when it was re-built, Baroque was all the rage.

So Passau is Baroque down to its cobblestones. It’s all pastels – gorgeous houses and shops with inner courtyards – and a cathedral that glistens white in the winter sun.