I’m trying desperately to bring this blog up to date, and so, direct from London, here’s another post about New York City. 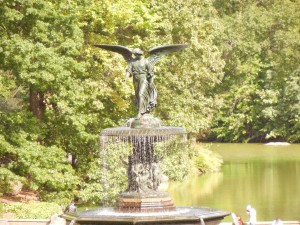 A bit of New York trivia which you may find useful some day: It takes rather a long time to walk from 40th Street up Third Ave. to the Central Park entrance at 72nd. Take the subway instead – which we did not. Nevertheless, it was a lovely morning and a lovely walk, even if the return trip was made at something of a run, and the time we spent actually in the park was only about 15 minutes. 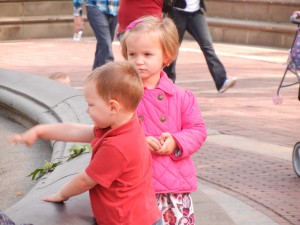 That was followed by a subway ride to the West Village and a visit to Penguin Group Inc. (Another New York Tip: The way to find your way around Manhattan is an app called HopStop.) As you might imagine, there was a certain amount of the color orange visible in Penguin’s reception area – and not just from the spines of books! Sofas the color of orange sorbet. Also, there were penguins – stuffed, wind-up, statuesque – cavorting on desk tops. And everywhere, everywhere, there were books! After a lunch with my amazing editor… 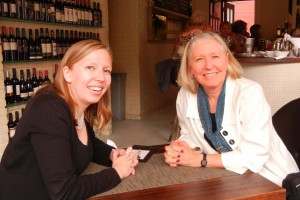 …I was introduced around the offices, then escorted to the Media Room where my editor donned headphones, ran a white balance, and filmed an interview consisting of me answering the questions that she posed from behind the camera. One day it will appear on Penguin’s website. Stay tuned!

It was the second day in a row that I felt like I was on top of the world. 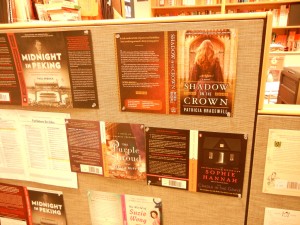 My husband and I dined that night at a spot on E. 47thStreet called Maggie’s Place. A pleasant way to spend our last evening in the Big Apple. 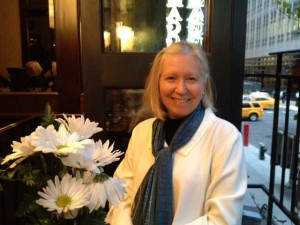