The Price of Blood

The PRICE of BLOOD 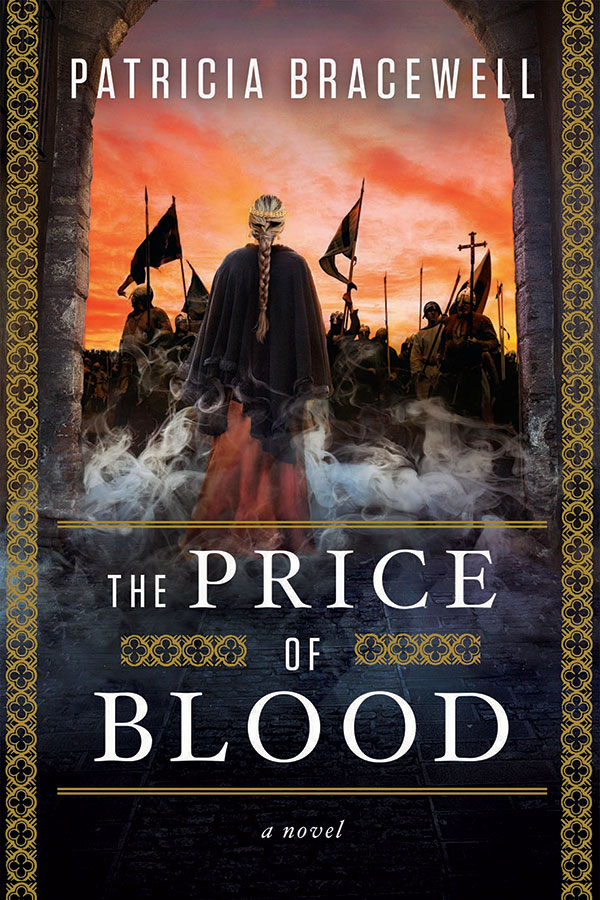 England is under siege. Famine and death stalk the land, ambitious royal sons chafe against a father’s implacable rule, and across the Danish Sea a fierce enemy is poised to strike. A desperate, feckless king sits upon England’s throne, railing against a pitiless God and fearing Almighty vengeance for an ancient sin. His young queen, Emma, fears for the life of her infant son, for she has wed into a royal line that does not balk at murder to win a crown. Determined to protect her child from any who would harm him, the queen forges alliances with men of power, unaware that in a far corner of the kingdom there is treachery afoot. When England is ravaged by wave after wave of Viking armies, when loyalties are strained to the breaking point and no one is safe from the sword, the queen faces a final, terrible dilemma, and at stake is the one thing that she holds most dear.

Reviews of The Price of Blood

“The second volume of Bracewell’s richly textured Emma of Normandy trilogy weaves together the threads of the story left dangling at the conclusion of Shadow on the Crown…As the Vikings continue to threaten, vultures are circling in the upper echelons of the royal house, and it is difficult to know who to trust. Emma sets aside her own dreams and desires, shrewdly forging political alliances…Set approximately one century later than Bernard Cornwell’s popular Saxon Tales, Emma’s intriguing and historically authentic saga will appeal to a similar audience.” Booklist.

“Battles, treacherous plots, and desperation are multiplied in this tense novel. The reader sympathizes with the fiery and compassionate Emma as she fights off both external enemies who approach England’s shores and ones who scheme from within. Historical fiction fans looking for a new noble heroine will embrace this excellent saga.” Library Journal

“There is not a single thing to dislike about this book. It’s strongly written, has nuanced protagonists, and is supported by a truly impressive amount of historical research. The Price of Blood is, far and away, one of the best historical novels I’ve read in months (possibly years). This is absolutely re-read worthy, top shelf material.” Respiring-Thoughts.com

“The Price of Blood has set this reader on the edge of her seat waiting for things to blow up in the royal family. What the author does by filling in the blanks of the Anglo Saxon Chronicles is nothing short of amazing.” Burton Book Review

“Bracewell builds a plot of intrigues, court politics, battlefields and daily life both among the Vikings and this early English royal family. Her psychology taut portrayal of Emma is utterly engaging.” JudithStarkston.com

“The Price of Blood is well written, well researched, and I thoroughly enjoyed it. I am eagerly awaiting the final novel in her trilogy…” Bookpleasures.com

“Well-drawn characters and a propulsive storyline along with a little romance make this a worthwhile read.” Chicago Public Library

“Bracewell has cooked up a sizzling plot whose high drama and verve make The Price of Blood a real page-turner with a stunning conclusion.” TheWalrus9Blogspot.com