One of my favorite Christmas cd’s is Winter’s Dance by the Celtic folk group Golden Bough. It is the background music for all the cooking and baking I do between December 18 and January 1. One of the songs on the album is Christmas Comes But Once a Year, a traditional Irish tune from Carrick, which is singularly appropriate for kitchen listening. 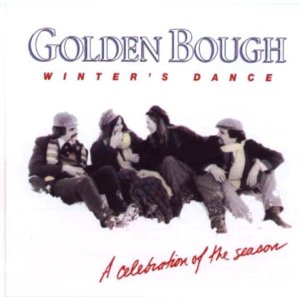 Come then to the laden table
Ham and goose and pints of beer
Whiskey handed round in tumblers
Christmas comes but once a year.

Puddings made with eggs and treacle,
Seeded raisins and ground suet,
Sated breadcrumbs and mixed spices,
Grated rind and plenty fruit,
Cinnamon, ginger, cloves, and nutmeg,
Porter, brandy, and old ale.
Don’t forget the wine and whisky!
Christmas comes but once a year!

This description of Irish Christmas feasting fits an old fashioned English Christmas just as well. Back in the 800’s, the Anglo-Saxon king, Alfred the Great, went the Celts one better by extending the Christmas feasting to cover twelve days. Alfred was wise. The Anglo-Saxons must have needed all the carbs (from beer) and protein (from boar) they could get to last them through the long, lean days of winter until the next great feast at Easter. And since America was founded by English settlers who brought with them these same English traditions, the early American Christmases must have been just as festive. Right?

Wrong. I recently learned, to my surprise, that the medieval Christmas feasting that would have been embraced through the reigns of English kings right through to Charles I (d. 1649), was considered an abomination by the Puritans. From 1644 until 1681, there was a law on the books forbidding excessive celebrating at Christmas. (Cue Alan Rickman’s Sheriff of Nottingham: “Cancel Christmas!!!!”)

So, what did that mean for the New England colonies, founded by our stern Pilgrim forbears? Well, let us remember that while they must have been admirably stoic and enduring, the Puritans were also hard-nosed, flinty-eyed, no-nonsense, religious zealots. (I speak as one who, my genealogy-minded sister has informed me, had an ancestor on the Mayflower.) On Christmas Day in 1620, at Plymouth, the Pilgrims showed their contempt for Christmas by spending the day building their first structure in the New World. No feasting, no singing, no holiday, and not even a religious service.

Even as late as 1870, Boston public schools were open for business and students were expected to attend or else.

“But wait!” you may protest, as I did. What about Fezziwig’s party? (Dickens’ A Christmas Carol was published in New York in 1844.) What about Louisa May Alcott’s four sisters who read Pilgrim’s Progress at bedtime, but celebrated their New England Christmas by making gifts for Marmee? (Little Womenwas published in 1868.)

How did we get from the sober Puritans to Alcott and Dickens? This post will be continued next week, but I’ll give you a hint: Before there was Plymouth (1620), there was Jamestown (1607).

2 Responses to When Christmas Wasn’t