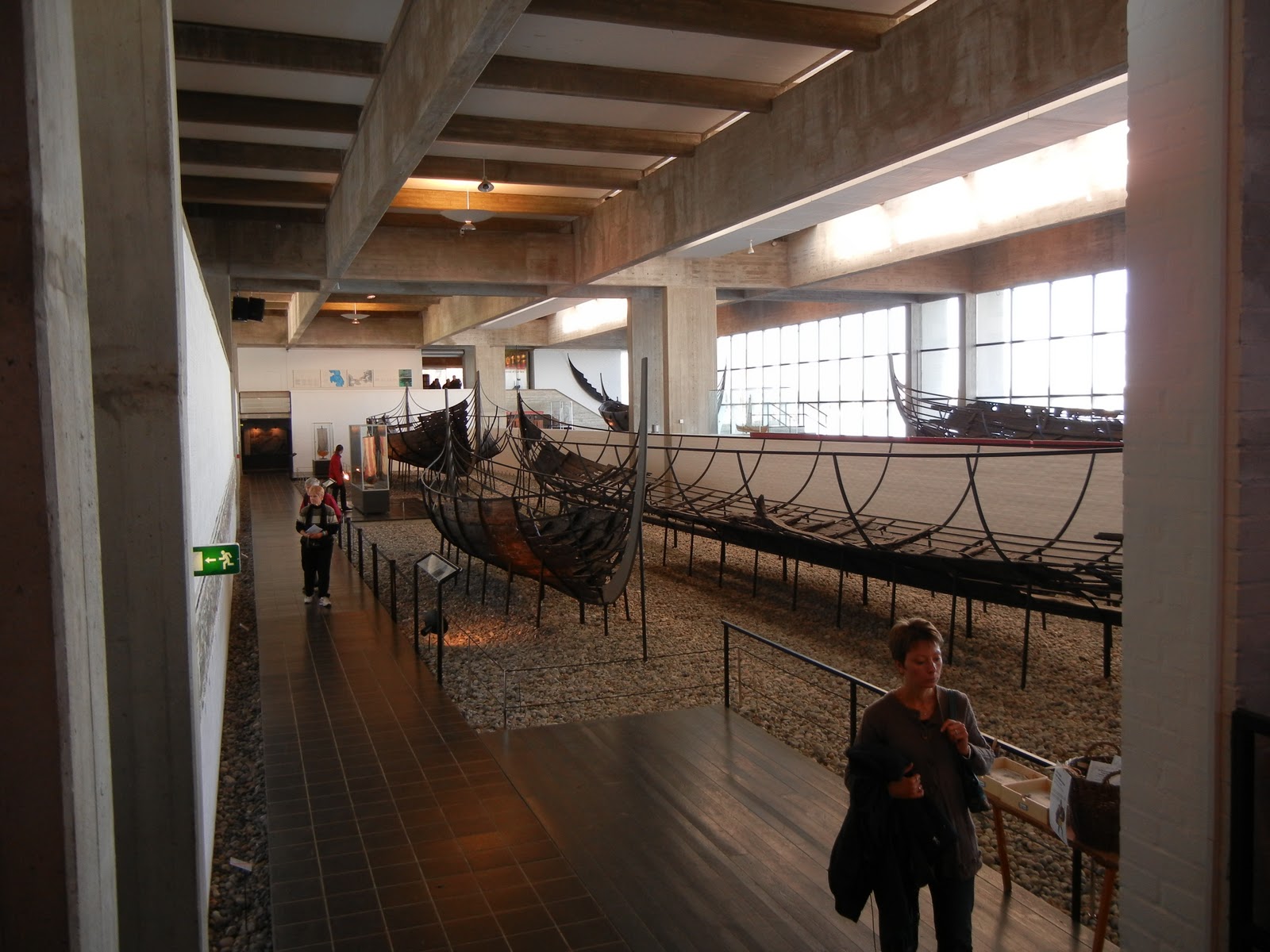 The main purpose of this trip to Copenhagen was to visit the Viking Ship Museum at Roskilde. This is a research center as well as a destination for family outings. For me it was a research trip, and so I read (and photographed for future reference) every line of posted information that I thought might be of use. The central exhibit, though, was made up of the remains of five ships that were resurrected from the bottom of the fjord and have been pieced together like the skeletons of huge dinosaurs. Additionally, the researchers, craftsmen and sailors have built reconstructions of these viking ships and they are docked in the harbor.Visitors here can learn about viking shipbuilding, about what the vikings carried on board their ships, about their sails, about how raids were carried out and how trade was conducted. Something that was completely unexpected was an amazing tapestry, the Rollo Tapestry, which hung on one wall. Although it is a modern work of art, it is based on the Bayeux Tapestry, and tells the story of Rollo, the first viking to become a ruler in what would be called Normandy. My interest? Well, Rollo was the great grandfather of Emma of Normandy, the heroine of my novels, and apart from admiring the artistry involved in creating the tapestry, I was fascinated by the research that went into telling Rollo’s story, complete with references to historical documents in the pamphlet that accompanied the exhibit. Alas, we were not allowed to take photos of the tapestry, but you can see it here: http://www.tapisseriederollon.com/en/

The Viking ship is rowed to the dock.

Okay, yes, there was also an opportunity to play dress up, and I could not resist wrapping up for a few moments in a fur-trimmed viking cloak. There was another memorable, serendipitous event as well. As we walked along the dock we spied a viking ship coming towards us from out in the fjord, manned by men and women of all ages, each of them pulling at the oars. I think Lloyd was grateful that we hadn’t been there when it set out, in case I was tempted to take part. (Unlikely. I’m pretty sure that Emma of Normandy never had to pull an oar.)