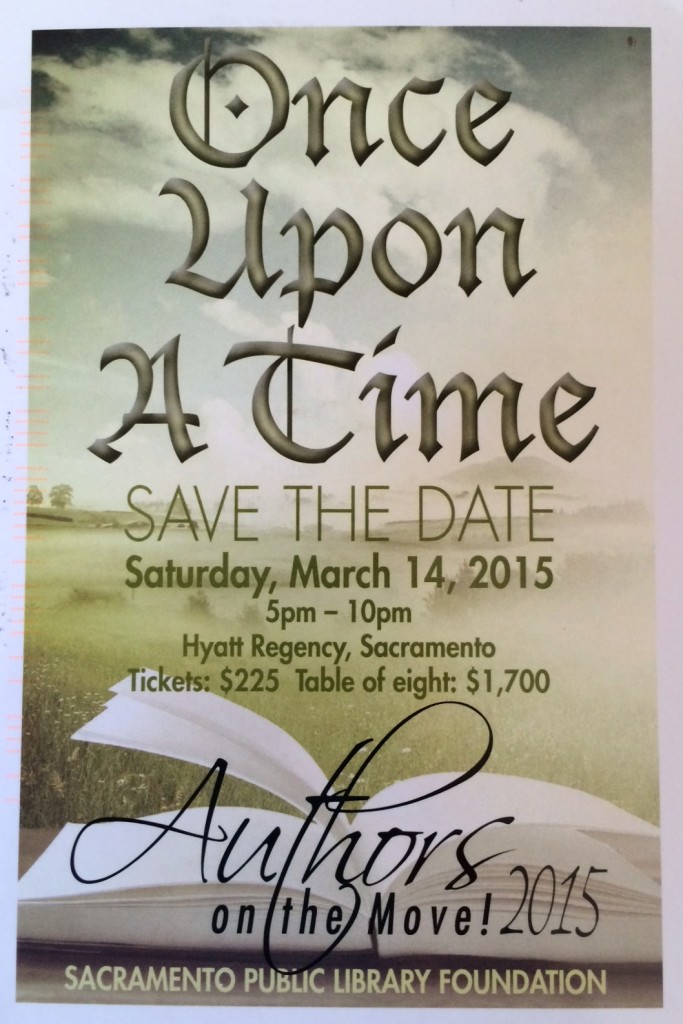 Last Saturday night I had the very great pleasure of attending, for the second time, the Sacramento Public Library Foundation fundraiser event, AUTHORS ON THE MOVE. Our keynote speaker was Daniel Handler, aka Lemony Snicket and he was joined by 40 authors from all over California. The theme for the event was Once Upon A Time, so about 1/3 of the authors in attendance were writers of children’s books. Also on hand were some buddies of mine: C.W.Gortner (his newest title, Mademoiselle Chanel releases this Tuesday, March 17); Anne Leonard, author of Moth & Spark (dragons!); Susan Spann whose Blade of the Samurai is the second in her mystery series set in Renaissance Japan; and Barbara Rhine whose debut novel Tell No Lies is set amid the harsh political realities of the 1970’s movement to organize farmworkers in California’s Central Valley.

How AUTHORS ON THE MOVE works: The writers gather late in the afternoon for a banquet and an opportunity to meet and greet each other. I never take full advantage of this. There are so many amazing authors in the room, and I rarely connect with more than one or two. Last night I did manage to meet Jessica Barksdale Inclán (How to Bake a Man) who lives near me (!), and author/artist Josie Iselin (An Ocean Garden: The Secret Life of Seaweed). We are each given a moment in the spotlight to introduce ourselves and our work, and we are also given our three table assignments for the larger banquet to come.

Once we are happily stuffed with the same lovely repast that will be served to the gorgeously attired diners congregating in the banquet room below us, we are invited to make our way to where our books are on display, to spend 30 minutes greeting browsers and signing books. 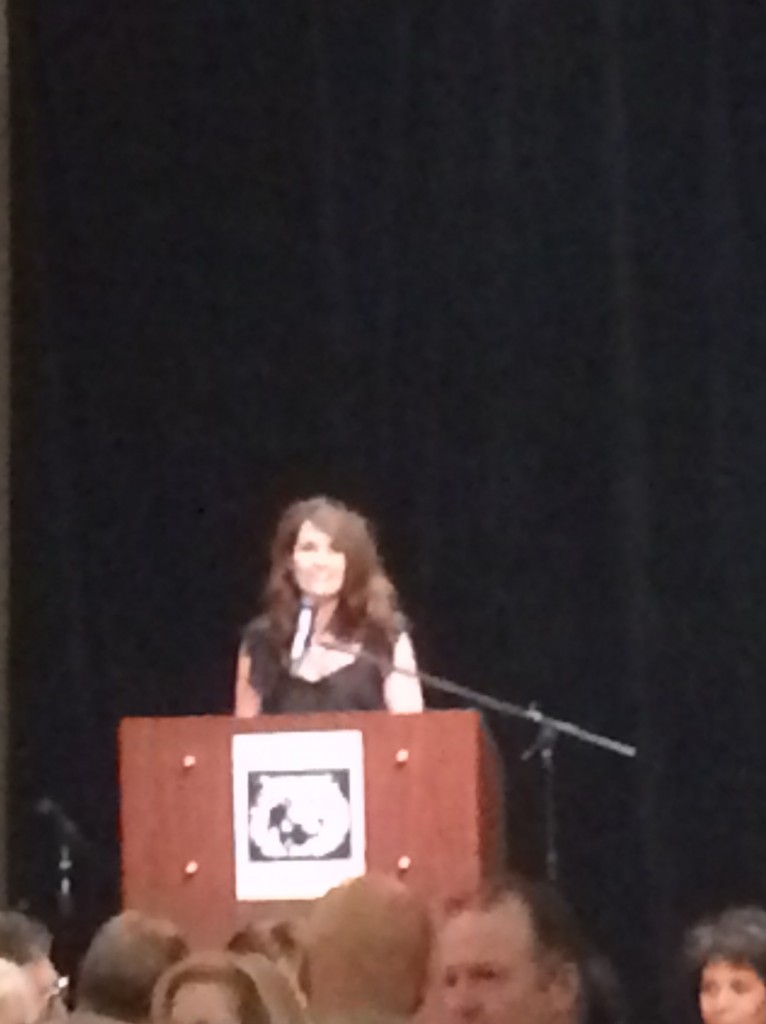 The real event begins, though, when the authors take their places in the banquet hall – one author to each table of 10. The attendees are served their first course, and we authors begin our pitches. I spoke passionately to eager listeners about Emma of Normandy, the haunted King Aethelred, and the Viking invasions of England. I answered as many questions as I could before it was time to move to my next table – where I did it all again.

There was only one small glitch the entire evening. An announcement was made after the entrée was served, but it was difficult to catch what was said. A number of authors (including me), presumed it was time to switch to our third table. I gathered my things and made my way to Table 19 where I found Daniel Handler still holding forth. I will have to toss him from his chair, I thought dismally; which I did with help from author Emily Jiang. This is probably why he looked so nervous when, later in the evening, I posed with him for a photo. 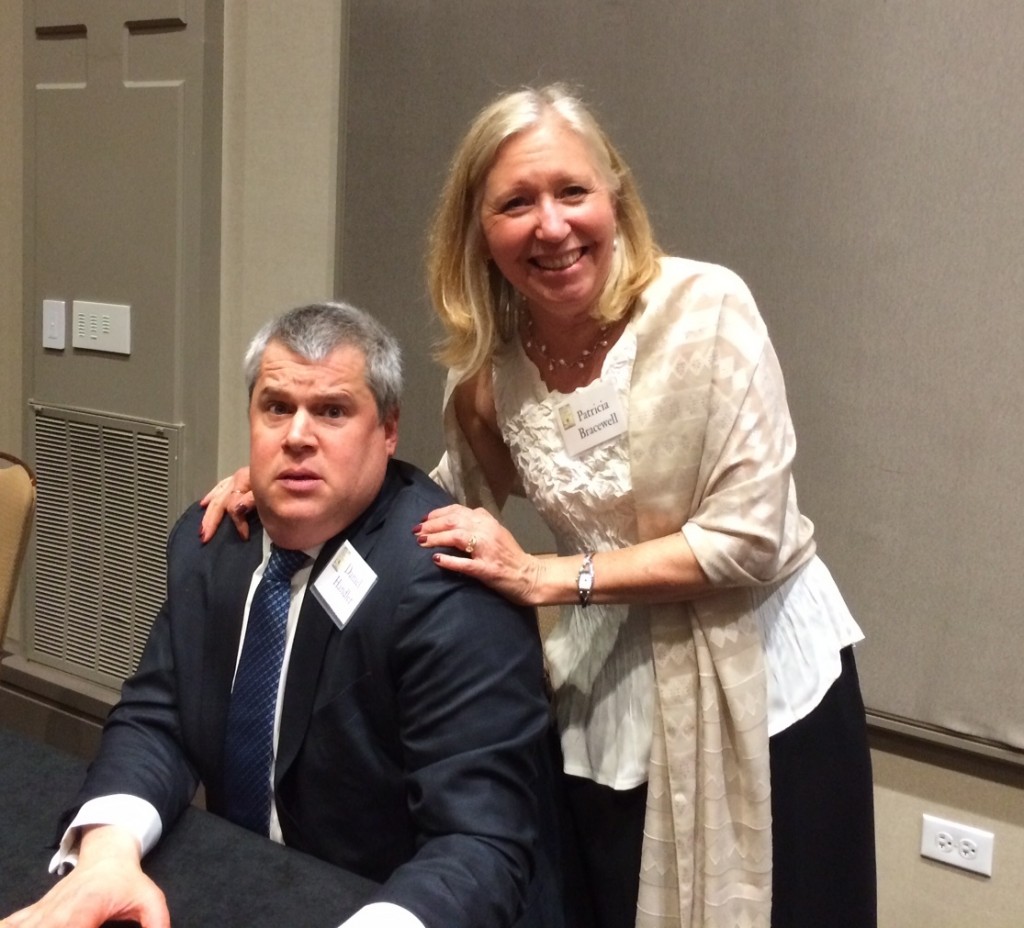 However, it turned out that we weren’t really supposed to change tables yet. So after hounding the Celebrity of the Evening from his chair, I had to give it back to him and return, chagrined, to my earlier table. And then, to add to my discomfiture, I had to go back to Daniel’s table and reach under his chair to retrieve my purse. It was, alas, a series of unfortunate events, after which my authorial sang froid lay in tatters somewhere under Daniel Handler’s chair.

But now it was time for the Live Auction: 19 Items, many of them involving the participation of one of the authors. I had agreed, some days earlier, to take part in Item #15.

Now, before the banquet began, Auctioneer Patrick Hume had sought me out to ask for some details about my book; so I had given him a thumbnail sketch of Emma’s life, her marriages and her historical significance. He, in turn, did a terrific job of ‘selling’ Emma. The result: Item #15 was purchased for $1200. and then purchased again by another bidder. (!!!) So $2400 will go to the library thanks to the gracious donors who will be hosting the dinner, to the brilliant auctioneer, to the two winning bidders, and to Queen Emma. Outstanding! And I’m happy to report that over $100,000 was raised for the library that night.

After the Auction the authors took their places at their third table for the evening. Daniel Handler, no doubt in fear of his life, had already absconded from Table 19 before I arrived to take his place. Shortly thereafter, he was up on the stage giving a keynote address that had the audience in stitches.

And THEN, we scurried back out to the book hall for more sales and signings. All in all, it was a lovely evening. I would do it again in a minute! Well, except for the bit where I tried to steal Daniel Handler’s chair. 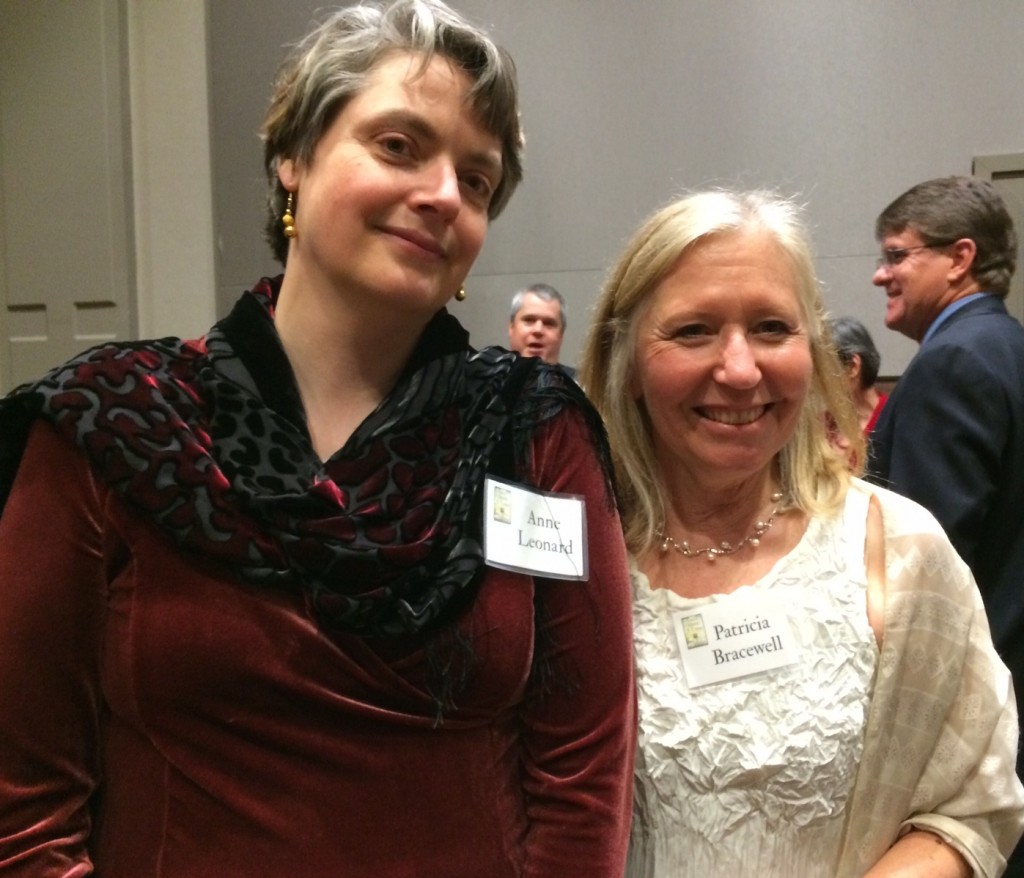