A Vist to Fécamp

In 2007 I traveled to Normandy to conduct a little research. One of my objectives was the town of Fécamp – a fishing village on France’s Alabaster Coast. Fécamp is known today for its pretty harbor and its shoreline. 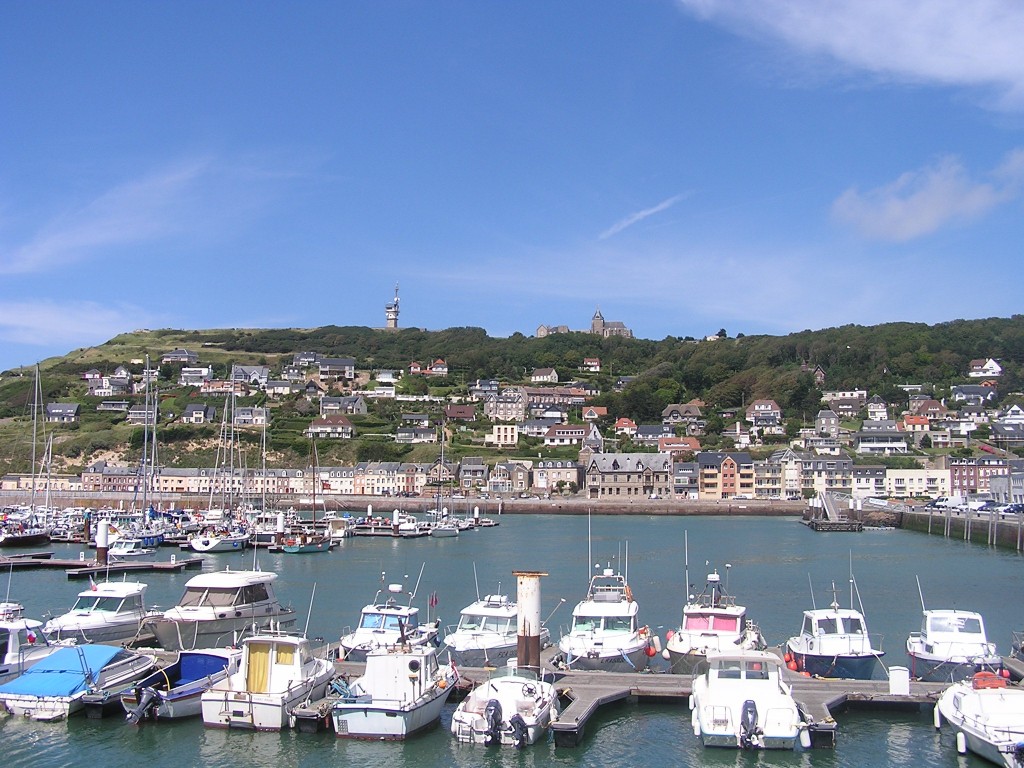 It is also the birthplace of the liqueur Benedictine, first distilled by a Benedictine monk in the 16th century. (The story behind that mysterious elixir reads like a Dan Brown novel: a secret recipe lost for centuries, re-discovered, its ingredients unraveled, a flamboyant 19th century factory/palais built, torched, and rebuilt, from which flowed a concoction that was distributed world-wide.) The Palais Benedictine is now a museum – but I digress.

Much as I like Benedictine, I was far more interested in the original abbey, some streets away and some 1000 years older. Even more enticing than that was the ducal palace that faced the abbey church. I had determined that the first scene of the novel I was writing about Emma of Normandy would be set in the Fécamp palace, so I spent the better part of an afternoon exploring both palace and church. 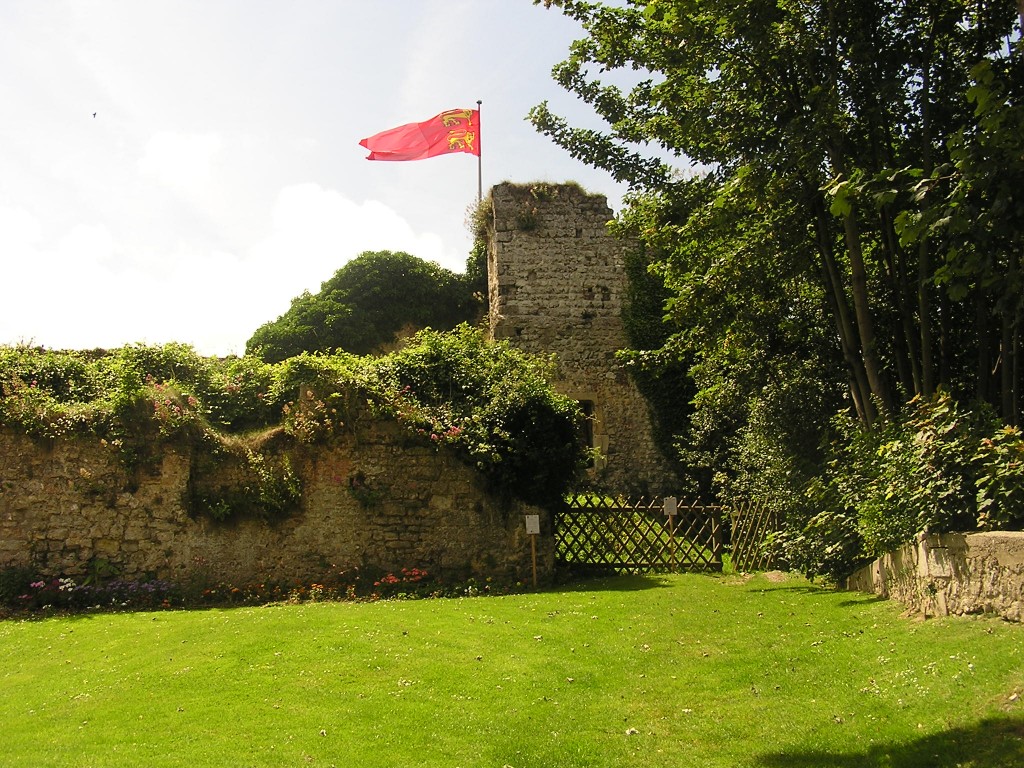 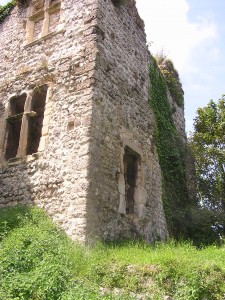 At the end of the 10th century, the ducal estate at Fécamp was the favorite residence of Emma’s father, Richard, the first Duke of Normandy. There was another ducal palace in Rouen on the banks of the Seine, but nothing remains of that today except a street name: Place de la Basse-Vielle Tour (Place of the Low Old Tower). In Fecamp, though, there are ruins. I’d seen photos of them on the internet, and I wanted to see them for myself; so with my intrepid husband behind the wheel of our rental car we drove northwest from Rouen, making the occasional wrong turn in those more adventurous days before GPS, and arrived mid-morning at Fécamp. 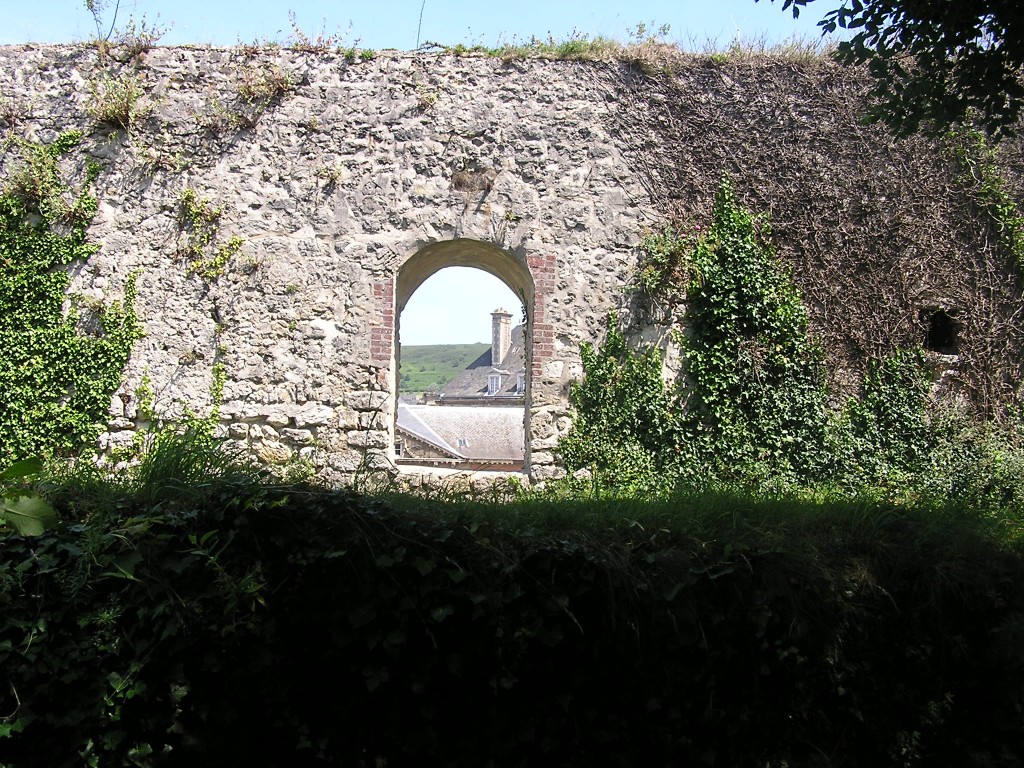 Luckily, I was not expecting to see anything resembling the palaces along the Loire that we had explored some years before. This fortress, I knew, would be far older and far less impressive – little more than crumbling walls, yet they were walls that my heroine would have known. Originally built in wood by Richard I, the palace had been rebuilt in stone by Emma’s brother – an edifice remarkable for its time, according to the sign posted at the entrance to the site and deciphered via my lamentable French and my husband’s far better vocabulary. 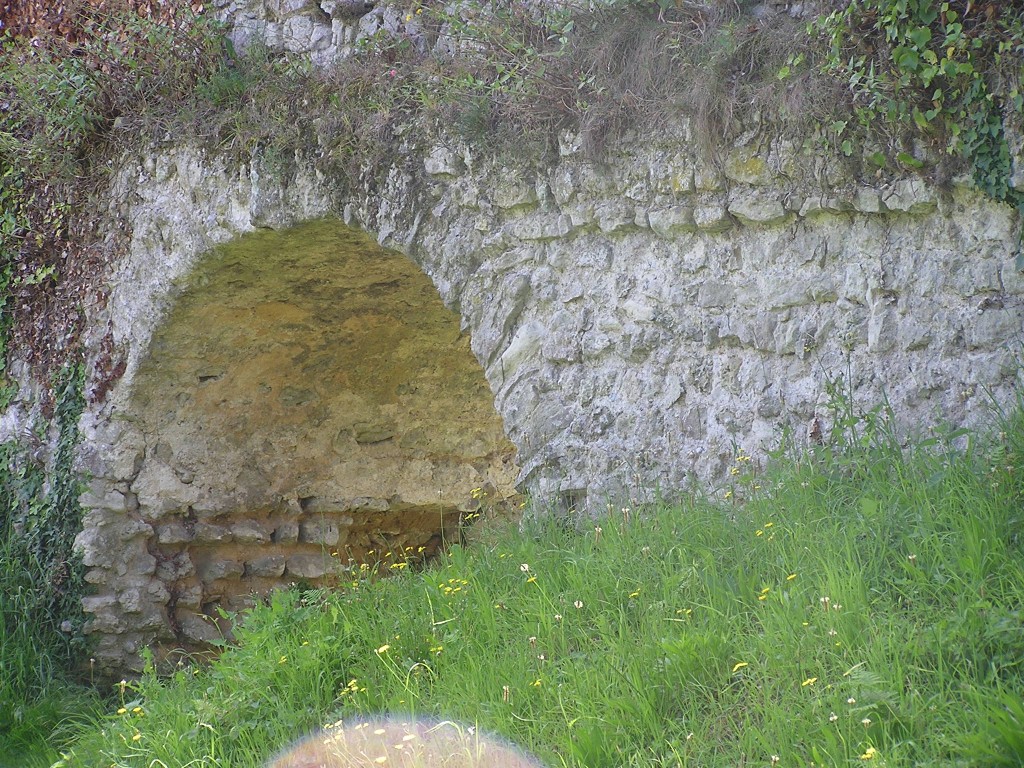 According to the history books, Emma’s brother was born here, and although Emma’s birthplace is not recorded, it seemed logical to me that she could have been born here as well. Besides, Fecamp suited my purposes far better than Rouen. (Although, don’t get me wrong – I love Rouen!) Fecamp is on the English Channel, what the French call La Manche, and what Emma would have known as the Narrow Sea. The coastline here mirrors England’s chalk cliffs, and I could imagine that the ships carrying Emma to England would sail along Normandy’s coast until they reached Cap Gris Nez and struck out across the narrowest part of the channel to make for England. 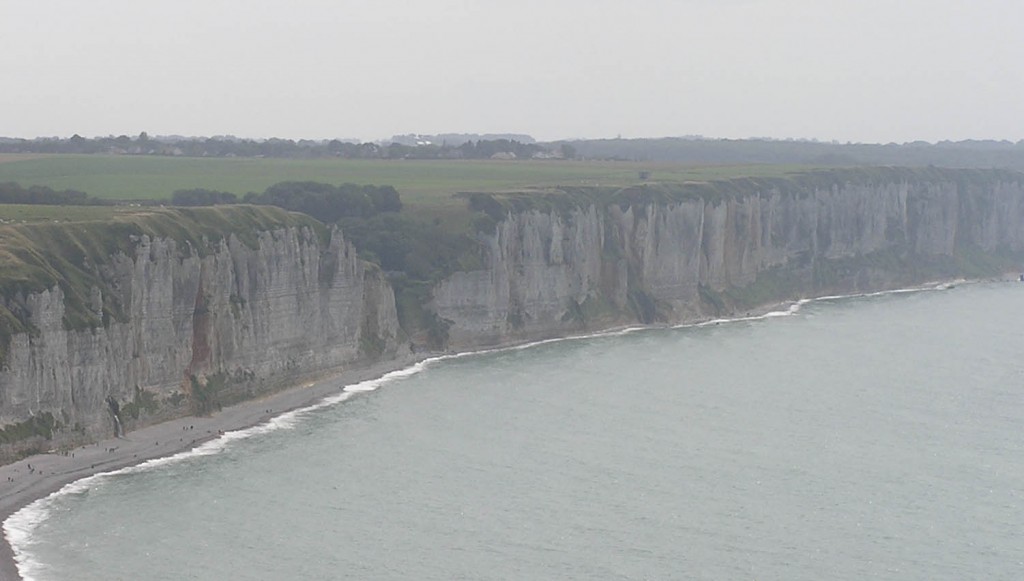 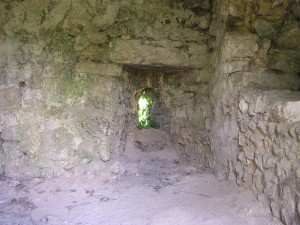 I could imagine the sons and daughters of the duke riding along the beach below the chalk cliffs, and Emma as a child, standing on the pebbled shore, unaware that she would one day cross that body of water as a peaceweaving bride.

That afternoon spent wandering amid the ruins was what inspired the earliest scenes in Shadow on the Crown. Near the end of the book, the abbey church of St. Trinity would make an appearance as well. I’ll write about that church – and the miraculous event that occurred there – next week. 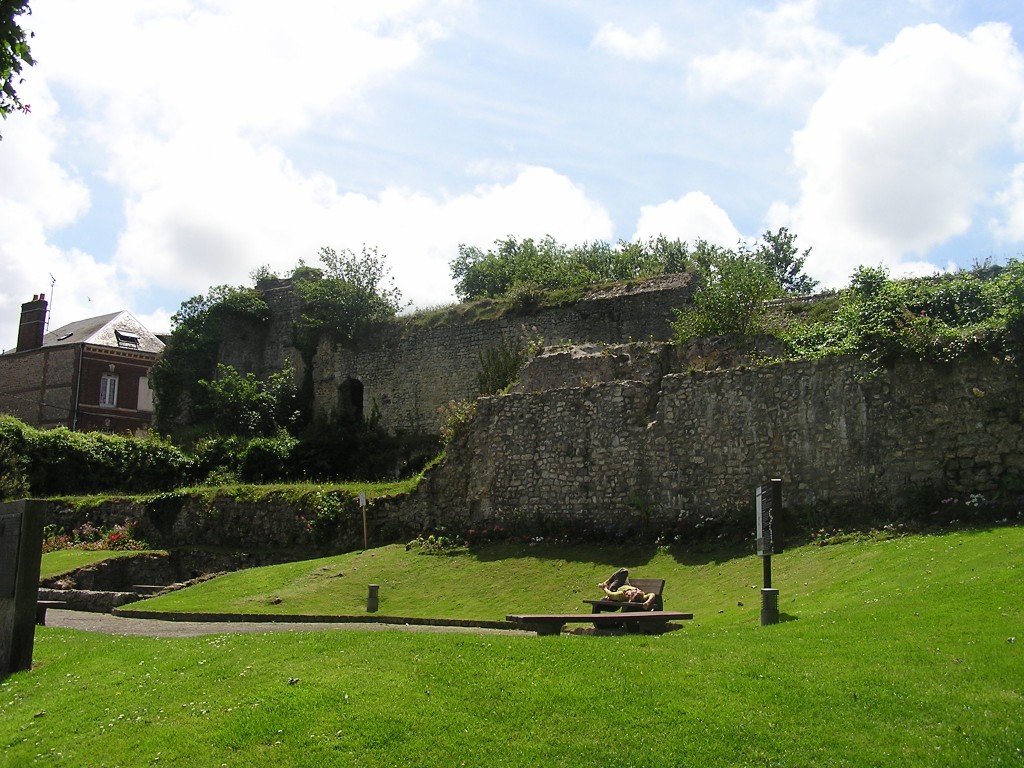