Today I am hosting indieBRAG Medallion recipient, Paula Lofting, who has been honored for her historical fiction novel, Sons of the Wolf. While many writers spend hours in libraries and at computer screens researching their novels, Paula has gone a little beyond,  literally stepping into her historical period through her involvement with Regia Anglorum as a re-enactor. I’m happy to give Paula an opportunity to tell you about her book!

Hi Patricia, thanks for giving me a spot on your blog to tell your readers about my award winning novel, Sons of the Wolf.

Sons of the Wolf is a historical novel set in the 11th century, in the years leading up to the Norman Invasion of 1066. It follows the fortunes of a Sussex thegn and his family. Interwoven into the story are real historical events, the battle of Hereford for one, and the politics of the time. Against the historical background of King Edward’s reign we meet Wulfhere, a Sussex thegn, whose position demands loyalty to the king himself. But Wulfhere is duty bound to also serve Harold Godwinson, Earl of Wessex; it’s a bond forged within Wulfhere’s family heritage and borne of the ancient Saxon ideology of honour and loyalty. Wulfhere is a man with the strength and courage of a bear, a warrior whose loyalty to his lord and his king is unquestionable. He is also a man who loves his family and would do anything to protect them.

Wulfhere’s lineage boasts many warriors, and the story unfolds around the intricate lives of his family and the village for which he is responsible. Also central to the story are Wulfhere’s children: Freyda, his eldest daughter, reckless, defiant and lovely; Tovi, his youngest son, whose spirit is suppressed by the troublesome pranks of the red-haired twins, Wulfric and Wulfwin; and Winflaed, a younger daughter whose tacit acceptance of womanhood belies a stronger spirit and a longing to hold a sword in battle like her warrior father. We also meet Ealdgytha, Wulfhere’s golden-haired wife, beautiful, neurotic and proud. Her lust for success and advancement threatens to drive a wedge between her and her husband, while Wulfhere’s battle with his conscience and his love for another woman tears at the very heart of their relationship.

At the core of the story is an embedded theme: the blood feud that runs through the very veins of two men, Wulfhere and his neighbour and arch enemy, Helghi. When young Freyda enters into a relationship with Helghi’s son Edgar, Wulfhere’s lord, Earl Harold, demands that they wed to heal the bad blood between the two villages. Horrified at this prospect, Wulfhere is determined to extricate himself from this oath, but to do so could earn him the displeasure of Earl Harold, a prospect that would not sit well with Wulfhere’s steadfast nature. Not wishing his daughter a life of misery in Helghi’s household, Wulfhere has to find a way of withdrawing from the contract with Helghi without compromising his honour and his oath to his lord.

The mid 11th  century was an intriguing, exciting and devastating period of history. In the years before the Battle of Hastings, England and her people were prosperous. Yes there was slavery and poverty, but it was not the sort of slavery where people were dragged from their homes and taken far away to die in a foreign land (although one cannot be sure that this class of slaves did not exist in England) but more of the type that took slavery as a way of paying their debts or if their poverty was such that they had to sell themselves and their family to stop themselves from starving to death. Another way of becoming a slave was to commit a crime. Slaves had rights as well as ordinary people, which is quite a different story to the former class of slave who had none whatsoever.

The feudal system that came over with the Normans was not known to England, although their system was similar. One of the main differences was that English men and women were allowed to own land as a free hold, owing no service to anyone for it. Also, if a man did not like working for his lord, he could hand back his property and leave. The English landowning system was a complex institution with many variances in what was owed. Although slavery was eventually abolished after the Norman Conquest, the slaves were replaced by the peasantry who virtually lost their freedom to become unfree peasants, tied to their lords who owned the land. They were not permitted to leave their land holdings and were not free to marry without permission.

The transformation of the English class system to that of the Norman feudal system was devastating. Those of the thegnly class, whose father’s fought and died against William the Conqueror, forfeited their land and became destitute peasants; hopefully their former tenants might have taken them in and given them succour in their need. Women who were once, under English law, allowed to own their own land and property independent from their male kin, gradually lost their rights and became the property of their husbands or male guardians. The Norman custom of primogeniture would cause more loss of tenure for many English, as landless young nobles looked for land as favours from the king.

Ok, so the Normans may have brought us magnificent castles, knights, beef, bacon and rabbits, but what good was that if you were locked up in a dungeon that you were forced by the knights to build; for poaching rabbits in hunting grounds that were once yours? There would be no beef or bacon to eat for you. Law and order already reigned in the efficient administration systems that had been forged in the kingdom before the time of Alfred. The Normans added their own laws to an already working structure. Their laws favoured the foreigners who had come to settle, not the people who they were designed to control and subdue.

Sons of the Wolf shows us what life was like for the English people before the Battle of Hastings changed their world. Life was not perfect or idyllic but compared with what was about to come… 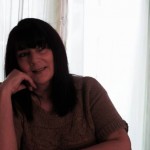 As part of this indieBRAG Tour, Paula is giving away 9 e-book copies and one paperback of Sons of the Wolf. To enter the giveaway, send your contact information to her at sonsofthewolf1066@googlemail.com
Giveaway draw will be on June 25.

This entry was posted in Guest Post. Bookmark the permalink.