Adventures in the Cotswolds

My current work in progress has a scene set in Gloucestershire on top of a hill called Ciresdune, which is now called Churchdown, and while we were staying in the Cotswolds we set out to explore it. From its summit you can see the Painswick and Haresfield Beacons, the Severn, the Forest of Dean and over the Cotswolds into Oxfordshire — a pretty good view of the surrounding landscape in all directions. 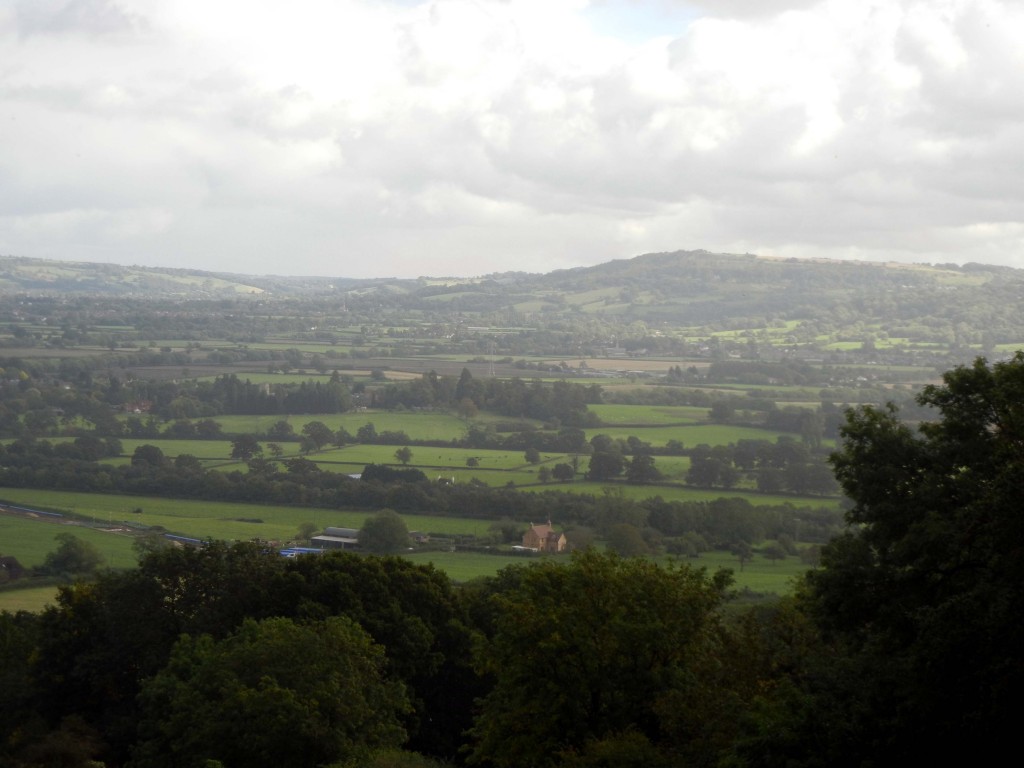 There is a church here now, St. Bartholomew’s, which some think was first established when Aethelflad, the Lady of the Mercians, ruled this land in the 10thcentury. Was there a tiny church here in 1010, the year that I set my scene? I cannot say. There was certainly once an iron age fort on this hilltop though. Now there is a graveyard beside the church, with the obligatory ancient yew tree — a resident of English graveyards since ancient times. 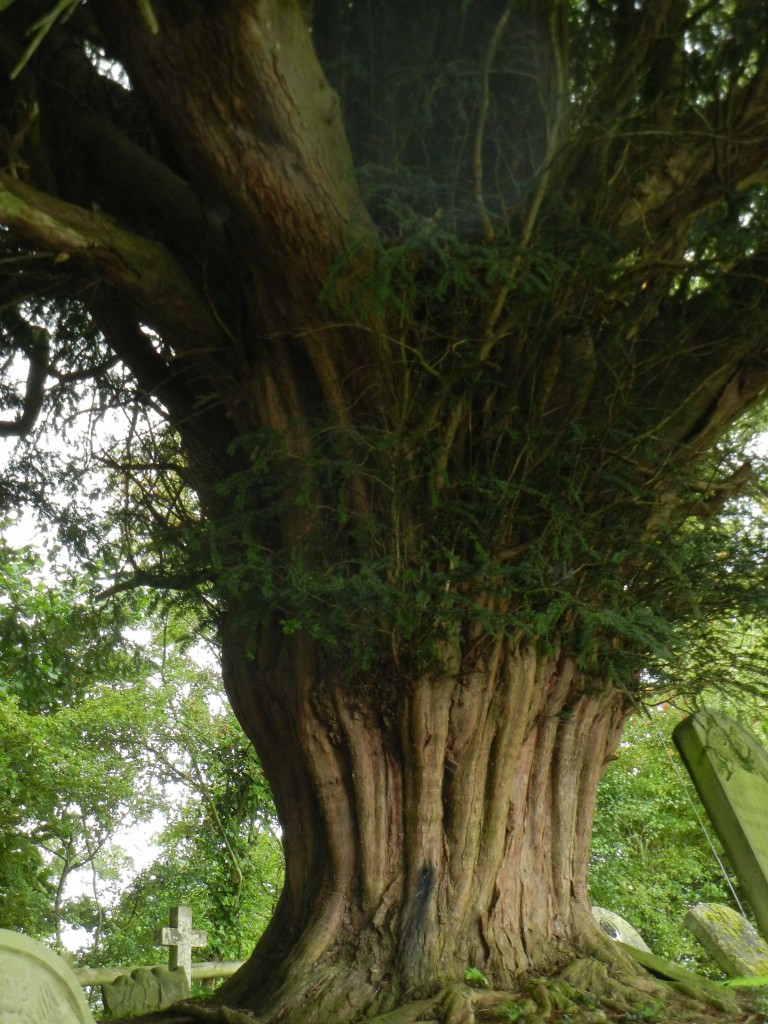 For an hour we wandered the trails on the forested hillside — dirt trails that were muddy and slippery from rains over the past few days. I made a mental note to make walking a lot more difficult and dirty for my characters… 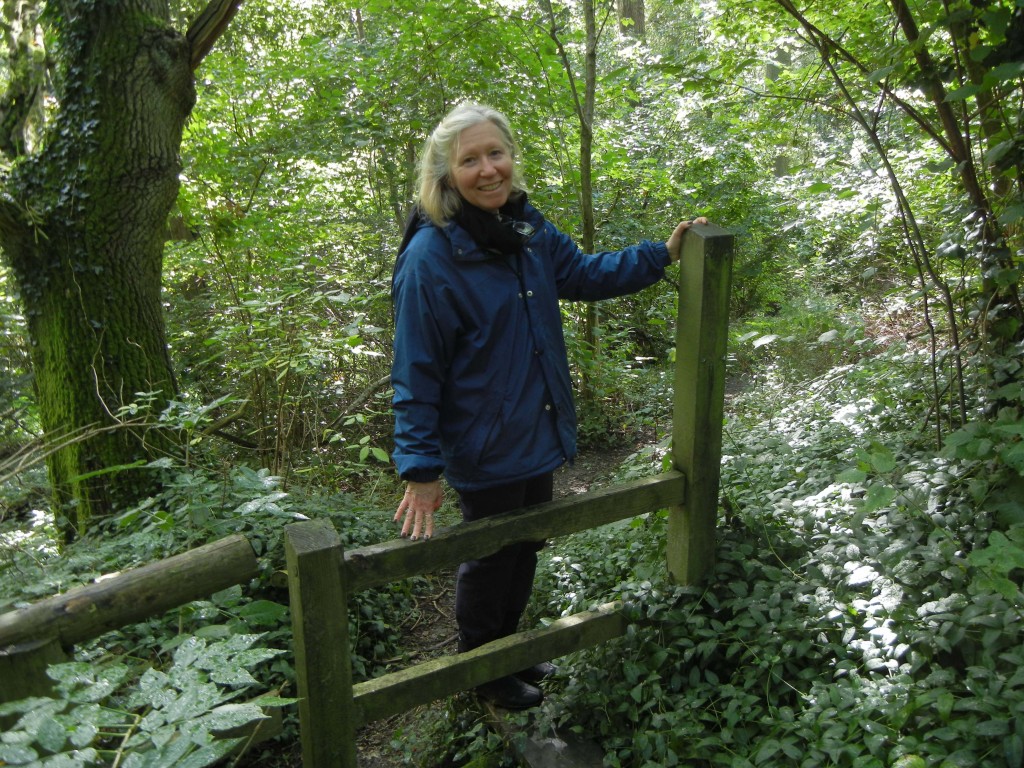 …and to make forests more creepy. 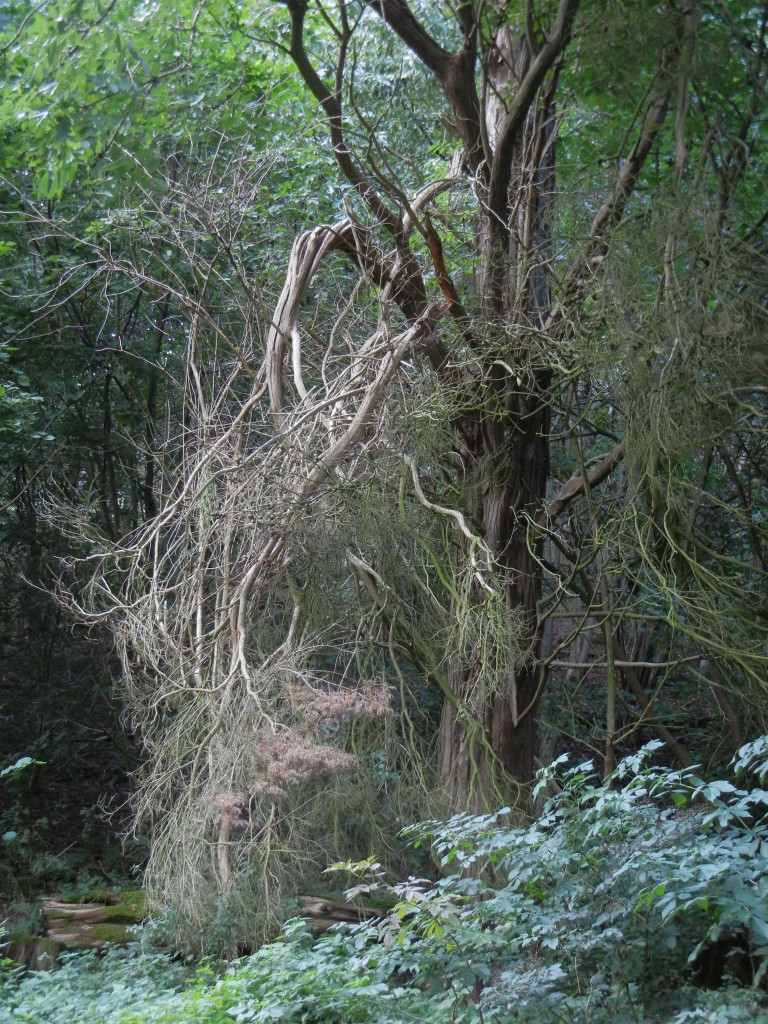 And to make the weather far more unpredictable. In the course of an hour we saw sunshine, rain, hail, and sun again.

I discovered that, if one’s footing gives way, the process for cleaning slick mud from clothing is the same in the 21st century as it was in the 11th: wipe yourself down with fistfuls of long, wet grass. 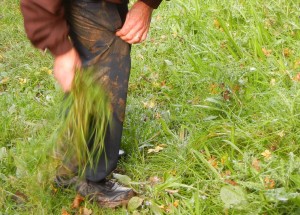 How to deal with mud

Back at Stow, tidied up but still eager for adventure, we decided to take a circular 5.5 mile walk out beyond the village. We had a guidebook, but no compass. We would do this the medieval way, by looking at the sun and thus gauging our directions. I say “we” but what I really mean is “my husband”. My half of the “we” is useless at this sort of thing, and the instructions in our guidebook were vague at best. A well-marked trail does not mean the same to American city dwellers as it does to English ramblers.

The first part of the walk was easy, along a road past The Wells. We asked a couple of long-time residents about the origin of the wells. The reply: “Don’t know. They’ve been there forever.” Since I’ve returned home I’ve learned that the wells were the main water source for the village until the 19th century, and that they have, indeed, been there for ever…before the Romans.

Our walk took us along fields of stubbled wheat, through another of knee-high winter wheat, across a cow meadow, past horses, behind a rugby pitch, and, for good measure, into the manor of Maugersbury, about which our pamphlet that listed local features told us – nothing. I posed by a house there, though, because the name and the statues seemed appropriate after our visit to Icarus Falconry the day before. 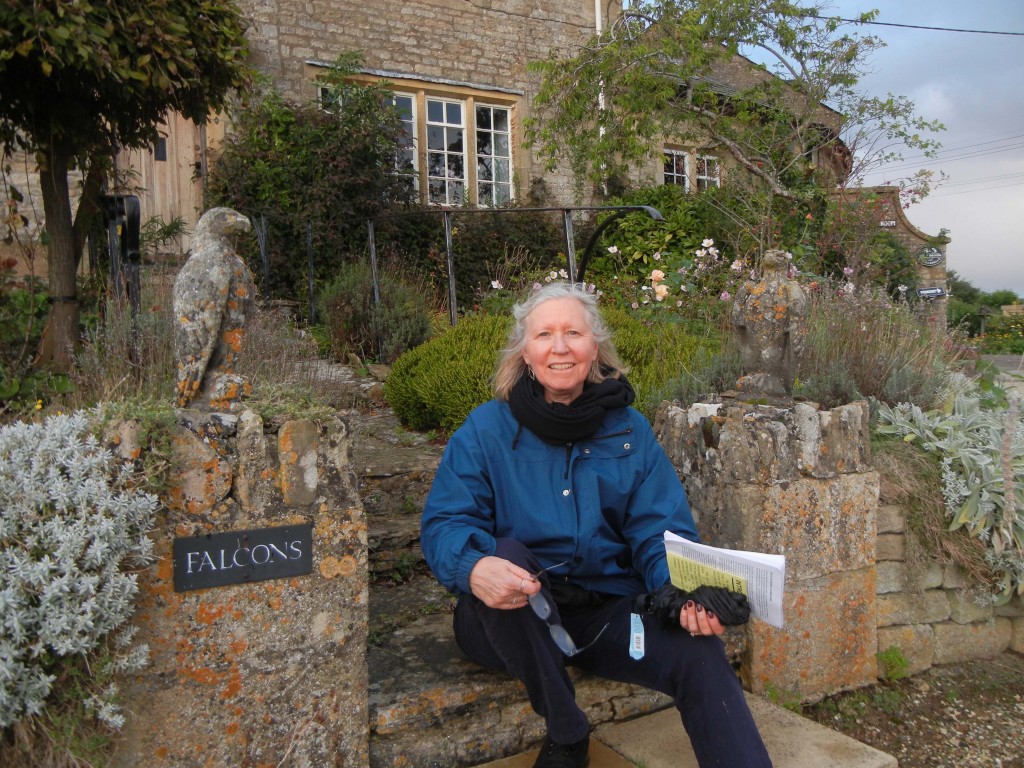 The manor itself, I’ve since learned, was supposedly granted to the Abbey of Evesham by King Aethelred II in reparation for the death of his murdered brother, Edward. Love that synchronicity!

Stow Village itself has some interesting aspects (aside from the tea rooms). Its Market Square, for example, is reached via narrow lanes called tures, just wide enough for a sheep. 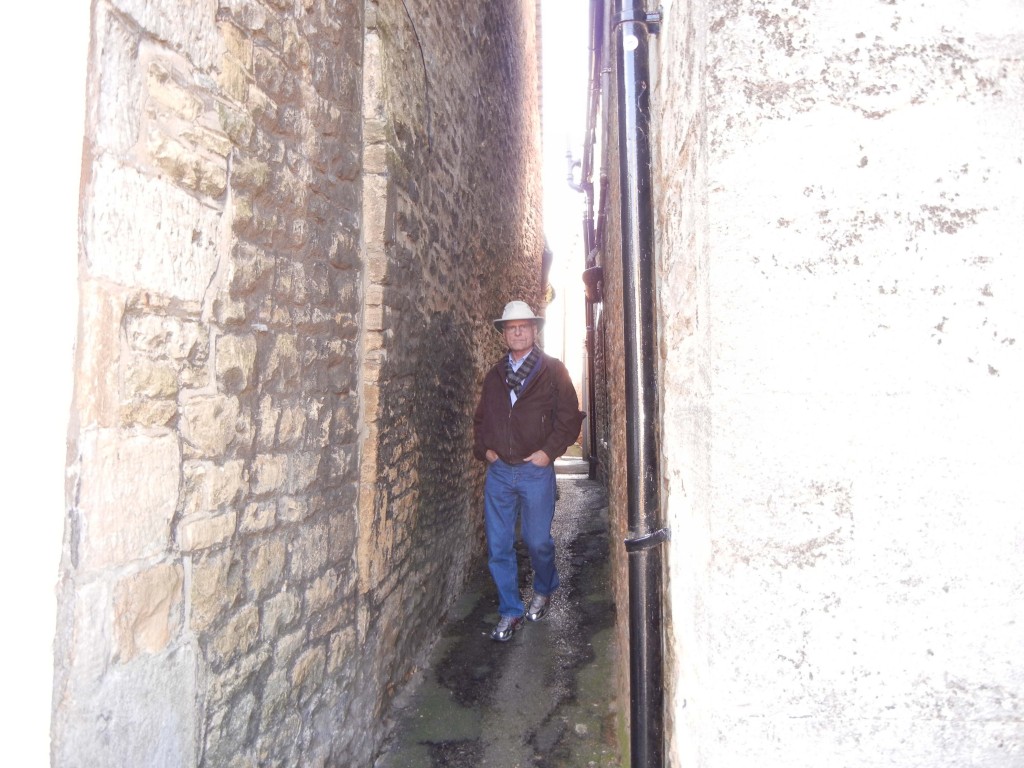 Walking down one of the narrow tures in Stow Village

This was how the herds from the surrounding area were counted when they entered the market, one by one. The cross in the market square was erected in medieval times to remind traders to deal honestly with each other. (One wonders if it worked.) St. Edward the Confessor looks out over the market square from his niche in the Town Hall, gazing rather askance towards a 15thcentury building which now leans heavily to the right although it seems in no danger of toppling. If you chance to be anywhere near the Cotswolds, do stop in to Stow-on-the-Wold. I highly recommend the tea rooms! 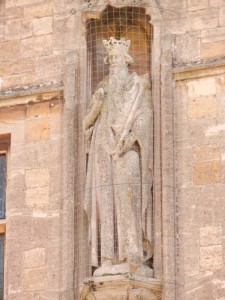 Edward the Confessor. Netted and no doubt longing for a scone. 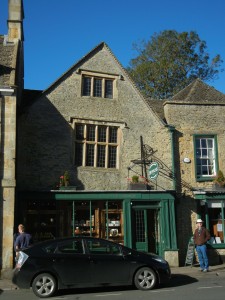 The crooked house. A tea room, of course.