Once you step inside the city walls of York, the modern world seems to recede. York revels in its history, from the artifacts of Viking Jorvik to the motte built by William the Conqueror to the glorious high medieval cathedral of St. Peter. We entered the city through Micklegate Bar. 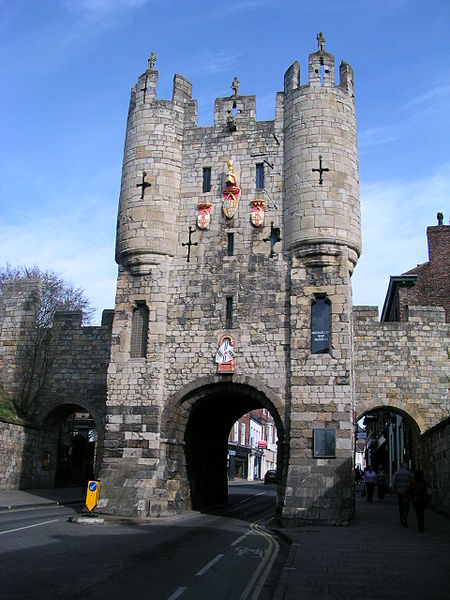 And isn’t that a lovely name, Micklegate? It’s Old Scandinavian. Mickell means ‘Great’ and Gate means ‘Street’. So Micklegate is Great Street. York has many “Gates”: Petergate, Goodramgate, Stonegate, Swinegate, Coppergate – all of which evoke the medieval city and its Scandinavian antecedents as well as the activities that went on there. The actual city gates were called “bars”, and besides controlling traffic, they were manned by toll collectors. No entering the city without paying your penny! Today we place the penny (credit card) into the machines at the parking lots just outside the wall. Some things never change.

Just inside Micklegate Bar stands the Priory Church of the Holy Trinity. 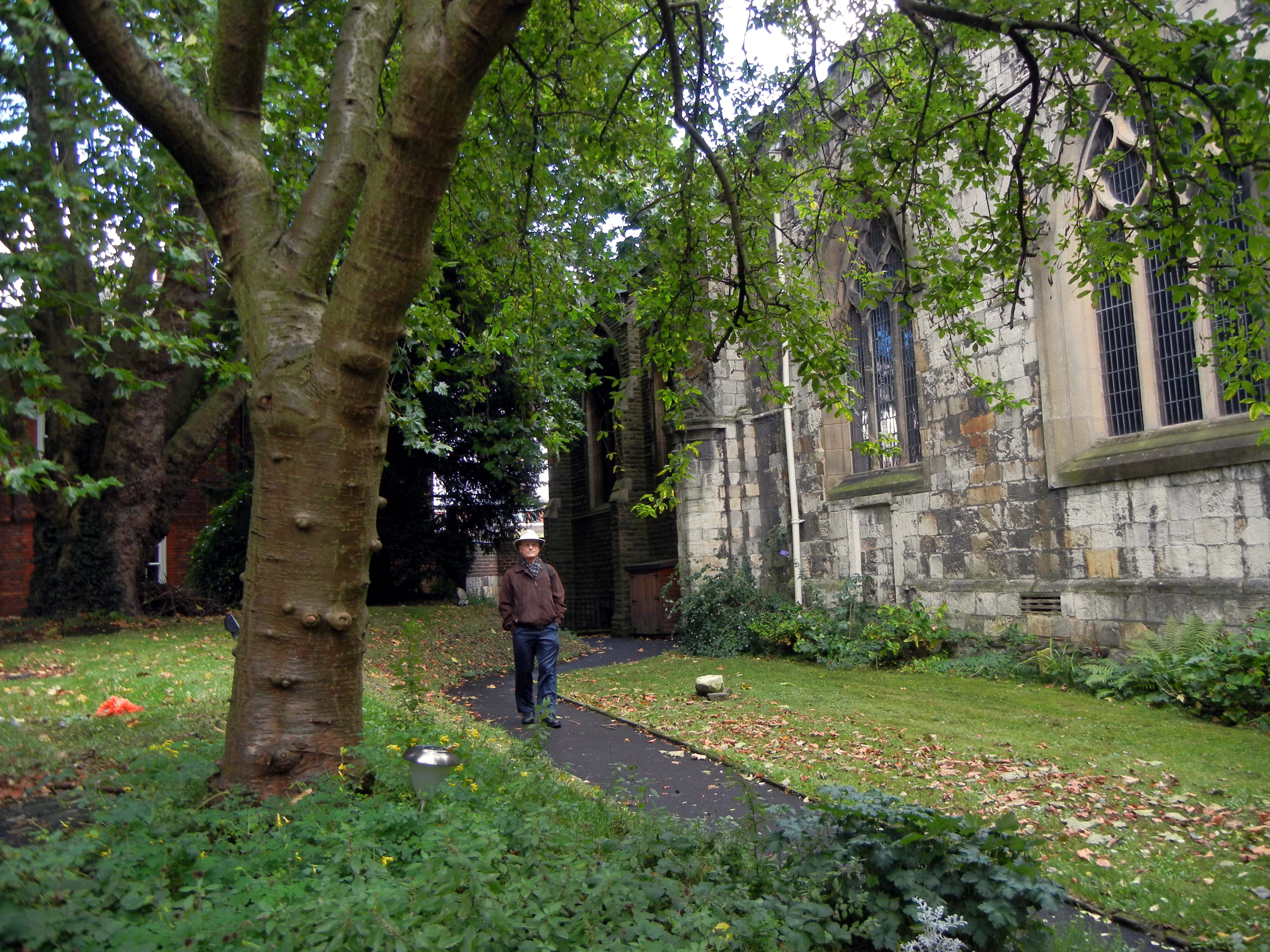 It was founded by Benedictines from Normandy in the 11th century on the site of an older monastic church. The monastery once covered seven acres, but now only the nave of the 13th century church remains within a 19th century chancel. 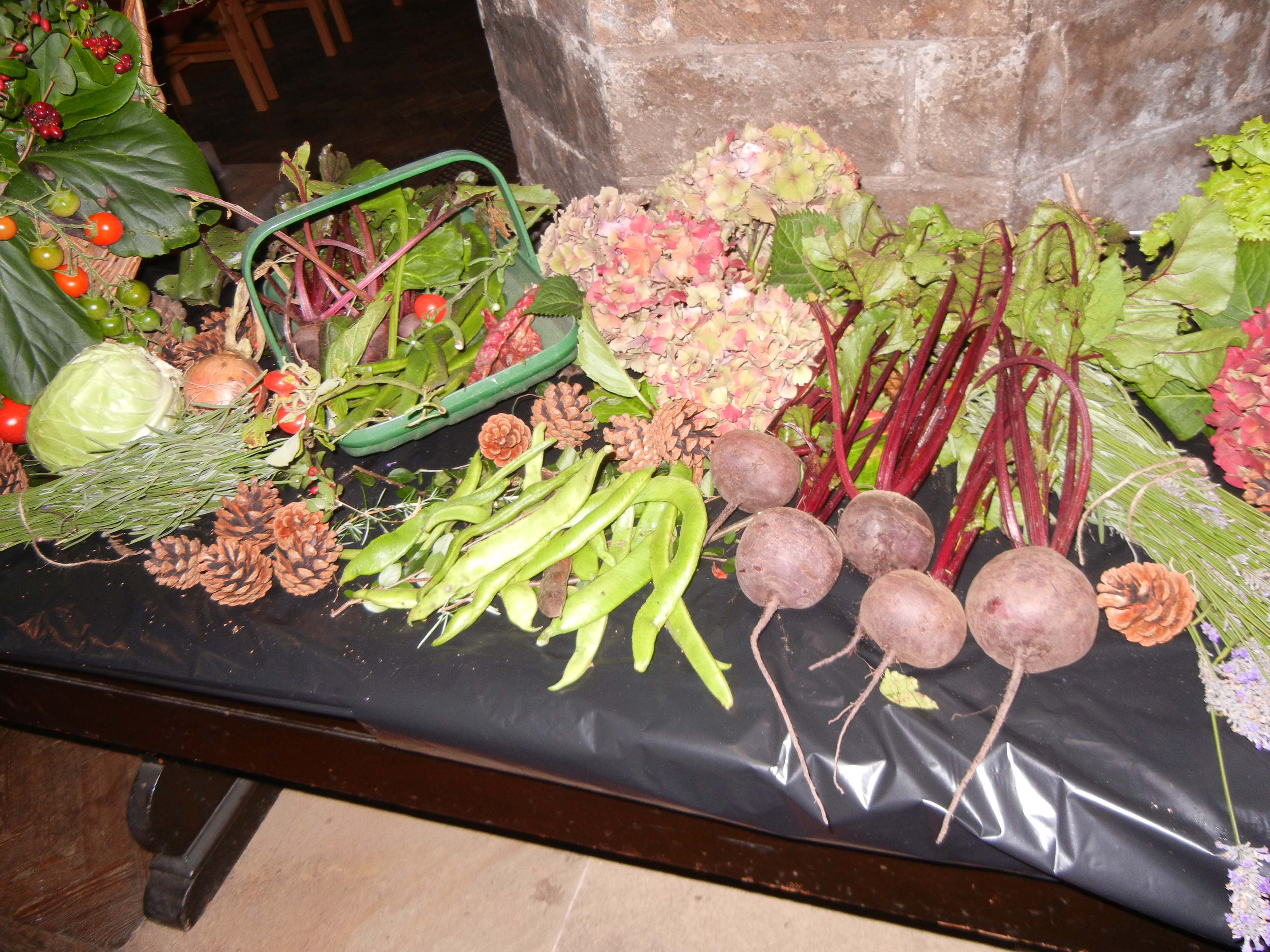 Another survivor from medieval times is on a tiny alley called Coffee Yard, just off of Stonegate. Home of the mayor of York during the Middle Ages, the building’s 14th century bones were for centuries hidden behind updated, modern facades. When it fell into disrepair in the 1970’s it was scheduled for destruction. It was only as the tear-down began that the medieval hall was rediscovered; in the ensuing decades it has been lovingly restored. Exhibits in the great hall, the pantries and in the very dark kitchen gives one a sense of medieval life, with a reminder that even the mayor shared his living space with spider beetles, bed bugs and lice. 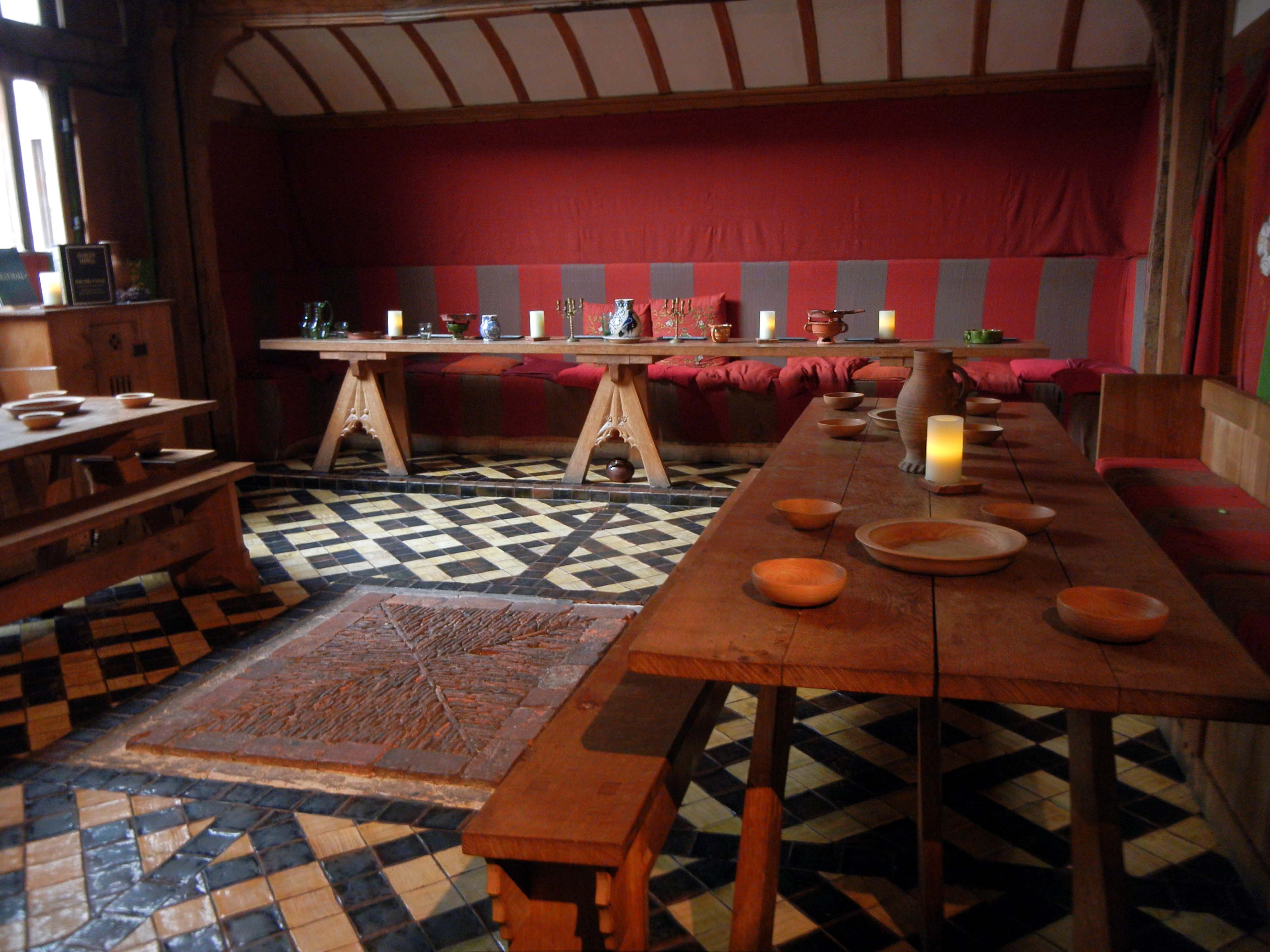 The crowning glory of York is the Minster, a glorious white limestone cathedral built in the 13th and 14th centuries with its breathtaking array of windows. 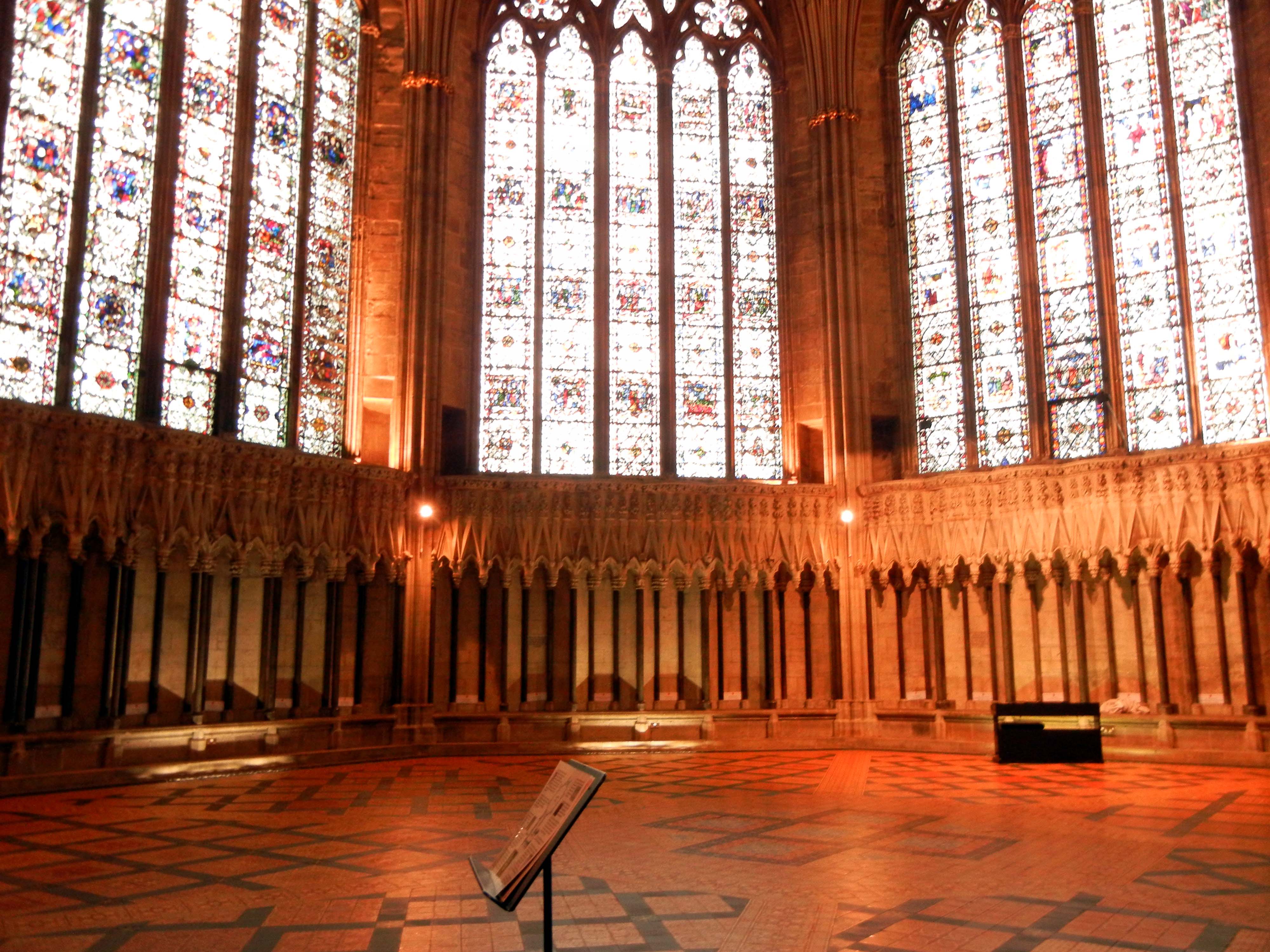 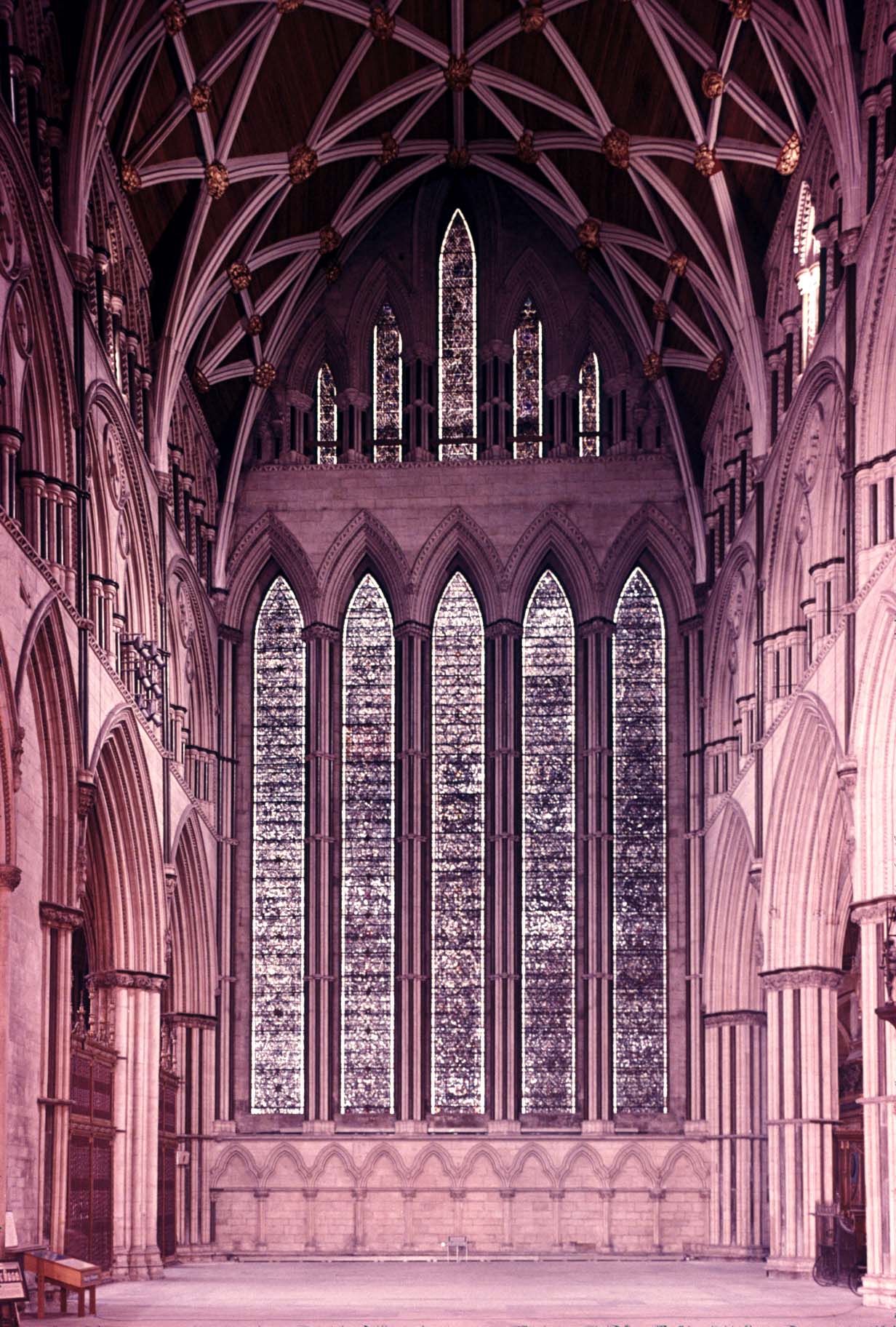 For decades York has been my favorite of the English cathedrals. And then, a few days after this last visit, I had my first glimpse of Ely, and everything changed.