As I write this post, we are less than two weeks away from the U.S. launch of Shadow on the Crown on February 7. You may be wondering how a debut author with a book to promote spends her time during those final 2 or 3 weeks before the birth of her novel. Wonder no more! 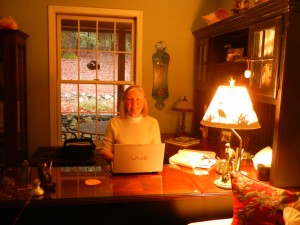 Disclosure: This is me, but not at my desk. My desk is NEVER this tidy.

The Social Media round starts first. This very website and blog are part of that, and I am a little worried that there might be more than a few people in the Blogger/Facebook/Twitter worlds who are already weary of hearing about #ShadowOnTheCrown, (that’s TwitterSpeak) or who perhaps think it’s been on bookshelves for months! Sorry about that.

In truth, it has been on some bookshelves, private ones belonging to reviewers of one kind or another who received what the publishers call an Advance Release Copy of the book, or ARC. These are soft cover books (or e-books) made from uncorrected proofs of the manuscript, so they contain some typos perhaps and are missing the last round of edits, called Second Pass or maybe even Third Pass when necessary. But they are usually in good enough shape to give the reviewer a pretty good read. 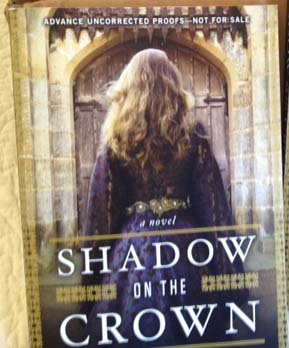 Note the ‘Not for Sale’ band at the top.

Most of the resulting reviews will surface in the week before the book release, but a few slip out earlier and the Blogosphere starts to hum a bit. I’ve discovered some of these by chance, including a couple of positive reviews by gamers – a delightful and unexpected surprise. I never thought of gamers as an audience for my book, but it makes sense that they might be attracted to the early medieval setting of the story. Some reviews appear on the Goodreads site, and partly because of that more than 1000 Goodreads readers have placed it on their “To Read” list. So, more buzz. Yay!

What else? I’ve spent several hours at Rabbit’s Foot Meadery, (what a hardship!) talking with the owners and putting together a little feature piece about them that may appear as part of promotion for the book. 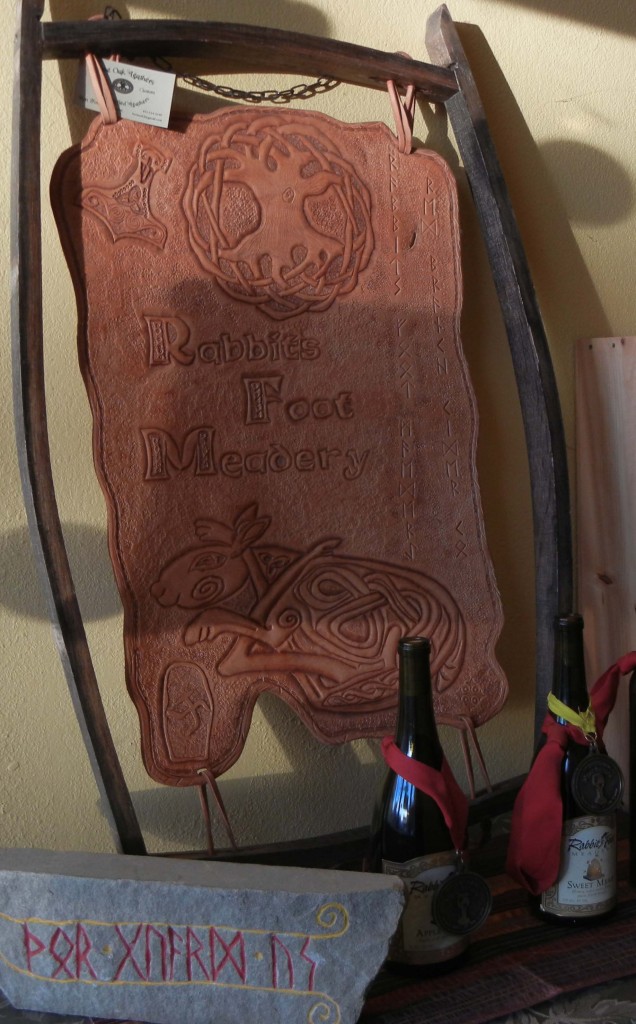 Stay tuned on that one.

There have been three interviews with local media so far, and you can read one of the resulting articles here. I’ve also been responding to requests from bloggers/reviewers for Guest Posts and Q&A pieces. You can read the most recent one here. There will be more, each one a little different. These are enormously helpful in getting an author to focus on her novel, its themes, its inspiration, its relevance to today – any number of things that will be of use when it comes time to talk in front of a live audience!

Or in front of a radio audience, because that’s what’s coming up next week. I’ll be going over to CBS Radio SF to tape an in-studio interview for the Sunday Magazine with Liz St. John on Alice @97.3 here in the Bay Area. Tune in for that on Sunday, Feb. 3 at 6 a.m. You can bet that I’ll be listening.

But first I’m off to Seattle for the American Library Association Midwinter Conference. I’m looking forward to chatting with librarians at my post in the Penguin booth tomorrow, Saturday, Jan. 26, between 2 pm and 3 pm.  I’ll be signing books, too – beautiful hard cover copies of Shadow on the Crown. The title page looks like this: 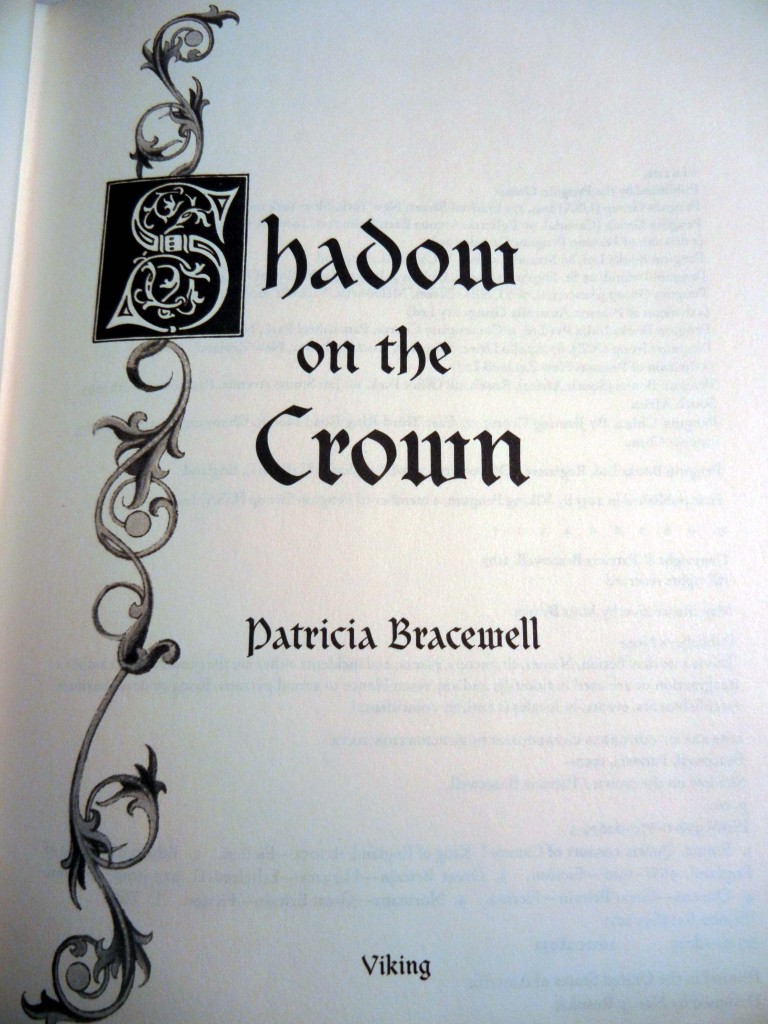 And finally there are the Book Launch Parties to plan. We’ll be toasting Emma with mead at three different venues in the Bay Area and someone has to arrange all of that. (That would be me.)

Other than that, I’ve just been sitting around with my feet up. 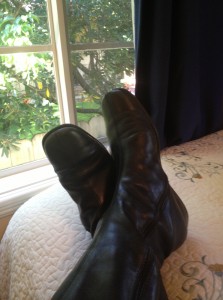