This episode begins with Freydis at the temple in Uppsala, praying before Thor and Odin. This is all part of the Norse gods vs. Christian God theme that runs through the series. And yes, this was a time of change in the Scandinavian countries, with Christianity making inroads into the Norse belief system. 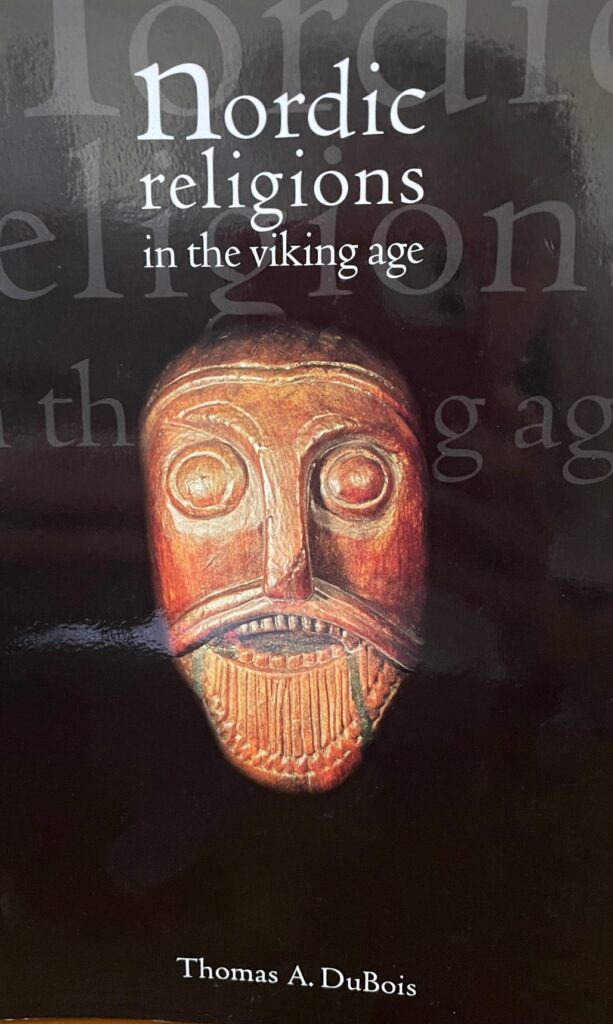 Most of the episode, though, takes place in London. The Danes are taking vengeance on the English after their victory, and the women in Emma’s household are frightened. The queen, though, seated on her throne, is steely as Olaf enters. In reality, Olaf was in Norway making himself king there, but Emma was very likely a prisoner in London. The accounts from that time are conflicting, but I believe she was in London.

What’s interesting about this episode is that Cnut really steps into the leadership role in a way that we haven’t seen before. He stops Harald from killing Edmund with a threat that he immediately follows with a bribe. Closed fist, open hand. That, according to my understanding of Cnut, was how he worked. He also had spies, so he knew what was happening when others didn’t. One biographer describes him as being at “the center of a spider’s web of personal compacts and competing interests.”1 We see this when he informs Harald that his half-brother Olaf has a son that Harald didn’t know about.

Cnut takes control now, testing Edmund and finding him lacking. Cnut has intuited that it wasn’t Edmund who planned London’s defense, but Emma. And in reality, she may well have done that although I doubt there were dragon’s teeth involved. Nice image, though, to describe those iron spikes on the bridge. But Cnut doesn’t know where the queen is, and he has to use Harald to find her. Harald goes to Godwin for help, and Godwin says something interesting. He calls himself a survivor, and he calls Emma a survivor, too. This is exactly how history has perceived both of these figures so it’s a nice bit of dialogue.

But Emma has been squirreled away by Olaf, and he raises an issue for the queen: that if she is sent back to Normandy, she will be nothing more than a piece of property. This is true. She would have been subject to her brother the duke, and it’s one reason why I think that Emma remained in England during this period. Emma is unfazed by this threat, so he ups the ante and brings in her sons, threatening to murder them if she doesn’t tell him where her treasure lies.

So, first, about that treasure. Much later in her life Emma would be one of the richest women in England, although her wealth wasn’t all gold and silver. It was income from properties that she owned. But she did have moveable wealth, and it was stolen from her twice: once in 1036 and once in 1043. That’s another story, but that’s where this particular threat is coming from. Any treasure at this time would have been royal treasure, and although she may have known where it was, it was most likely in the treasury in Winchester, which was the royal city. I’m guessing here. Who knows? Still, she’s wearing a really nice crown with pearls and all, but Olaf doesn’t seem to notice.

Now, about Emma’s sons: Edward would have been older, about 12. He had already acted as his father’s emissary, so he was no innocent child. Childhood in the 11th century was very, very short. Alfred was about 4. I don’t have any argument with their being in London and at risk at this time because we don’t know where they were. It’s a good opportunity for drama, and this is fiction. They also had a sister, Godgifu, but she doesn’t appear in the annals because, you know, she’s a girl. My guess is that she had been sent for safety to Normandy at some point in this decade and did not return to England. We won’t be seeing her in this show, but she existed!

Now the story jumps back to Uppsala where Freydis is meeting with someone we recognize from VIKINGS! He’s a spámaðr – a male diviner who figures frequently in the sagas. His prophecy and Freydis’ dream are not hopeful for the future of pagan beliefs. Another sign: over in London, Leif puts a cross in the hand of the badly wounded Greenlander, Liv. Back in Episode 3 we saw an injured Leif visited by a woman – an angel? – who gave him the cross. Was this woman the Christian counterpart of the spámaðr? Possibly.

Now Cnut is throwing a feast to celebrate his victory, handing out gifts and compliments as a proper Viking warlord should. He’s drawn Emma from Olaf’s clutches and, to the apparent consternation of his men, he introduces her as the one whose battle plan almost defeated them. She joins the party, but she doesn’t look as though she’s having fun, and why should she? She is, essentially, one of the spoils of war, and she knows it. But if she’s afraid, she hides it well.

Eadric has arrived for the feast, and he offers his support to Cnut. Amid the celebrating and congratulating, though, Cnut claims that there is one among them who is an oathbreaker, and he sends for a chopping block. Olaf, Harald, Edmund and Leif all look nervous, but it’s Eadric who dies. If anyone was shocked by what happened to Eadric, well, it actually happened. And possibly just like that! But not until 1017, after Eadric probably began planning a rebellion against Cnut. Mind you, during the battle for England in 1015-16 Cnut and Eadric were sometimes allies. Eadric, in fact, changed sides 3 times; Cnut had him executed “so that soldiers may learn from this example to be faithful, not faithless, to their kings.”2

But hey, no point in getting maudlin over a little spilled blood, so the feast continues with toasts to Cnut, the first Viking king of England. Actually, he wasn’t. His father Swein Forkbeard was the first, although only briefly. Cnut explains that he and Edmund will share the kingship of England. This did happen. After the Battle of Assandun in October 1016 the two men met and signed the Treaty of Olney, splitting England between them. Cnut would rule in the north and Edmund in the south.

But now we see a rupture between the half-brothers Olaf and Harald. Cnut has promised Harald that he will make him king of Norway. It didn’t happen until 1047, so Harald has to wait a long time. As I mentioned before, neither of these men would have been in England in 1016, and they were both always enemies of Cnut, fighting over the throne of Norway which at this time was a fragmented kingdom. I think we’ll be seeing some of that conflict.

And now Cnut begins his wooing of Emma. According to the Encomium Emmae Reginae he gave her gifts and promises, but in this show he presents her with her sons, who have been rescued from Olaf’s thugs. There’s a lot more to this story. For one thing, Edmund had sons, too, and all of the sons of Æthelred and Edmund would have been a threat to Cnut’s takeover of England because they would have been rallying points for rebellion. I have to wait to see where the showrunners are taking this before I go into what happened next.

The final scenes return to Uppsala and the Christian vs pagan theme which is pitting the Scandinavians against each other, and it’s not looking good for the pagans.