Welcome to a week of The Modern Medieval: a series of brief posts about modern day street names in England that evoke the medieval past. (Note: there are LOTS of them, but I’ll focus on just a few because otherwise this would go on forever.)

I recently made a quick visit to one of my favorite cities in England, Winchester, so let’s start there. 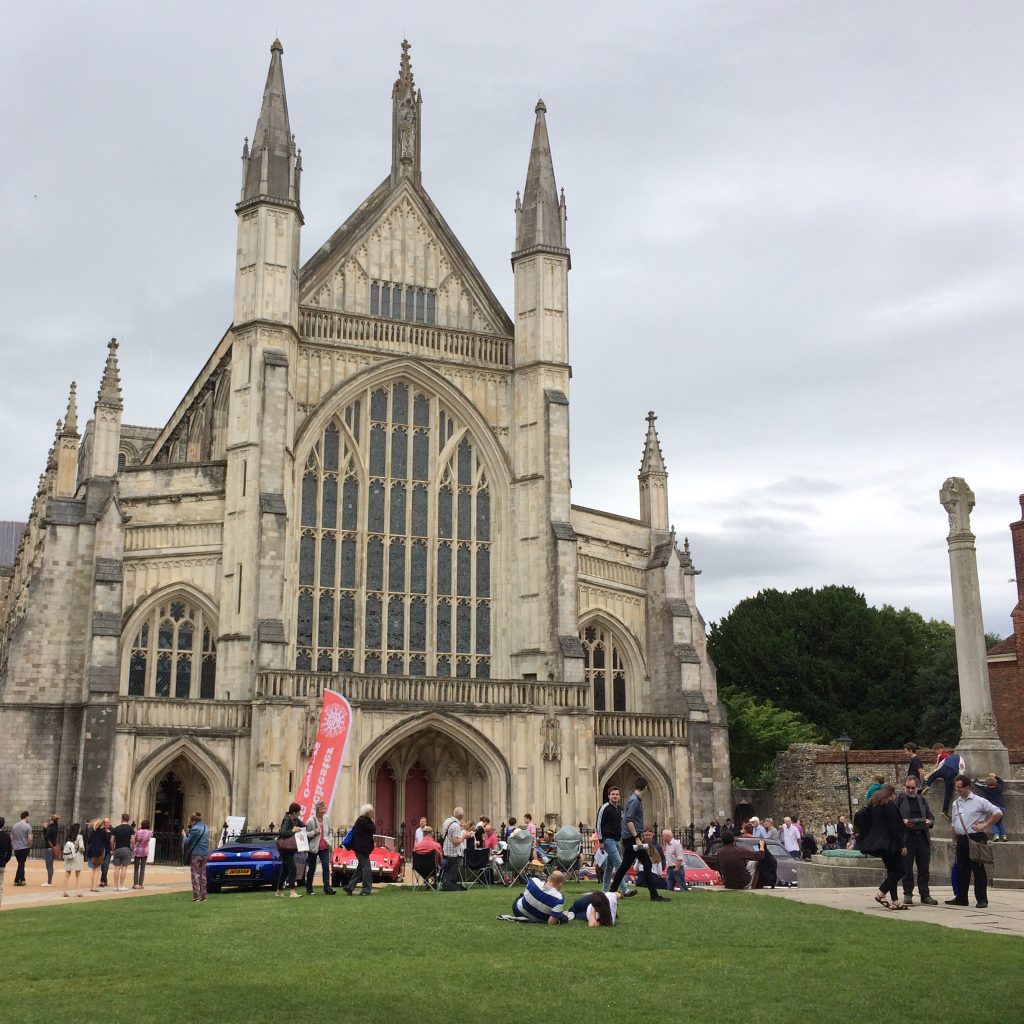 Founded by the Romans as Venta Belgarum, the city was completely restructured in the late 9th century under the direction of Alfred the Great and became the royal city of Anglo-Saxon England. The defensive walls were fortified, a royal residence was established, new central churches built, and a new street grid replaced what the Romans had laid out. The streets had names like Tannerestret, Goldestret, Sildwortenestret (silverworkers), and Scowrtenestret (shoemakers) that indicated where these industries took place within the town. Tanner Street is still there today, although you won’t find any tanners at work there. Kingsgate Street will lead you to Kingsgate, which marked the entrance to the Anglo-Saxon palace grounds. St. Peter’s Street, St. Thomas Street, St. Michael’s Road and Saint Swithun Street evoke memories of the churches that once stood there. (More about Saint Swithun on Thursday.) Not far from the Medieval Great Hall, you will find this: 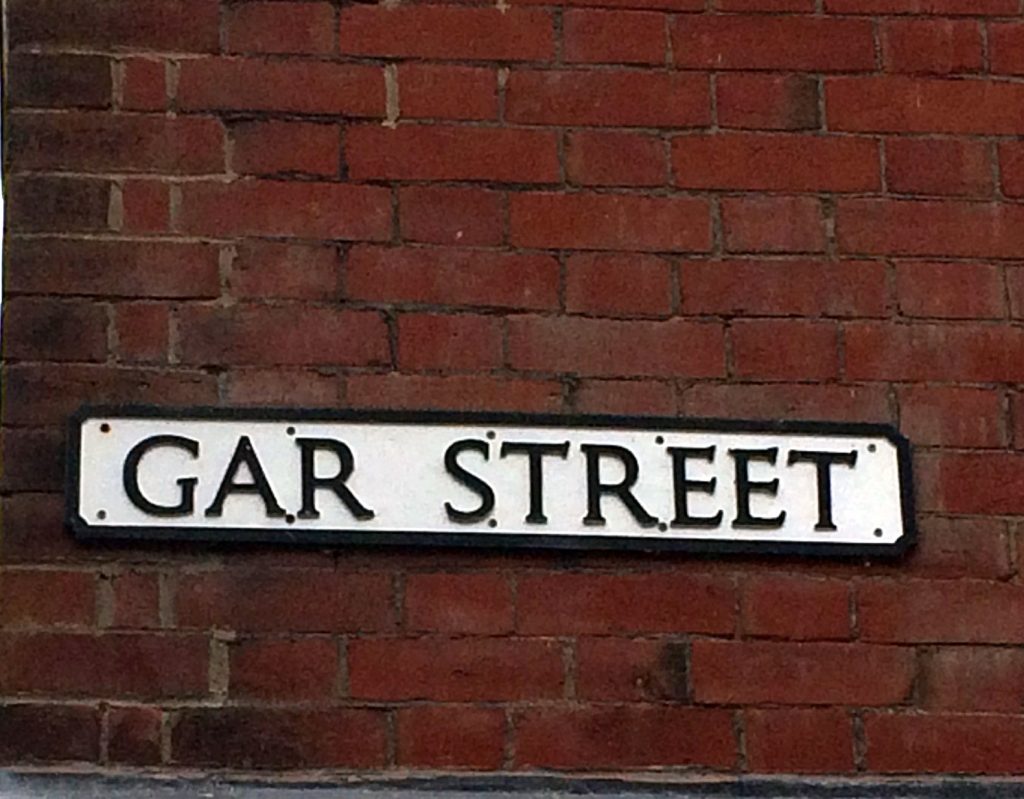 Gar is an Old English word meaning ‘spear’, and Gar Street is a short block that, appropriately, turns into Archery Lane. The name is a nod to Winchester’s Anglo-Saxon past. Coincidentally, while we were wandering about the city we ran into this group. 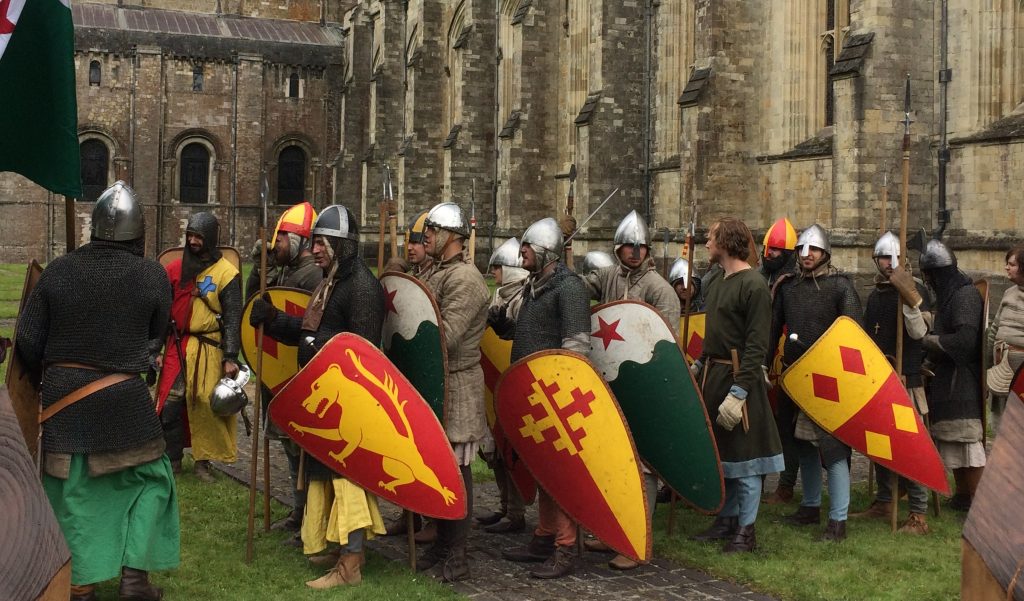 They are armed with gars, but these are Normans so they would probably refer to their  weapons as lances. Pesky Normans.

Check in tomorrow to read about a street with a lascivious history in Shrewsbury.

This entry was posted in History, Medieval and tagged Winchester. Bookmark the permalink.