On May 5, 1010, a great battle was fought between the Anglo-Saxons and the Danes at Ringmere Heath. At battle’s end, it was the Danes who remained masters of the field of slaughter. 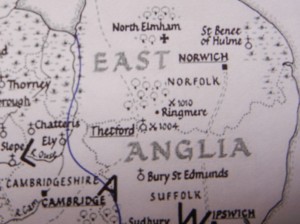 It was a terrible loss for England, whose men fought under the banner of Ulfkytel of East Anglia, a great lord wed to one of the daughters of King Aethelred. The roll of dead listed in the Anglo-Saxon Chronicle is an indication of just how bad it was.

There was slain Athelstan, the king’s relative, and Oswy, and his son, and Wulfric, son of Leofwin, and Edwy, brother of Efy, and many other good thanes, and a multitude of the people.

It was a wretched day for the Angelcynn.

Last October I went to East Anglia in search of Ringmere Heath. It wasn’t easy to find. Pre-Conquest battle sites may be marked on occasion, but even the people living nearby are sometimes unaware of the events that took place there a thousand years ago. I asked for directions at West Stow Anglo-Saxon Village, but no one could help. Even the ice cream man, who knew every lane within miles, just shook his head. It wasn’t until the next morning that we finally found our way to Ringmere Heath. 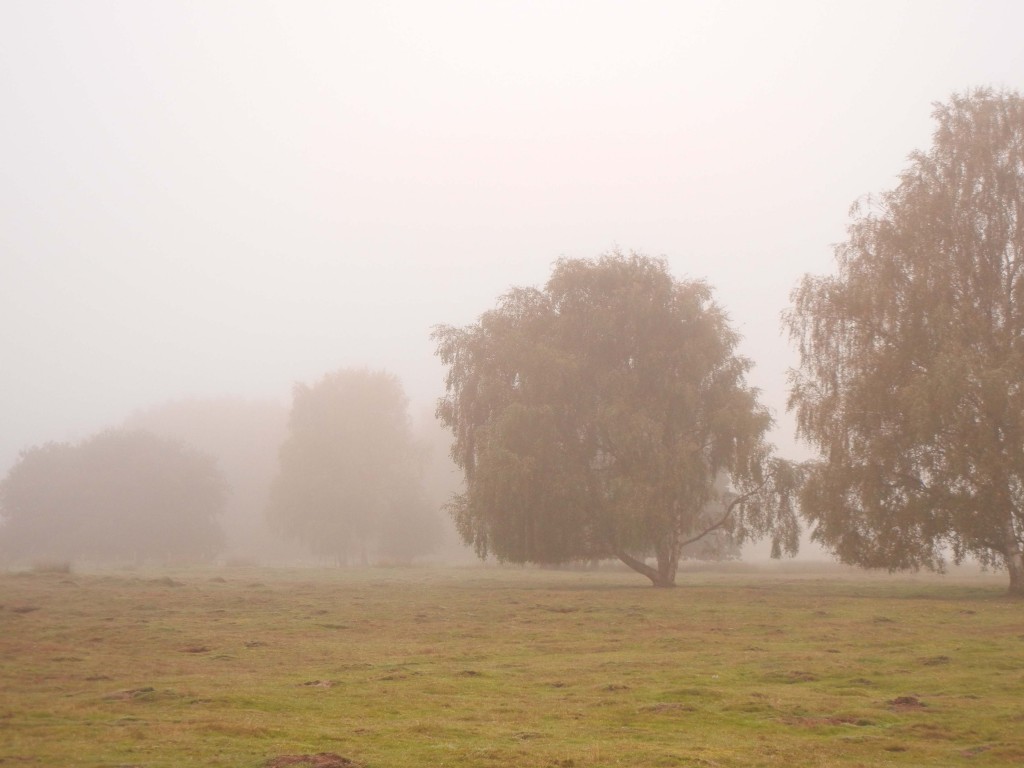 I was glad that we had waited. A thick fog had settled on the landscape that morning, atmospheric as heck. It was easy to imagine an enemy army suddenly appearing out of the mist to the horrified surprise of the defenders. I never saw the actual mere, although it was there somewhere, behind a stand of trees. To the north of the lake and to the east was flat wasteland, studded with rabbit warrens, the perfect setting for a battle. Possibly there were woodlands all around the heath a thousand years ago, barriers that two armies could have used to good effect to prevent the enemy from out-flanking them. There is no way of knowing if what we saw was anything like what was there in 1010, but the fog and the landscape were evocative. 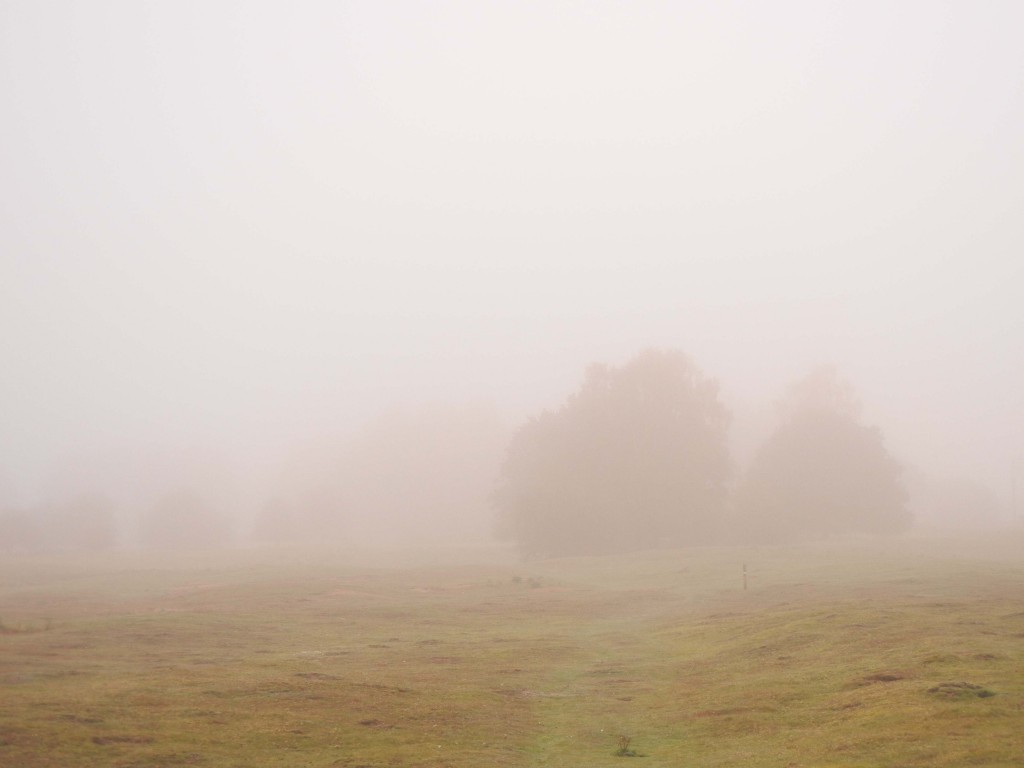 As I walked the field I wondered if somewhere beneath my feet the detritus of battle still lay undiscovered – broken weapons, the bosses from long-rotted wooden shields, the bones of dead warriors. Was it ghoulish of me to have come in search of such a place, where so many men died such wretched deaths? It didn’t feel that way to me. What I felt was sadness, and awe at standing in a spot marked by such a history. For all I knew, one of my own ancestors may have fought here and managed to escape the carnage. 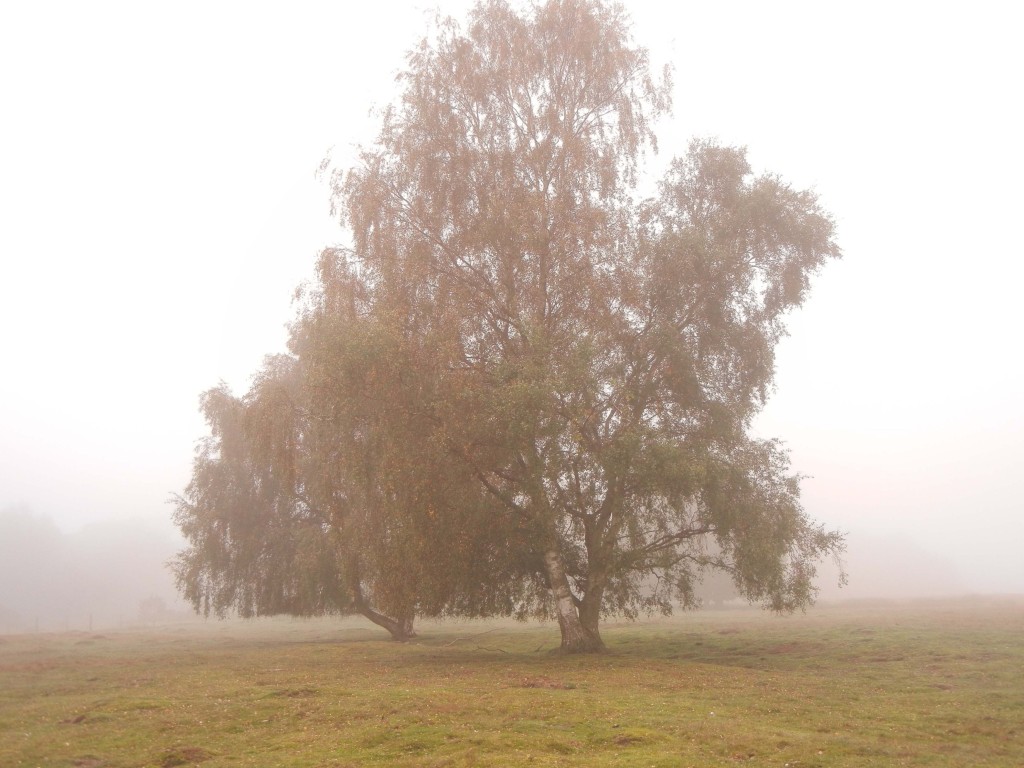 There are many well-marked battlegrounds that are much-visited historic sites – Hastings, Waterloo, Gettysburg, the beaches at Normandy. I think it must be a human compulsion to honor the warrior dead, even as we are appalled by the strife that engulfed them.