I first visited York in the 1970’s, and I was utterly smitten by the medieval city: the magnificent York Minster, York Castle and Clifford’s Tower, abbey ruins, the warren of medieval streets known as The Shambles, the museums, the shops offering the most charming of wares or high tea with cream scones, all this bound by the massive, white city walls and their magnificent gates. York seduced me in a way that the sprawl of London could not. 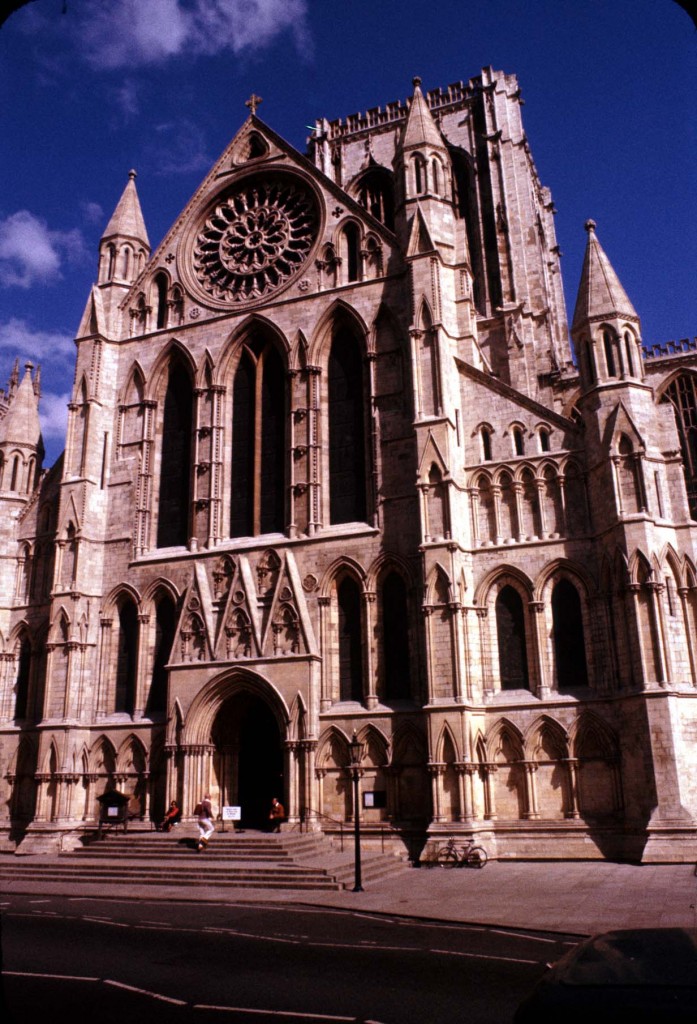 I have returned to York several times since then, and on every visit I discover something new. I’ve learned a great deal more about the medieval world since that first visit as well, so I look at York a little differently. For instance, by my second visit I was aware that the original shambles would have been a meat market, and that there would have been open counters covered with slabs of raw meat in front of the shops. The gutters would have run with fresh blood and in summer the flies must have been a torment. Not quite the charming medieval quarter that we see today! 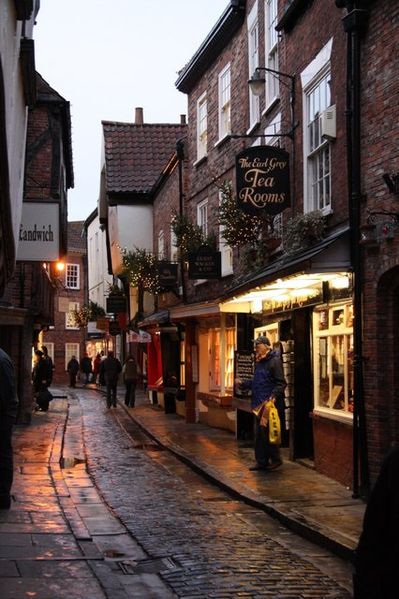 The Shambles, from Wikimedia Commons

York itself has changed as well. Compare the photographs below of the ruins of St. Mary’s Abbey – the first shot taken in 1976, and the second in 2012. 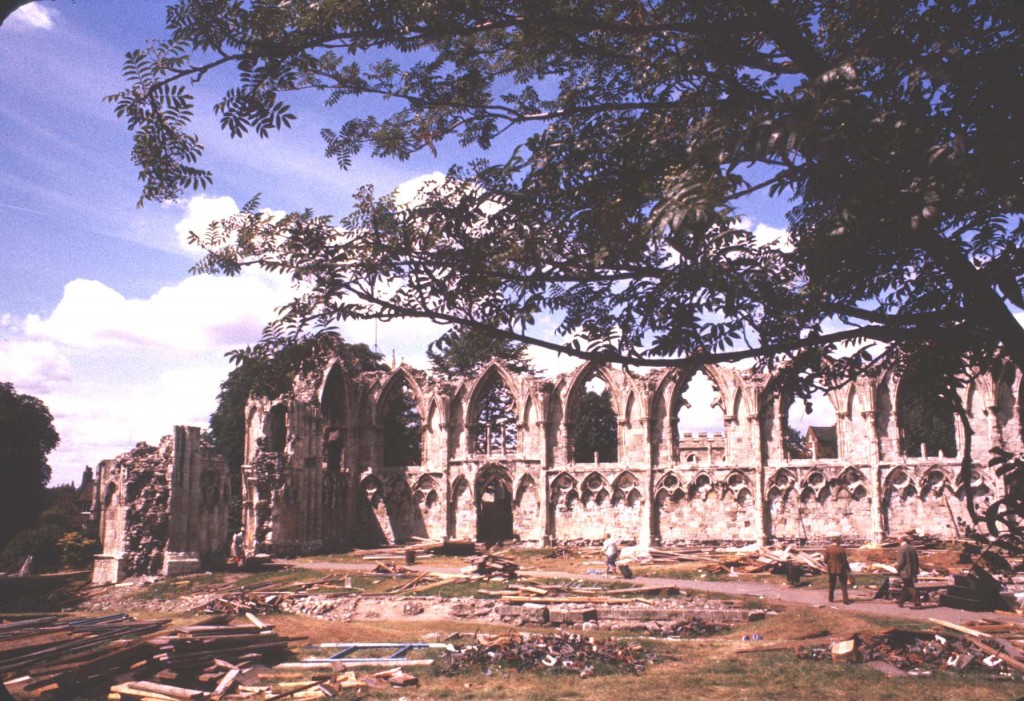 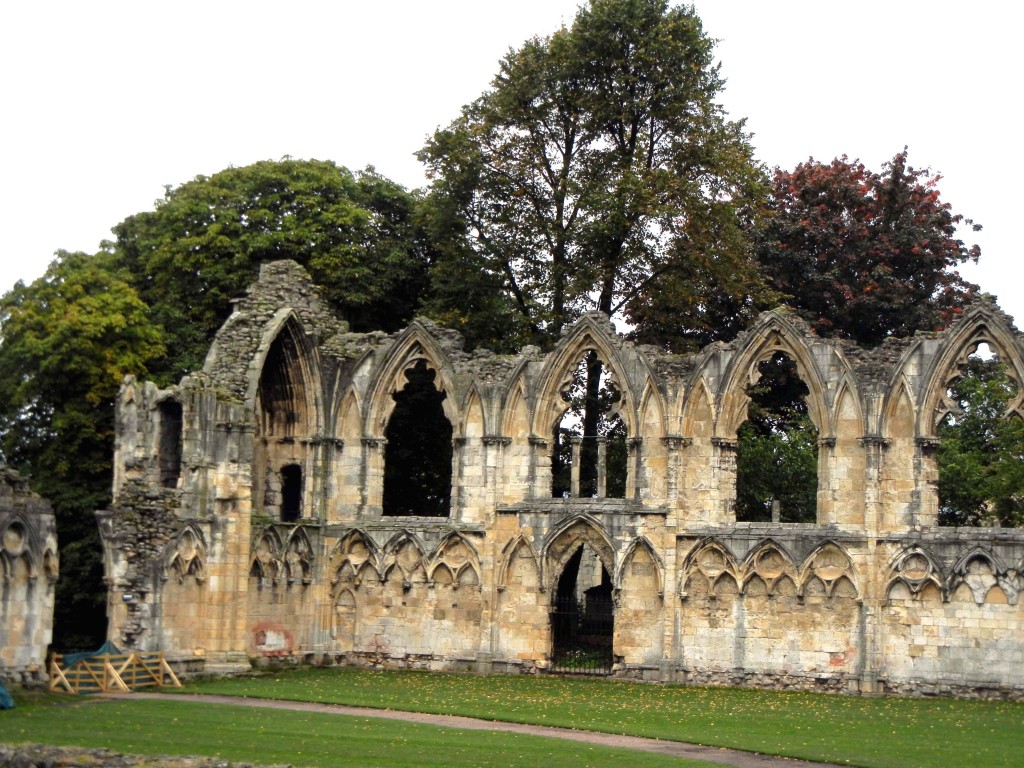 Funny how the photographer chose to stand in the same spot, separated by over 30 years!

The nearby Yorkshire Museum has recently undergone a huge remodel. A silver horde discovered in 2007 is only one of many fabulous Viking finds on display, but I stood for the longest time in front of the case that held the stunning, 15thcentury Middleham Jewel. 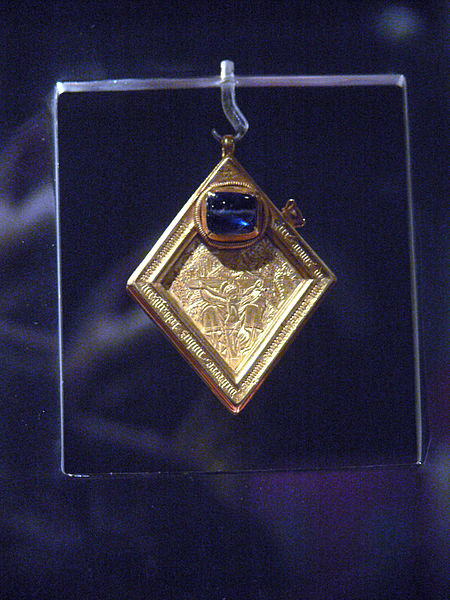 The houses, lanes and workshops of the Viking-age city were not yet unearthed when I first visited York, so I was completely oblivious to York’s Viking past. The Coppergate excavations of the late 1970’s eventually resulted in the creation of the Jorvik Viking Center. Because of my avid interest these days in all things Viking, on this latest trip the Viking Center was my destination. It was crawling with school children – 4th grade perhaps? – but I selfishly hogged the touch screens that detailed information on runes, cunning women, ships, and travel, scribbling notes all the while. I reasoned that the schoolchildren of York could return any time, while a return trip for me was likely in the far distant future.

There was a great deal to see. For example: the skeleton of a 24-36 year old man with 16 visible wounds including an axe wound on the leg, a wound to pelvis, and to the back of his head. This was enormously popular with the schoolboy set. They were less interested in the beautiful, glass linen smoothers that would have been heated and used – like an iron – to flatten yarn and cloth during garment making and laundering.

There was information about what the people of Jorvik ate, what they did, the products they used, their crafts, how they lived and what they wore. You have a question about the Vikings at Jorvik? You’ll get the answer at the Viking Center.

This city, named Jorvik by the Vikings, was the focus of their power in northern England. It was under Scandinavian control from 876 until 954 when it was brought into the new kingdom of England. In my novel Shadow on the Crown there are no scenes set in York, but the city is mentioned several times. I used its Viking name, Jorvik, in the book because I wanted to emphasize Jorvik’s Viking connections, which were still strong in the 11thcentury although the city was under the rule of the Anglo-Saxon kings. 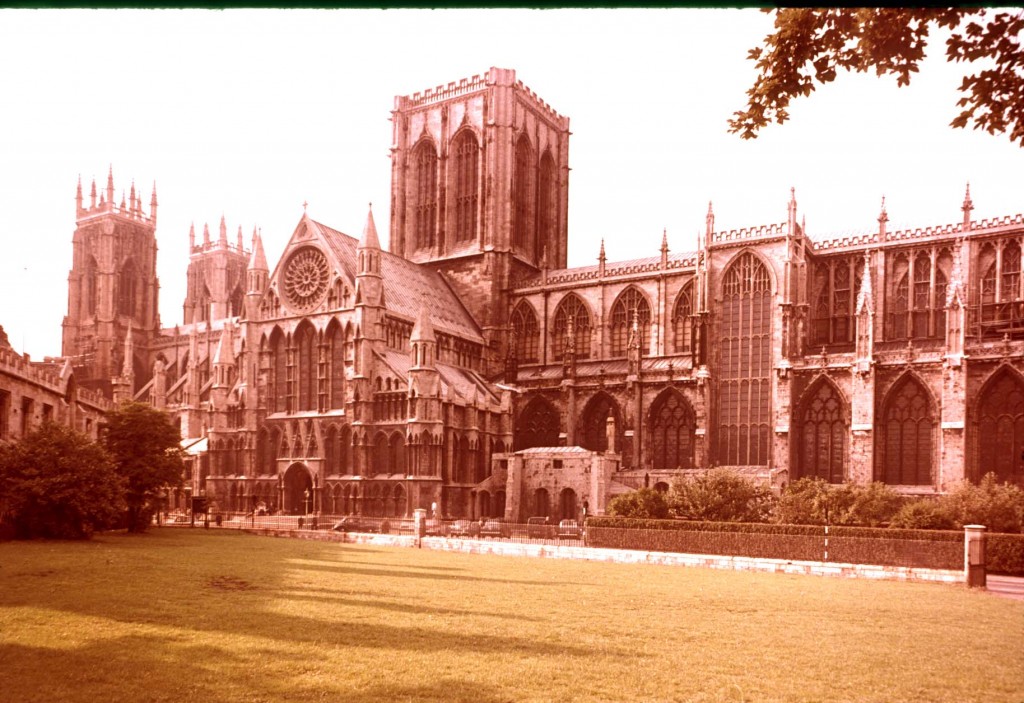 York Minster, taken in 1976, when I didn’t know what a minster was.