The Last Kingdom 5.10: Destiny is All

The final episode of this season takes place at Bebbanburg, where the show and the novels have been leading from the beginning. How that return to Bebbanburg plays out in this series bears little resemblance to what happens in the novel The Flame Bearers on which it is very loosely based. Nevertheless, I think it’s safe to say that Bernard Cornwell must be pleased with this entire series and the direction it’s taken, given that he dedicated his final novel about Uhtred to Alexander Dreymon and the cast and crew of The Last Kingdom.

The final scene of TLK Episode 9 left us with Athelstan facing the fortress and waiting for an answer to King Edward’s ultimatum: Give us Aethelhelm and Aelfwynn or we will besiege and kill you all. The response is an arrow bolt that lands a few feet from the aetheling. We take that as a no.

Inside the fortress Wihtgar makes an executive decision about the best way to avoid an attack and in time-honored villainous fashion he drags Aelfwynn to the ramparts where Edward can see her threatened with  a knife and then orders her to be pitched over the palisade. But Uhtred’s been lurking and Wihtgar is not only foiled he’s terrified because now his dang cousin is stalking him within his own walls.

The mood inside the fortress is snarky because Wihtgar hates having to obey the Scots king, and the king and Wihtgar both hate Athelhelm. Well, everybody hates Aethelhelm.

While teams of Edward’s warriors batter the fortress gates Uhtred and his cohorts including, to his surprise, Hild, manage to get Aelfwynn down to the sea gate and out of the fortress. We are reminded along the way that before Hild was a nun she was one of Uhtred’s companions and she was good with a sword. The guard who tries to stop her finds that out the hard way. Meantime Constantin sets a plan in motion that he hopes will lure Edward’s army toward the fortress even as the Scotts are approaching them from behind. Young Uhtred tries desperately to stop Edward from taking the bait, but the king refuses to listen. The Wessex men are about to be fighting on two fronts. I KNEW this was going to happen. But I didn’t foresee that Edward’s army would be outflanked and driven toward the cliff-edge. The show runners are cruel.

I don’t know how many minutes of screen time this gruesome battle lasts but a lot of warriors fall off that cliff. Uhtred is helpless to aid them until he spots Stiorra in the distance. It takes an awfully long time for him, with Finan and Sihtric at his heels, to grab a horse and dash to where Stiorra is about to retreat. And then he takes the time to tie his horse’s reins to a branch! Uhtred! Really?

It might not matter, though, because Stiorra is not in a fighting mood. It’s too late, she tells her father. The risk is too great. But Uhtred’s eloquence and promises persuade Stiorra and her Danes, and soon it’s the Scots who are fighting on two fronts. Some of them abandon the field and when Constantin sees them running he knows he’s beaten. He orders his men to burn the fortress and take as many hostages as possible.

Uhtred wants hostages, too, and he gives Pyrlig (who thankfully didn’t drown at sea) that task, then runs to the fortress where his cowardly cousin has been watching the battle from the ramparts. Athelstan hares after Uhtred, and the next several scenes take place inside the fortress and they are all about family discord. Uhtred stalks his cousin, while Athelstan confronts his half-brother and that snake Aethelhelm.

Athelstan (Harry Gilby) is a very engaging figure, just like the youthful Athelstan of the novels. The showrunners have given him a chance to reveal his character in several of this season’s episodes, and he really shines in this scene. He’s furious with Aethelhelm, yet compassionate toward Aethelweard. Luckily for the brothers, Aethelhelm himself delivers his own just reward. There is no family blood on the boys’ hands.

Speaking of a family’s bloody hands, when Uhtred catches up with his cousin, Wihtgar taunts him: “Kill me as I killed my father, as your son will kill you. That is the destiny of our family.” Uhtred has a curt, simple, apt reply: “No it is not.” It’s fitting that Wihtgar’s end is the same one that he threatened to give Aelfwynn.

Did I mention that the fortress is on fire? And we don’t like fire because it reminds us of what happened to the elder Ragnar and to Thyra. Athelstan tries to get Uhtred to leave, but Uhtred refuses. He will not just stand outside and watch his inheritance burn. Let the gods decide his fate. And they do, because moments later it starts to rain.

With the fire out thanks to Odin’s intervention, Uhtred and the Scots king parley about hostages and terms as Edward of Wessex makes his way across the slaughter field toward the fortress. Ignoring the bodies lying all around him, the king claims victory, and only Finan hints at the cost of that victory. It’s interesting that the Scots king negotiates with Uhtred, not with King Edward at battle’s end.

The penultimate scene in the fortress yard is one of rejoicing, reunions, and a sly remark from Aelswith that makes Uhtred look like he’s been gut-punched and makes me laugh out loud. Are you wondering about the youth Osbert who is led toward the fortress by Hild and has obviously been in her care for some time? Think back to when Hild had to tell Uhtred that his wife Gisela had died in childbirth, and Uhtred wanted nothing to do with the baby. We never knew what happened to that child. Now we do.

King Edward the Oblivious presumes that he has just unified the three kingdoms—that Northumbria will now be part of England. It’s up to Uhtred to set him straight and Edward does NOT like what Uhtred has to say: “The man who will unify England must be someone behind whom the people will stand together as one. You are not that man.”

In the final minutes there are some flashes forward as Uhtred contemplates what might lie ahead. The most surprising of these is a glimpse of Aethelweard locked behind bars in a very well appointed chamber and apparently looking quite content. My favorite, though, is the glimpse of swordplay between Uhtred and Athelstan.

There are a good many flashes backward, as well, as Uhtred recalls those who have been part of his life, and I’m guessing that Uhtred is not the only one getting all teary-eyed. One of the last images is of a dying King Alfred, and we know that, in Bernard Cornwell’s words, “this tale of England’s making, of Alfred’s dream, has not yet come true, so Uhtred must fight again.”

The final chapter of Uhtred’s saga still lies ahead. The filming of “Seven Kings Must Die” has just wrapped, so Uhtred and his companions will return.

Now, a historical note about Aelfwynn: When her mother Aethelflaed died in June, 918, most of the Mercian nobles accepted King Edward as their lord, but some wanted to preserve Mercian independence, so they recognized Aelfwynn as their ruler. But the following winter, in a violent act of power, Edward had his niece carried off into Wessex. We never hear of Aelfwynn again. She may have been planted in a convent—the fate of so many royal women. But it’s pleasant to think that she may have married and raised a family with a Saxon warrior. Who knows? Maybe even one named Cynlaef. Why not? 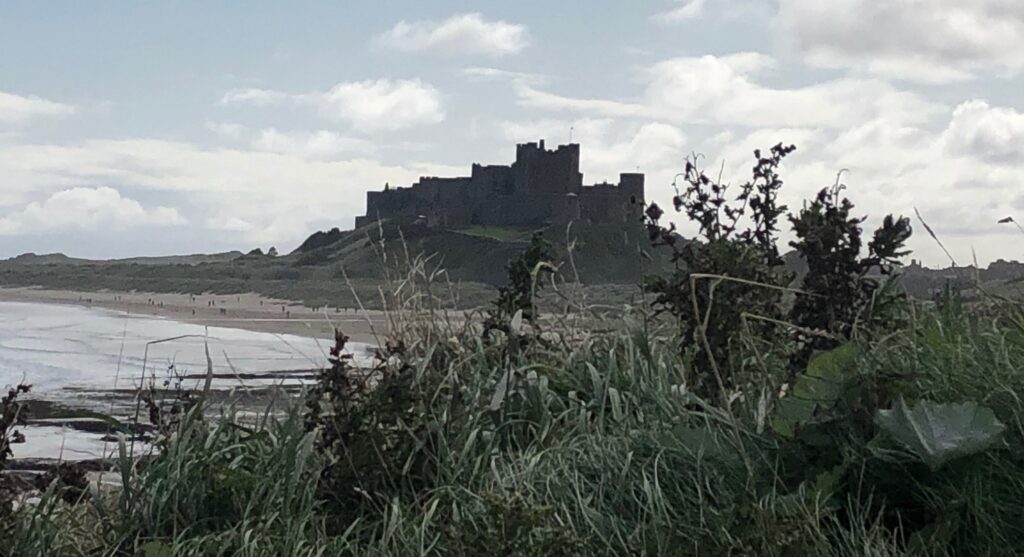 3 Responses to The Last Kingdom 5.10: Destiny is All