There’ll be bluebirds over the White Cliffs of Dover
Tomorrow, just you wait and see.
Walter Kent, Nat Burton, 1941

If you travel by ship from Calais to Britain, the cliffs of Dover emerge like a pale wall above the sea as you near the English shore. I saw them for the first time in 1972 from the deck of a Channel ferry. I had been peering into the distance, searching for them. I knew about Dover’s white cliffs, of course. Everybody knows about the White Cliffs of Dover, right? The song quoted above was very popular in Britain during WWII, and although there are no bluebirds in England, there are definitely white cliffs near Dover. They look like this: 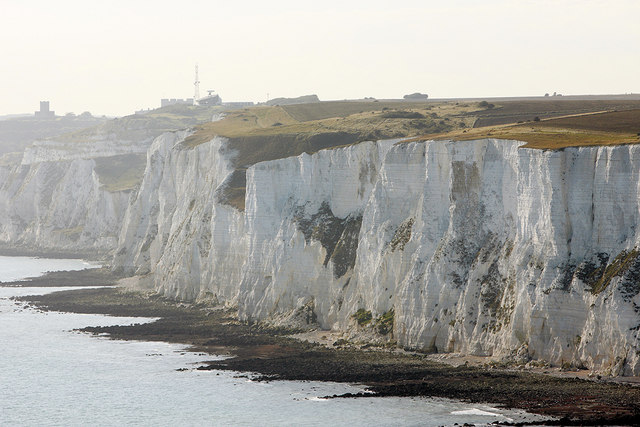 Imagine my surprise when, some 35 years after I first glimpsed those Dover cliffs, I stepped out onto a beach near the Norman coastal town of Fecamp to see white cliffs quite similar to the ones in England. They look like this: 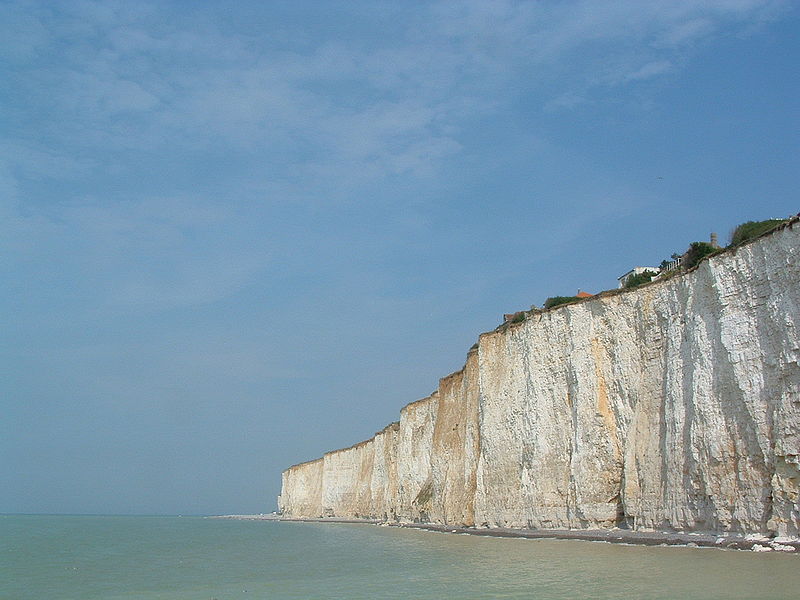 In Normandy these cliffs are called Côte d’Albâtre, the Alabaster Coast. They are part of the same chalk plateau that forms Dover’s white cliffs, separated of course by the English Channel, which the French call La Manche and which, in medieval times was known in England as the Narrow Sea. To my knowledge there is no song called Côte d’Albâtre, but I could be wrong about that. 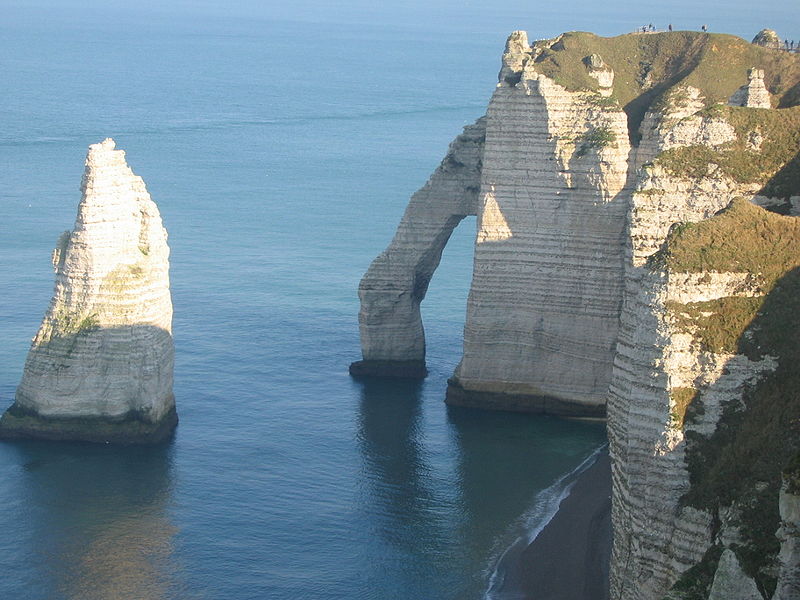 Cliffs near Fecamp, at Etretat

The coastline at Fecamp, some 150 miles southwest of Calais, is stunning, and I would love to go back there again and spend several days prowling around the town and the shore. Fecamp has been a fishing village since Roman times, and today Fecamp’s harbor area is filled with cafés and restaurants serving fresh seafood.

But there is more to Fecamp than the harbor and cliffs. Fecamp’s abbey, of which only the magnificent Church of the Trinity remains, was wealthy through most of the Medieval Period. Founded in the 7th century, the abbey was destroyed by vikings in the 9th century, then re-founded in the 10th century by a descendant of those same vikings, who by that time had learned better manners. That was Richard, the first Duke of Normandy. Close by the abbey was a palace built by Duke Richard and his son – the ruins are still standing. 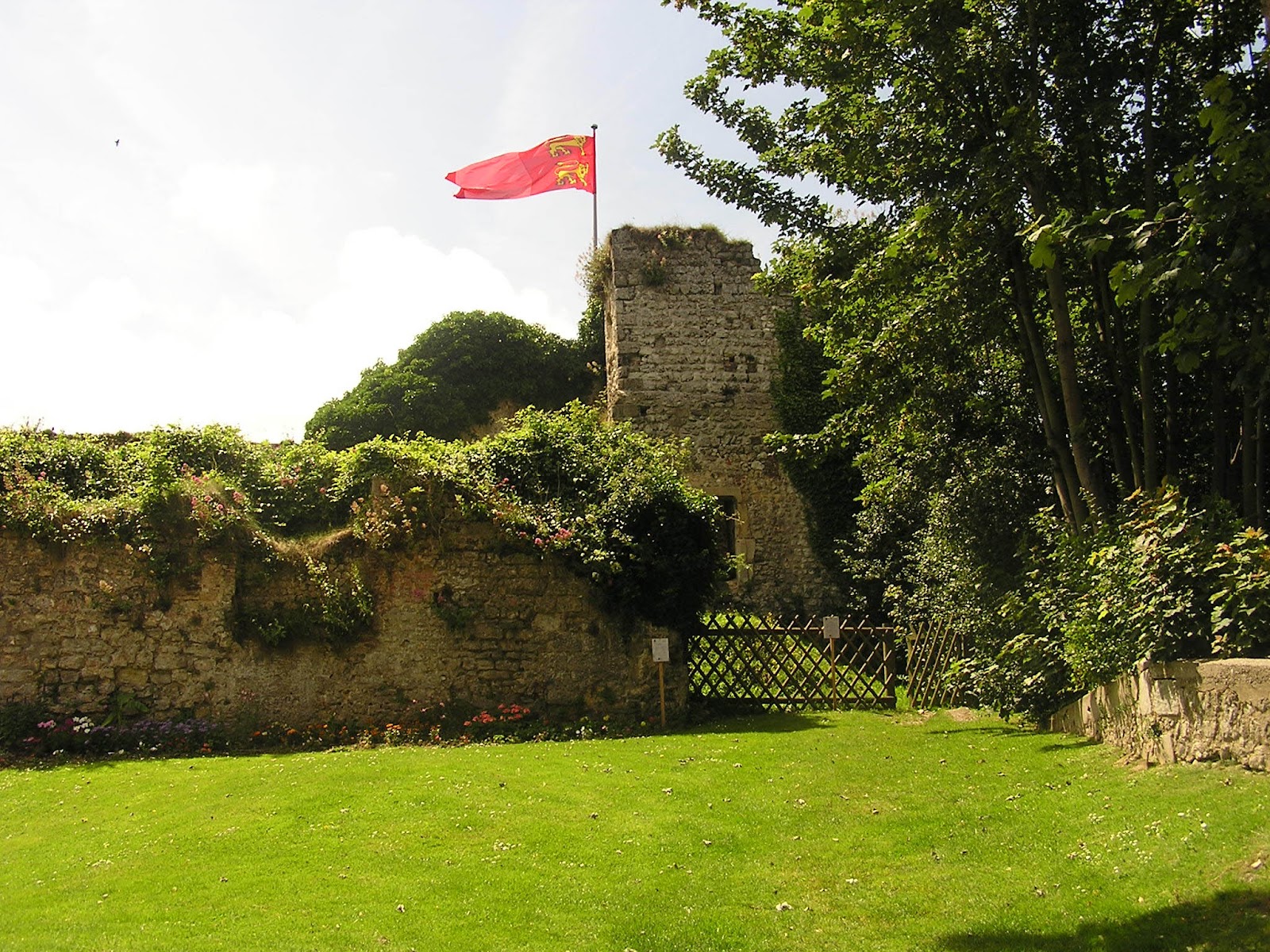 The members of the ducal family were supporters of the abbey for generations. Richard’s daughter, Emma, sent across the Narrow Sea to wed an English king, saw to it that the abbey was granted the English port town of Steyning. It may seem strange to us that a Norman abbey would be given English land, but it happened all the time, in both directions. Steyning’s port revenues and rents added significantly to the abbey’s income. Emma’s son, King Edward the Confessor, confirmed the abbey’s holdings, but after his death the next English king, Harold, son of Godwin, took it all back and expelled the monks who had settled there. 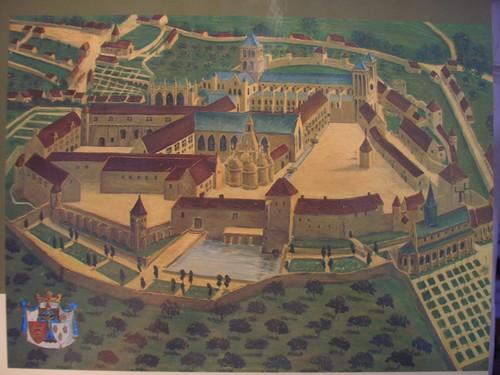 Harold was not a Norman, and it’s likely that the idea of Normans having a toehold on an English port made him nervous. He had good reason. The Norman duke at the time, William, vowed to return Steyning to Fecamp Abbey. In 1066 he invaded England, beat Harold, returned Steyning to the abbey and threw a party in the Fecamp palace to celebrate his victory at Hastings.

It’s very possible that back in 1002, when Emma of Normandy left to wed her royal English husband, she set sail from the port at Fecamp. She certainly would have been familiar with the white cliffs of the Alabaster Coast. One wonders if she knew about the white cliffs that would greet her across the Narrow Sea, or if she would have been taken completely by surprise. 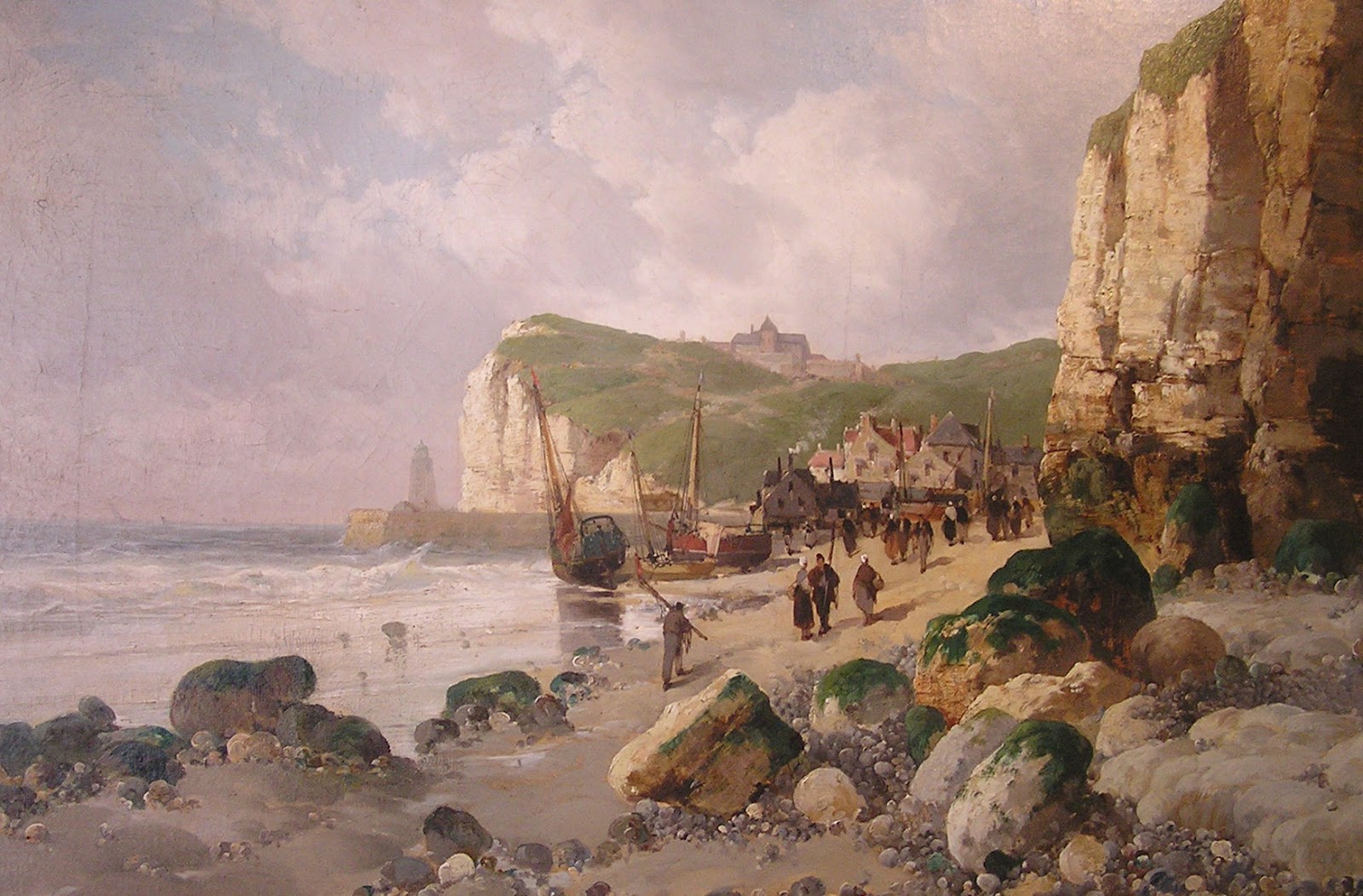