As I’ve stated before, VIKINGS is not history. It is fiction studded with historical elements, and for me part of the fun is nosing out the history on which this fiction is based.

In Ragnar-land this week, near the fictional village of Kattegat, Bjorn is wandering an icy tundra to prove that he’s tough; Floki has escaped his confinement and is running for his life; and things between Ragnar and Aslaug are dicey. These story lines are born from screenwriter Michael Hirst’s imagination. Fair enough.

In Paris, Rollo and Odo meet over a cool 3-D layout of the Seine, and Rollo shows Odo how to defend Paris: 1. build two towers facing each other across the Seine; 2. run a chain across the river; 3. build more ships. In fact, the towers definitely existed, although long before Rollo appeared on the scene. And those towers spelled trouble for the vikings in the 9th century. As for the chain, there was a great chain across Constantinople’s Golden Horn in the 10th century, and it could have been there earlier. Whether there was ever one across the Seine, we’ll never know. But it was possible. As for the ships, you can never have too many ships.

Meantime, Rollo tries to emulate Frankish looks, and although I don’t care for the way it’s handled here, Vikings who settled in northern Frankia eventually embraced Frankish culture: language, religion and, yes, probably clothing and hair styles. They would become distinctly Norman, though; not French. As for Rollo’s relationship with Gisla, there is a tradition that she spoke disparagingly of her Viking husband, and screenwriter Michael Hirst seems to be following that tradition. Nevertheless, the Rollo who looks abashed in the presence of his haughty bride does not seem consistent with the Viking warrior that we have seen in previous episodes.

And now, to Wessex and Ecbert the Awesome. His ally Queen Kwentrith of Mercia has been overthrown by her nobles and is being held in ‘a tower somewhere’. Really. Those are the words that Ecbert’s son Æthelwulf uses. So, let’s find her, he says, and rescue her, and this may mean we have to go to war with Mercia, so prepare your men for battle.

What’s interesting about this scene is that one of Ecbert’s nobles complains, But we may not have to go to battle, and keeping an army in the field is expensive. He’s right. The army has to be fed and trained, and while it’s doing that, it is not plowing fields or raising sheep. And this was a problem that the Anglo-Saxons faced when dealing with Viking raiders for decades. By the time the English had gathered to fight, the raiders had looted and left. Nevertheless, Ecbert seems to have been able to raise armies and use them against Vikings, Britons, Mercians and East Saxons so that Wessex became the dominant power in southern England.

So we see Ecbert’s army practicing their moves. Apparently someone has ridden  500 years into the future and brought back 14th century helmets for them to wear. Mind you, only the very wealthy had helmets at all, and they would not have looked like this in 829. (Note: the only wealthy man in the group is actually NOT wearing a helmet. Go figure.) The point that’s being made, though, is that Ecbert is preparing for conquest.

But there is a personal side to this storyline, because Ecbert’s daughter-in-law Judith doesn’t want to be his bed-mate anymore (a liaison that is totally fictional, of course). Ecbert asks her what she wants, what she really wants. What will make her free? (A very non-9th century concept). Her reply: I want to paint. 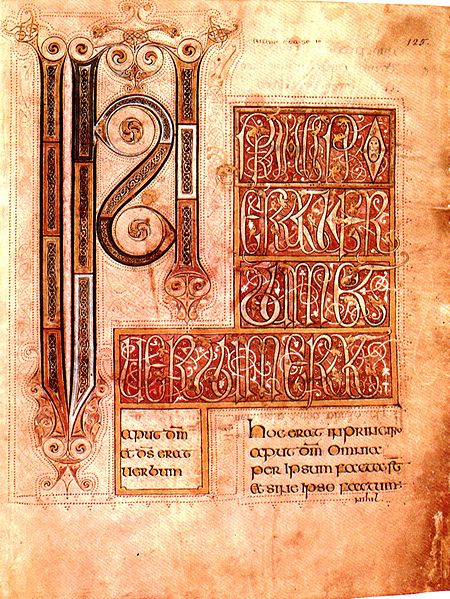 Oh! Well, I didn’t see that one coming. She wants to illuminate sacred books, like the monk Athelstan did, only we’re told that it was considered immoral for women to do such a thing. Ecbert paves the way for her to get what she wants, but wait a minute. Consider the history. As early as 735, Boniface wrote to the abbess of Minster in Thanet asking her to “write for me in gold the epistles of my lord, St. Peter the Apostle”. Educated nuns were making fine copies of books as well as church textiles and garments. A woman didn’t need permission from a bishop and a king to create something beautiful.

Now, prepare yourselves for next week because, judging from the previews, ATHELSTAN RETURNS.