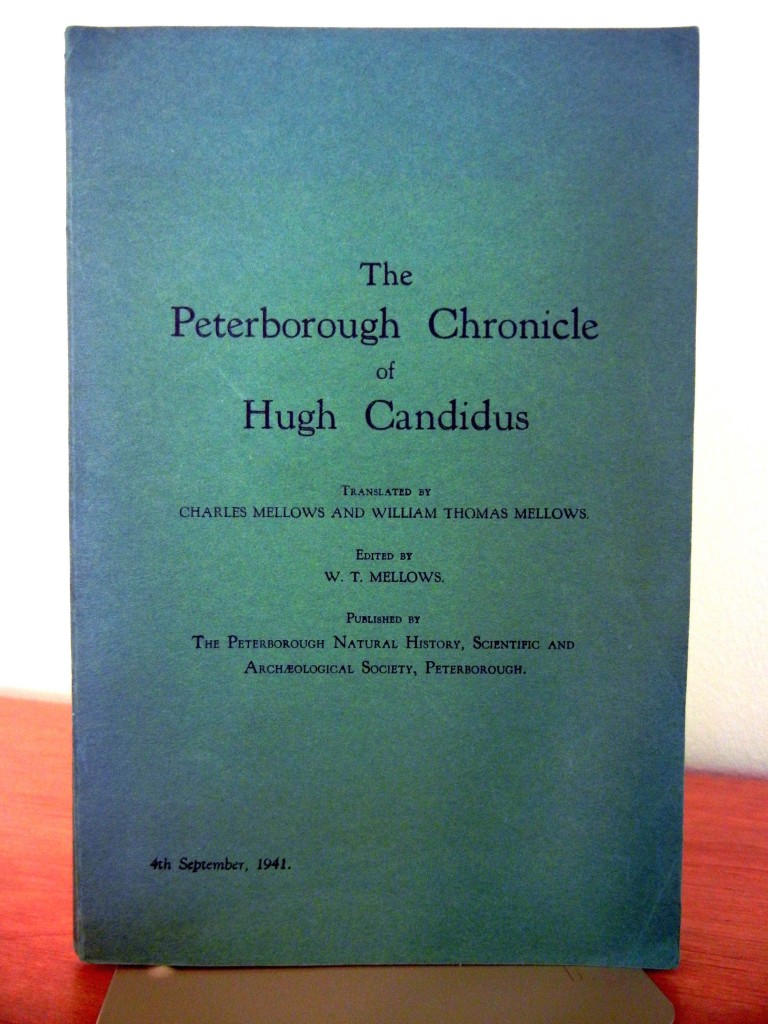 It’s publication was supposed to be accompanied by a celebration of the quatercentenary of the founding of the cathedral at Peterborough, except, there was a war on. The party was cancelled, and only this slender little volume served to commemorate the anniversary. There weren’t many copies printed, and I was delighted to get my hands on one of them. It is a translation of the medieval Latin chronicle of events at Peterborough Abbey from 655 to 1177. It seems, according to Hugh Candidus, that in the early 11th century, Abbot Aelfsy gained great favour with Queen Emma and King Æthelred. Emma was pretty tight with Aelfsy, interceding with the king on his behalf when the abbey was threatened with dissolution. Hugh also gives a list of some of the relics owned by the abbey including: Two pieces of Christ’s swaddling clothes, some bits of the manger, pieces of Mary’s veil, some of Aaron’s rod, and a piece of the five loaves that Jesus multiplied and gave to the five thousand. And if that’s not enough, the abbey also owned the right arm of St. Oswald, “his flesh and blood and skin, his fingers, yea! the very nails, in fayre and lively hue.”