The third episode in this season’s THE VIKINGS was a tough one to watch. It was titled Treachery, and that theme – betrayal of trust, faithlessness – was played out in several different ways. Viking raiders attacked an English town and slaughtered defenders and defenseless alike. Husband attacked wife. Ally attacked ally. Warrior attacked emissary. My t.v. screen ran with blood. Anyone harboring romantic notions about the Viking Age was given a blunt lesson on the brutal realities of 9th century life. The only way I could get through it was to focus on trying to puzzle out the historical elements that I imagined were used as background for the sets, the characters and the plots.

The Anglo-Saxon Chronicle entries during the early part of the reign of King Ecbert of Wessex, in the years 803 to 825 which I presume were roughly the dates for the events in this series, made no mention of heathen raids. What they did say, though, was that bishops, archbishops, abbots and ealdormen passed away and were replaced; that kings in Kent and Mercia were driven out of their kingdoms or died; and that King Ecbert ravaged Cornwall and battled the Mercians. It was harsh living in those days, and although the Vikings weren’t mentioned, they undoubtedly made sporadic raids similar to what was seen in this episode: bands of armed men arriving by sea to murder, rape and pillage.  Face it, the Vikings were thugs, as were the English, the Cornish, the Mercians, the Franks and everybody else. If you’re looking for gentle men, don’t look anywhere in the 9th century.

And don’t look too closely at this episode for any accurate correlation to historically datable events. Yes, there was a Bishop Swithun at Winchester from 852-63, but he wasn’t killed by Danes and he didn’t arrive at his bishopric until the reign of King Ecbert’s son, Æthelwulf, whom we met briefly as a young man in this VIKINGS episode. 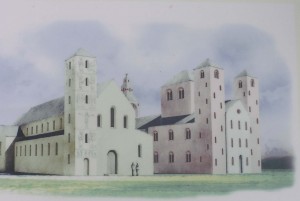 Still, I applauded the link that the show made between Swithun and Winchester because the two did have a real connection throughout the medieval period. The minster that would be built there in the 10th century would be dedicated to Bishop Swithun, and I’m betting that its square tower was the inspiration for the design of the church that we saw in this episode. That late 10th century tower, by the way, was built at the order of King Æthelred, who had even more trouble with the Vikings than Ecbert did! 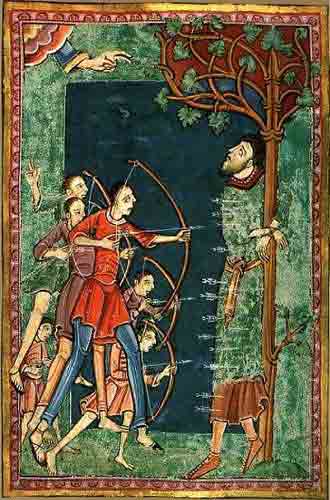 But back to Swithun. If he wasn’t killed by Danes, then what was that horrific murder scene based upon? I’ll put my money on St. Edmund, King of East Anglia, who met his death at the hands of a Viking army in about 870. (Again, way past the reign of Ecbert.) Edmund was captured and executed in the same way that  the poor bishop met his end in this episode. Yes, this was the kind of thing that really happened, and probably many times. Man’s inhumanity to man. The writers didn’t flinch from showing it, but I wonder if they lost some viewers because of it. I had to grit my teeth and think about other things.

I thought about Winchester, and how I didn’t believe that it would have been quite the sleepy settlement that it appeared in this series. Like Canterbury and London, Winchester had a Roman wall. An artist’s depiction of Dark Ages Canterbury imagines the wall, and I think Winchester would have looked similar, although without the Roman arena. 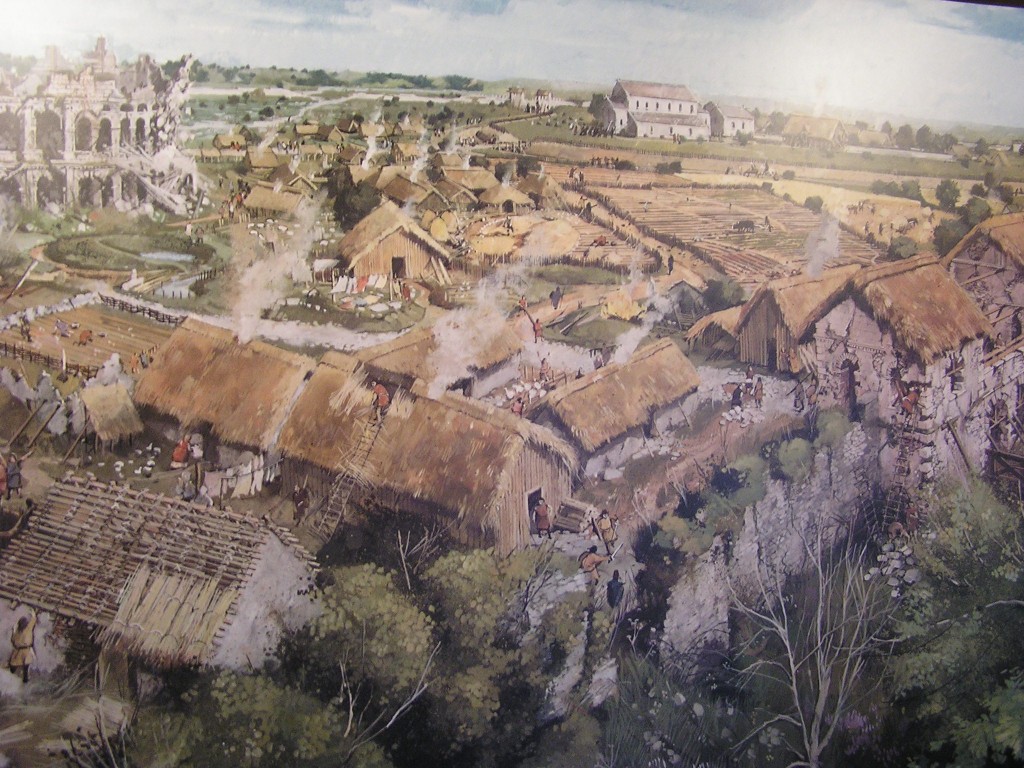 The wall would have afforded the inhabitants some protection. Wealthy thegns would have had estates within the walls and their men would have put up a good fight against Ragnar’s crew. I don’t think the town would have been quite the easy mark that we saw in this episode. That’s quibbling, I know, and this is historical FICTION, not history. Still, it would have been awesome to see that wall, and this viewer does get a little weary of seeing armed men in mail so easily cut down by the shipmen.

In the midst of all the horror on the screen my attention, mercifully, was snagged by something utterly frivolous: a haircut.

A glimpse of Bjorn’s shaved head.

Ragnar’s son Bjorn has grown up and he has been given a haircut that is totally Viking mod: long in the front and shaved up the back. In fact it’s so mod that it’s 200 years ahead of its time. Here is a shot from the Bayeux Tapestry of Normans sporting the same do in 1066. 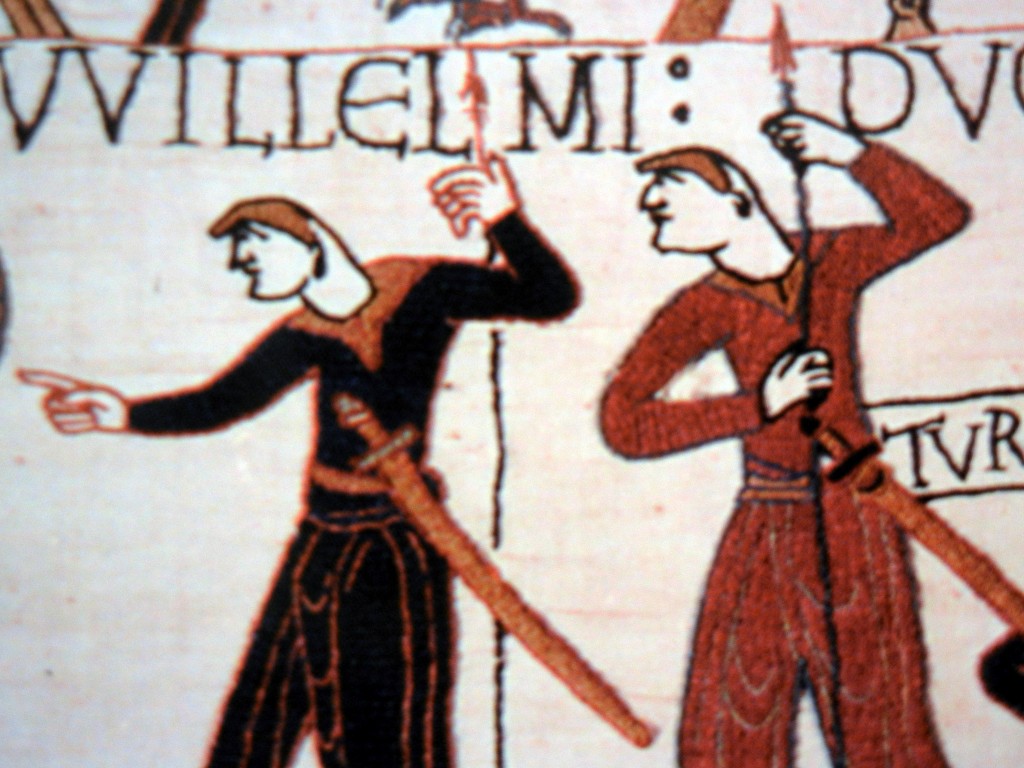 Frankly, I didn’t have a problem with that. I took one look at Bjorn and squealed, “Look! They gave him a Norman haircut from the Tapestry!”

And thank goodness, it took my mind off of what the big bad Vikings were doing to poor old Swithun.

This entry was posted in Review and tagged history, TV Series, Vikings. Bookmark the permalink.