In writing about early medieval England, one of the mysteries I’ve had to explore is how information was disseminated. We know for certain that the king – Aethelred II, for example – conducted formal meetings several times a year. There could be as many as fifty or more major landholders and ecclesiastics in attendance at these sessions. 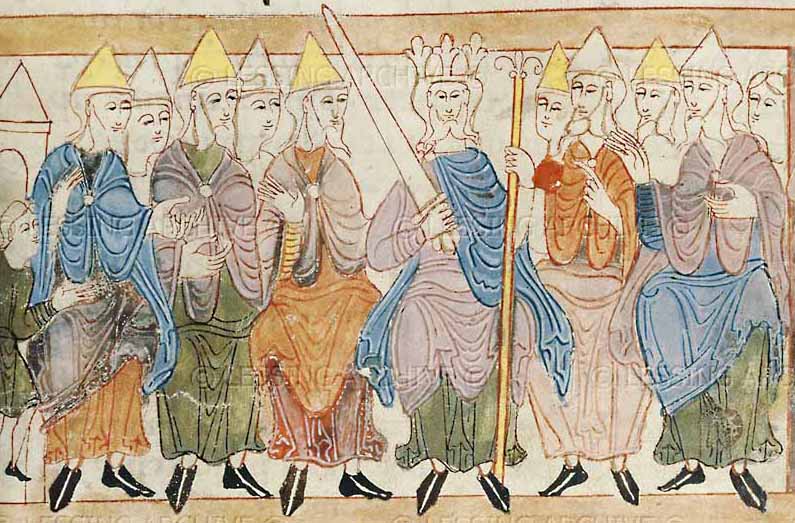 Laws would be passed, decisions made or taxes instituted, and each member present would carry that information, perhaps in writing, back to his own community to be read aloud or shared in some way. But what if there was an emergency?

How did a king residing at Winchester learn of a landing by Viking ships at Sandwich Bay, over 130 miles away?

Historians are pretty sure that there was a system of beacons, or watchfires, that were lit on hills across the south of England. The beacons were visible from one hill to the next, and would have alerted the residents to an invasion force.

But what if the king needed more specific information? Imagine that it is deep winter early in the 11th century, and there is a Danish army camped on the north shore of the Thames near Greenwich. You’re the king, and your expectation is that the invading army will stay where it is until spring. It’s winter! Nobody moves much in winter. But this particular enemy army decides to move north, burn down the town of Hertford, and then continues to pillage westward. How will the king, wintering at, say, Worcester, get word of what is going on? There are over 100 miles between Worcester and Hertford.

A messenger on a swift horse, with fresh mounts waiting every 15 to 25 miles or so, could make the journey between Hertford and Worcester in a little over 3 days, although in winter it might take longer. The days were short, the weather might play a factor, and it’s unlikely that a messenger would ride at night. Three to five days is a long time for news of a marauding army to reach a king. Could there have been a faster alternative?

I’m going to move into the realm of conjecture now (it’s what historical novelists do) and suggest that English royals used pigeons – which the English called culvers – to carry messages between the royal estates that were scattered throughout England.

They would not have been the first to do this. Pigeons had been used in this way by the ancient Persians and Greeks thousands of years before. In 8th century Europe, Charlemagne not only used them to carry messages, but he passed a law that forbid anyone but royals to make use of the birds in this way.

If Charlemagne used pigeons for communication, it’s difficult for me to believe that 11th century English royals – who were perfectly familiar with the concept of using trained raptors for hunting purposes – would not have put their culvers to work just the way Charlemagne did. Surely they didn’t raise the birds just to roast them or stuff them into pies.

I’m conjecturing now, because I have no proof, but I think that royal estates and palaces might indeed have kept pigeons for use as messenger birds. The royal birds, in combination with mounted riders, could have kept the king pretty well informed about significant or dire events within the realm. The birds could not, however, be sent just anywhere, like the ravens in Game of Thrones or the owls in the Harry Potter books. That would be fantasy. Homing pigeons take a great deal more thought and care. The birds fly to their home nest, which means that before they can be used to carry messages back to that nesting place, they must first be carted to whatever spot – a royal estate, for example, or an urban palace – from which someone might wish to send a message.

Carrier pigeons can fly at speeds of about 50 miles an hour, compared to a horseman who might cover, at best, 30 miles a day. Using a combination of beacons, birds and riders, an early medieval king could keep his finger on the pulse of a nation. What he did with the information he received – well, that’s another story!