I recently purchased a copy of The Anglo-Saxon Chronicles, translated and collated by Anne Savage. It wasn’t as though I needed a copy of the Chronicle. There’s a wonderful on-line version translated by Rev. James Ingram (London, 1823), which is in the public domain. I printed it out six years ago and have had it at my elbow ever since. But I had read a review of Anne Savage’s book that made reference to the wonderful images reproduced in this quarto size edition, and I thought that it might be worth having. So I ordered the book….for the pictures. When it arrived I immediately sat down to look at every photo and every caption, completely ignoring the text…I’d look at that later.The first happy discovery I made was an image of a beautiful object I had photographed myself last October at the Viking Ship Museum at Roskilde. Unfortunately, I had not made a note of what the darned thing was (never trust your memory!), and I had been wondering about it ever since. Below is my photo (much better than the black and white version in Savage’s book, I might add.) Can you guess what it is? See the note at the end of this post for the answer. 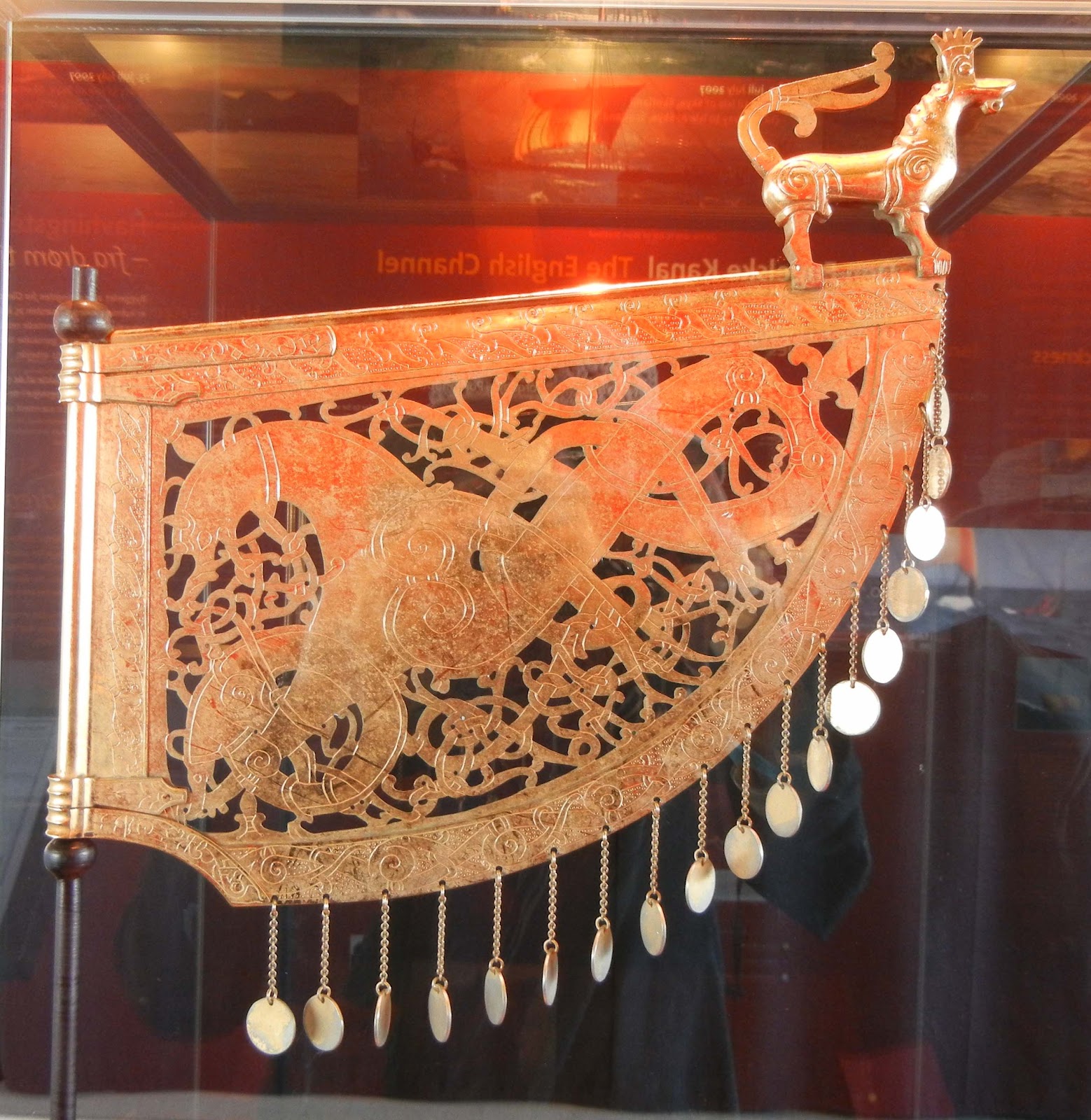 Another manuscript page, from the Benedictional of Bishop Aethelwold of Winchester is, according to Savage “the most sumptuous surviving production of the Winchester school and was painted there between 971 and 984 under Aethelwold’s supervision. The glory of the manuscript is its colour and ornamentation. Huge, brilliantly coloured acanthus leaves spill out of the frame and every inch of the page is packed with decoration.” 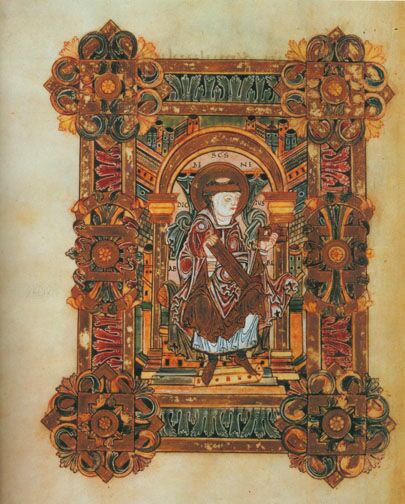 One cannot help but wonder if the walls of the great Anglo-Saxon minsters at Winchester, London and Canterbury might have received the same colorful treatment as the manuscripts. I can tell you that the Anglo-Saxons loved color and that their clothing and their churches probably reflected this as much as their manuscripts did. But a picture, as you know, is worth a thousand words.

One Response to The Picture Book